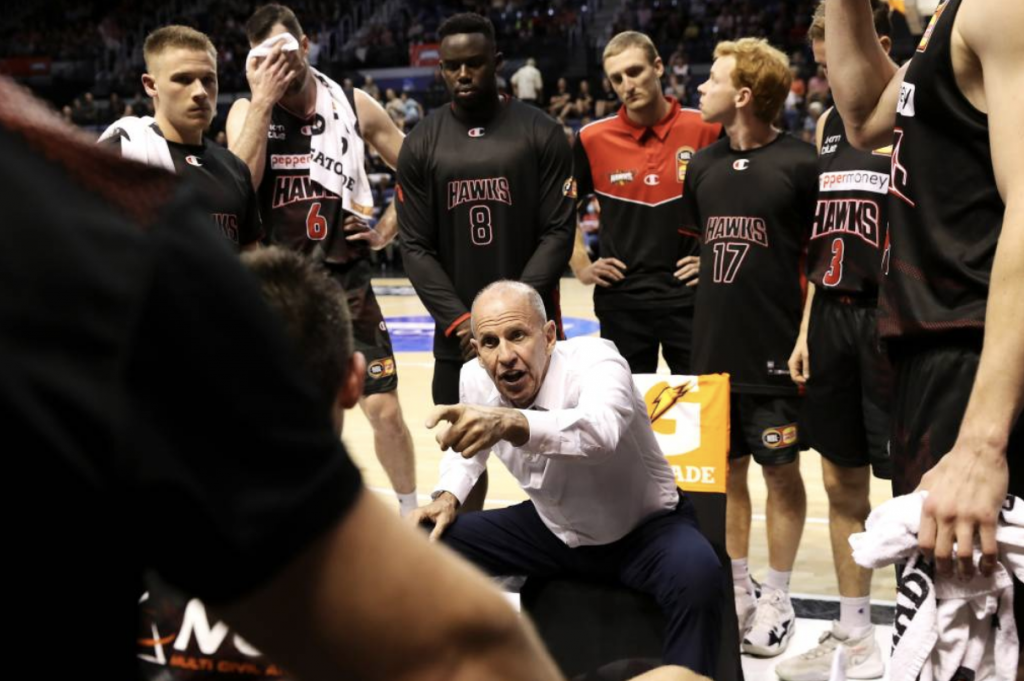 LAST season the Cairns Taipans were the clear-cut most improved side of 2020 after a horror 2019 campaign. This season in 2021, that mantle falls to the Illawarra Hawks led by their hall of fame coach Brian Goorjian, as they pursue an unexpected top four spot that few would have predicted prior to the opening round with a current record of 10 wins and 11 losses.

Currently in the midst of a jam-packed three-game Round 13 and having won just a single game in their last six performances, Goorjian and his side are at a pivotal stage of their NBL season. If the Wollongong-based squad can emerge with a couple favourable results heading into next week, then Illawarra can create more margin for error with the limited games remaining at the tail end of the season.

However, the first of Illawarra’s three games in Round 13 did not bode well for the fifth-placed side, going down 82-88 to the Bullets last night after a lazy second half allowed the Bullets to capitalise in the last 20 minutes.

Going back to the start of the season, Illawarra’s fan base could not have asked for a better start rattling off four consecutive wins, all away from home, with Melbourne United being the only team with a win-loss record just as good earlier in the season.

The Hawks endured their first hardships of NBL21 when they went down to both Melbourne sides in the Phoenix and United back in Round 4 and 5. However, the Australian basketball community witnessed the Hawks’ ability to bounce back from defeat by toppling the Sydney Kings 85 to 82 straight after their losses.

With their win over the Kings, up next for Illawarra and the other eight sides would be the inaugural NBL Cup. For the Hawks in particular, the competition was one of highs and lows with the team finding neither good nor bad form. Illawarra split their eight matches over the four rounds with four wins and four defeats during their time down in Victoria.

Concluding the mid-season tournament tied for fourth place, it was back to the regular format of the NBL season, but the Hawks resumed their season in unceremonious fashion going down first in Melbourne against United, and then again to Perth in Western Australia. The luck briefly switched directions, when the Hawks beat the Brisbane Bullets to end Round 11, but Illawarra’s recent lack of form continued to today.

Losing both of their Round 12 contests by double digit margins (32 points to the Phoenix and 12 points to the Adelaide 36ers), it brings the Hawks to today as they attempt to solve a litany of issues on the offensive and defensive end during this late stage in the season, having won just one game in their last six outings.

Easily Illawarra’s primary scoring weapon, Tyler Harvey is aiming to make a name for himself on the professional stage and so far, he is doing just that. The 27-year-old more times than not has single-handedly wreaked havoc on defensive line-ups due to his silky ball-handling and ridiculously efficient floater game. This has seen the guard build up averages of 19.2 points, 3.4 rebounds and 2.7 assists per game.

Other key contributors have included Justinian Jessup (14.4 points and 4.4 rebounds), who exhibits sharpshooter qualities week in and week out, the big bodies of Cameron Bairstow (11.4 points and 6.2 rebounds) and Sam Froling (10.3 points and 7.2 rebounds) – the final individual to average double-digit point totals per game amongst the roster, Justin Simon (8.9 points, 5.8 rebounds and 2.0 assists) who has shown glimpses of stellar play here and there, and finally Daniel Grida who will look to make an impact after returning from an ACL injury on Saturday against the Sixers.

While many players have provided either expected or impressive numbers to this point in the campaign, youngster Deng Adel has struggled to find his rhythm and really solidify himself amongst the Hawks. After averaging 15 points and 5.2 rebounds per game during his junior year at the University of Louisville, Adel has fallen flat in his rookie NBL fixture with just 6.7 points and four rebounds per game next to his name, with many keen to see what he can produce when he gets going.

Illawarra’s next two games at home bring the possibility of a positive trajectory up the standings as Sydney sit half a game above them in fourth position. But in their next encounter with the Phoenix on Friday night, perhaps some redemption can be earned by the Hawks after they suffered their biggest loss of the season against South East Melbourne not long ago. They then end their home stand by hosting the Cairns Taipans on Sunday before undertaking what will be very challenging Rounds 14 and 15 fixtures against Perth, Melbourne and Sydney. Remaining contests in Round 16 and onwards are yet to be released.

Those who are faithful to the Hawks franchise are ready to explode with passion if their side can start winning contests. If given the chance to make their first postseason appearance since the 2016/17 campaign, then how far this team can go is limitless given the high calibre play that Goorjian’s players have shown on numerous occasions, particularly early on in NBL21.