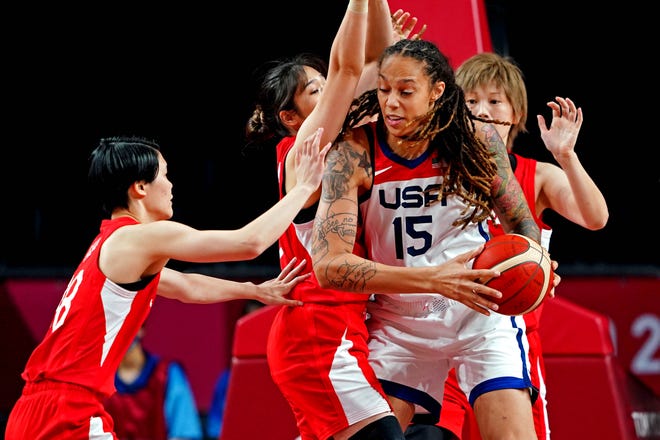 The world number ones asserted their authority from the opening tip-off, piling on 23 points to 14 to lead by nine at the first break. They extended that margin to double-digits by half-time in what was a high-scoring stanza, 27-25. Another consistent quarter from the United States saw them score 25-17 in the third term and extend the lead out to a match-winning 19 points. To Japan’s credit, the home team dug team and won the final term 19-15, though it was too little, too late, and they had to settle for a 15-point defeat, 75-90.

The United States were far more accurate from the field than Japan, hitting 54 to 36 per cent of their field goals. They only scored four of 13 from long-range – half of the amount of makes from the Japanese – though the losers also only scored at 26 per cent from beyond the arc. United States had more rebounds (44-38) and assists (28-16), as well as dominating in the paint (58-40) and having more fast break points (19-7). Japan had less overall turnovers (10-12), and scored more second chance points (19-13), as well as far more off the bench (40-13). The United States never conceded the lead, blowing it out to as much as 25 points at one stage, and never looked like losing in a dominant performance from the tournament favourites who did not drop a game.

Maki Takada was the top scorer for Japan with 17 points, but it was Nako Motohashi (16 points – four of five from three-point range – five rebounds and four assists) who really stood out. They were the only two Japanese to hit double-figure points, as Monica Okoye (four points, eight rebounds) and Rui Machida (eight points, six assists) were impacting in other ways outside the scoreboard.