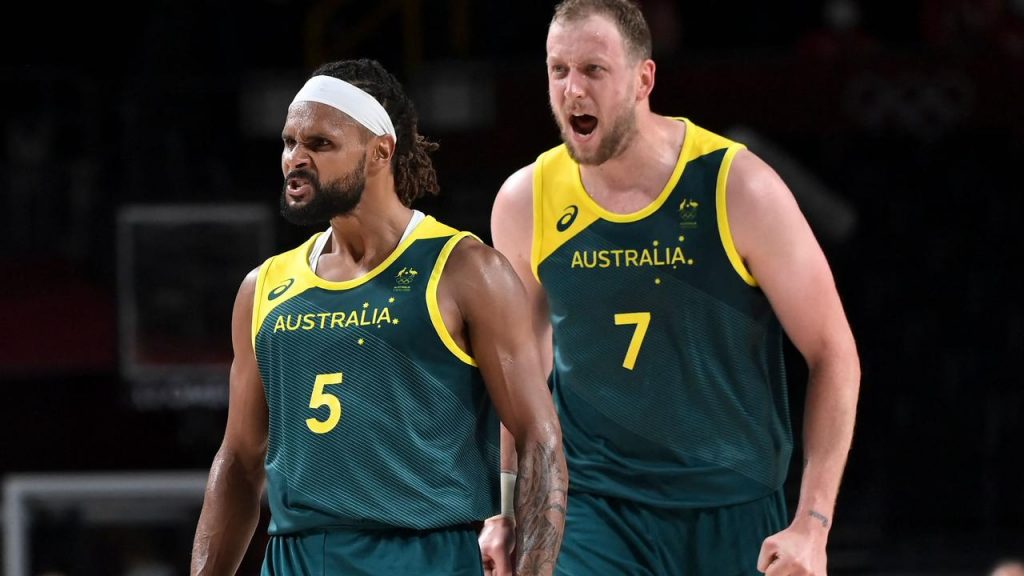 IT was a historic day at the Tokyo Olympics as Australia grabbed its first ever men’s basketball medal by winning the Bronze Medal Match against Slovenia, while United States delivered with revenge on France from the group stage to secure the gold yet again. In the sole women’s match, France secured the bronze with a 15-point win over Serbia.

After a questionable lead-up to the Olympics and first-up group stage loss to France, the United States have found a way to take home gold yet again, overcoming the French in the Gold Medal Match by five points. Taking an early lead, the United States got out to a four-point advantage at the first break, and extended that to five by half-time. Their lead grew further with another winning third term to be up by eight with a quarter to play. France hit back to win the final quarter by three, but it only cut the deficit to five after the United States got it out to as much as 14, before eventually winning 87-82.

Australia collected its first men’s basketball medal in history since competition began way back in 1956, triumphing over Slovenia by 14 points. It took a while to shake off the determined Slovenians, who had made it all the way to the final four off the back of a huge qualifying campaign. The Boomers made a point of reducing Luka Doncic‘s impact, and it worked, winning every quarter in a four quarter performance. Australia led by one point at quarters time, eight points at the half, up to 11 by the final break and eventually kicking it out to 14 when the final buzzer sounded and the Boomers could finally celebrate.

Australia was terrific from the field (55 to 49 per cent cent) draining 14 triples to 12 and then punishing Slovenia on points from turnovers (19-8) after their opposition had seven more turnovers (17-10).  Slovenia recorded more rebounds (39-32), and more second chance points (14-10) but were forced to look to their bench (41-18) as Australia had all the answers for the starting lineup, leading by as much as 17 at one stage.

Patty Mills put up one of the all-time outstanding performances, with the Opening Ceremony flag bearer carrying his side to a bronze medal on the back of a whopping 42 points, nine assists and three rebounds, with 15 of 31 from the field going in, including four of 15 from long-range. Joe Ingles (16 points, nine rebounds and four assists) and Matisse Thybulle (11 points, five rebounds and four assists) came along for the ride with superb performances themselves, while Dante Exum (12 points, two assists) and Jock Landale (14 points, two rebounds) also reached double-figures.

Doncic still managed 22 points, eight rebounds and seven assists, but was less efficient with his shooting managing just seven of 20 from the field. Klemen Prepelic (18 points – three of six from beyond the arc – seven rebounds and two assists) was also another strong performer, as Mike Tobey (13 points, five rebounds and four assists) and Jaka Blazic (12 points, two rebounds) reached double-figure points too.

In the standalone women’s basketball match, France grabbed the bronze medal over Serbia in a battle of the semi-final losers. Serbia put up a fight early having been overwhelmed by the United States in their semi, leading by four points at the first break, but eventually the world number fives – incensed from a missed opportunity against home nation team and world number 10s Japan – clicked into gear. The French hit the front and led by three points at half-time, then piled on 24-16 in the third term to extend that into double-digits and eventually run the game out comfortably for a 15-point win, 91-76.

France was more accurate from the field (50 to 41 per cent) and had more rebounds (37-33) and assists (21-16), but also had more turnovers (14-9). This enabled Serbia to punish the favourites early with 18 points to nine off turnovers, as well as 34 points to 18 in the paint. It was France’s shooting from beyond the arc which was the difference, pouring on 14 of 27 three-pointers to just five of 18 off Serbian hands.

Gabby Williams was the topscorer for France with 17 points – four of five from three-point range – eight rebound and four assists, teaming up with Endene Miyem (16 points – two of four from beyond the arc – and five rebounds). Sandrine Gruda (14 points, five rebounds and four assists) was efficient in getting to the line, whilst Maxime Fauthoux (12 points, two assists) was one of another four players to reach double-figure points in an even team split.