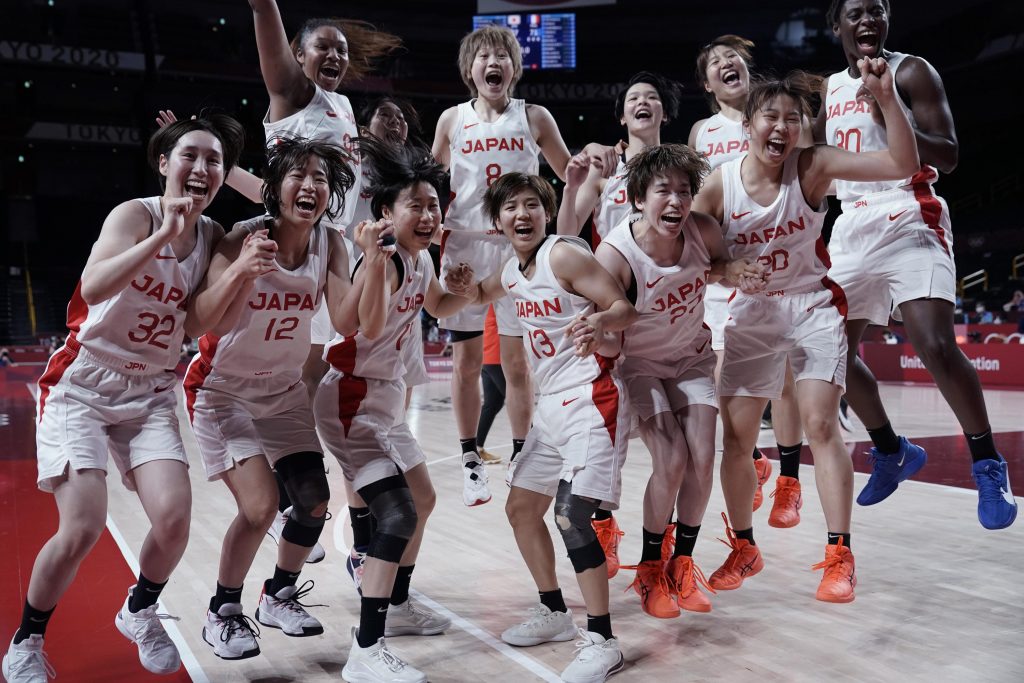 HOME nation competitor Japan has guaranteed itself a medal by upsetting France in the semi-finals to set up a huge Gold Medal Match against United States on Sunday. The world number 10 nation in the world will try and upstage the world number ones, with the powerhouse winning eight of the last nine golds. The United States took care of Serbia in a one-sided contest to secure their highly-predictable spot in the last match of the Tokyo Olympics.

Raging Gold Medal favourites the United States made light work of world number eight Serbia, racing to a 13-point lead at the first break with a big 25-12 quarter. They extended that advantage to 18 by half-time and were firmly in control of the contest. Serbia lifted in the second half, but the United States were strong enough to hold them off, winning both terms by a point each to push the final margin to an even 20 points, 79-59. The United States were far more accurate with 48 to 30 per cent from the field, really showcasing their ability inside the arc (57 to 33 per cent) and inside the paint (36-28). They were a little unclean for their liking with 17 turnovers to 12, which Serbia capitalised on with 19 points to six. The losers had more steals (13-8) and bench points (42-35), but the United States won the rebounds (36-23) and assists (19-14).

Brittney Griner amassed a huge double-double to lead her side with 15 points and 12 rebounds, just ahead of Breanna Stewart who also achieved the feat courtesy of her 12 points, 12 rebounds and three assists. Chelsea Gray put up 14 points and two rebounds for the United States, while A’ja Wilson (nine points, three rebounds and two assists) and Sue Bird (eight points, four assists and three rebounds) were also strong contributors. For Serbia, Yvonne Anderson was a lone hand on the scoring front with 15 points and two rebounds, as Maja Skoric was the next highest with nine points, as well as two assists, while Angela Dugalic picked up a team-high 10 rebounds to go with four points.

A dominant middle two quarters proved the perfect formula for Japan to book its place in the Gold Medal Match and guarantee itself a first-time medal in basketball. The world number 10s fell behind against France early, as the world number fives put up 22 points to 14. The home nation responded with 27 points to 12 to lead by seven at half-time to completely turnaround the contest. That momentum from the second term continued after the main break with another dominant 27-16 quarter which blew the lead out to 18 points at the final change. France did manage to stem the tide in the last quarter with 21-19, but it was a case of too little, too late with Japan getting up by 16 points, 87-71 to set up a clash with the United States. Japan averaged 52 per cent from the field compared to France’s 41 per cent, hitting half of their triples (11 of 22) as well as leading the rebounds (36-33) and assists (28-21).

Himawari Akaho led the way for the home team with 17 points, seven rebounds and two assists, teaming up well on the scoring front and off the boards with Yuki Miyazawa (14 points, seven rebounds and three assists) who knocked down three of seven from beyond the arc. Rui Machida was an absolute machine with her pinpoint passes racking up 18 assists to accompany nine points and three rebounds in the win, whilst Evelyn Mawuli also was productive with nine points and two rebounds in 13 minutes on court. Sandrine Gruda was the standout shooter for France with 18 points, three rebounds and two assists, ahead of Marine Fauthox (13 points). Gabby Williams was not as prolific on the scoring front with just four points (two of 11), but amassed eight rebounds and seven assists in the loss.