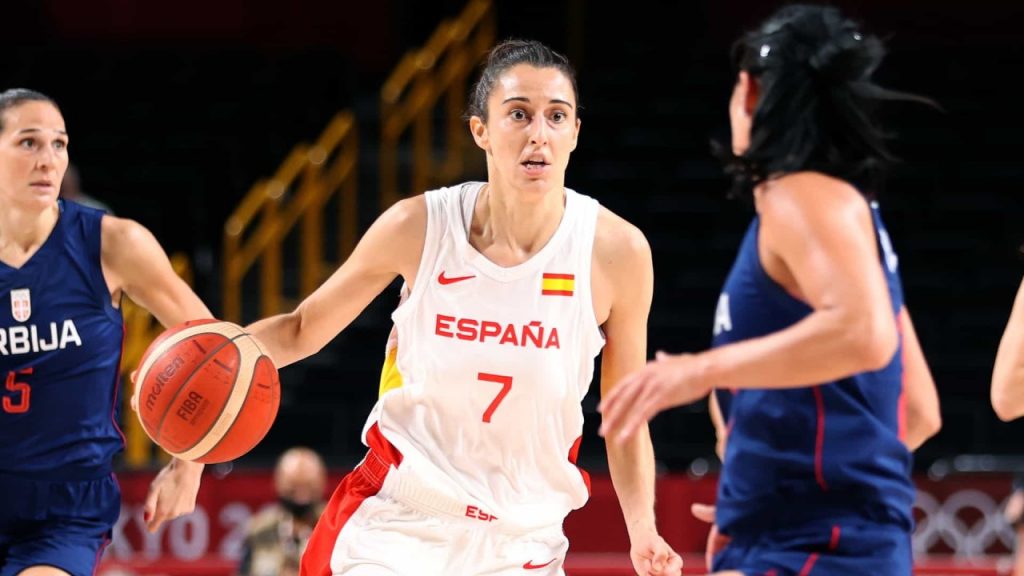 SLOVENIA and Spain both booked their spots in the next stage of the men’s basketball at the Tokyo Olympics ahead of their final round clash, whilst Canada kept its hopes alive of remaining in the hunt in the women’s basketball, as Spain moved to 2-0 in the group.

Slovenia has completely dismantled home nation Japan in a 35-point win to set up an undefeated clash with Spain for top spot in Group C. Having earned the right to progress through to the next stage, it was a convincing win from the Slovenians, who won every quarter by at least four points. They lead by 12 at half-time and extended the lead to 16 at the final break, before showing no mercy in the final term with a last stanza belting of 36-17 to run away 116-81 winners. The largest margin of the game got to 38, with as many as 16 consecutive points at one stage. Slovenia was more efficient from the field (54 to 32 per cent) and destroyed the home nation in the rebounds (37-24) and assists (27-15), with most of their dominance coming in the paint (54-28) and off second chance points (18-12).

In the late game last night, Spain remained undefeated to book its spot in the next stage with a 10-point win over Argentina. Trailing by five points at quarter time, the Spanish got back on top in the second term to score 20 points to nine and hit the front by six at half-time. From there, they held off their South American opponents, winning both of the remaining quarters by two, and posting the 81-71 win. Spain shot at a higher clip from the field (53 to 43 per cent) and had more assists (17-13) and less turnovers (20-24), though Argentina had more rebounds (35-30) and matched them in most other areas across the board.

Ricky Rubio was a one-man scoring machine for Spain, winning the game off his own hand with a massive five of six from beyond the arc to total 26 points, as well as five rebounds and four assists. Sergio Llull finished with the 10 points, while Pau Gasol (nine points, eight rebounds and two assists) and Victor Claver (nine points, two rebounds) were the next highest scorers in an otherwise even team spread. For Argentina, Nicholas Laprovittola caught fire from outside the arc, nailing five of nine from long-range and finishing with 27 points, four assists and two rebounds. Luis Scola (13 points, two rebounds) and Facundo Campazzo (10 points, four rebounds and three assists) were the other double-figure scorers.

In the battle of the Round 1 losers, Canada kept its hopes of progressing through to the next stage alive following a 21-point victory over Korea. In a strong defensive performance, the Canadians kept their opponents to 15 points and under in each quarter, whilst scoring 16 or more points in every quarter. Leading by eight points at the final break, Canada poured on 25 points to 14 in the last, to win 74-53. Neither team shot particularly well (39 to 34 per cent), but the Canadians dominated the rebounds (54 to 32), as well as making the most of points in the paint (40-30) and second chance points (15-6).

In the other Group A match, Spain put itself in best position for the next stage with a 15-point victory over Serbia. Following their less-than-convincing narrow win over Korea in the opening game, Spain was much ore consistent in the second half, coming from a point down at quarter time and three at the half to post the victory. Spain took the lead by one heading into the final break, then stormed away with a 26-12 final term to run out an 85-70 winner. Serbia had more rebounds (40-34), but the Spanish were more accurate from the field (48 to 43 per cent), and also had more assists (22-20) and less turnovers (10-12). The final 15-point difference was the largest of the game.

Alba Torrens was a standout with her shooting, putting up three of eight from beyond the arc to finish with a game-high 25 points, as well as three assists. Astou Ndour came close to a double-double of 20 points and nine rebounds, while Maite Cazorla (17 points, two assists) and Christina Ouvina (10 points, eight rebounds, eight assists) were also strong, the latter agonisingly close to a rare triple-double. Jelena Brooks managed 16 points and four rebounds for Serbia, with Yvonne Anderson (15 points, eight rebounds and four assists), Sonja Vasic (11 points, six rebounds and three assists) and Tina Krajisnik (11 points, four rebounds) the other double-figure scorers.