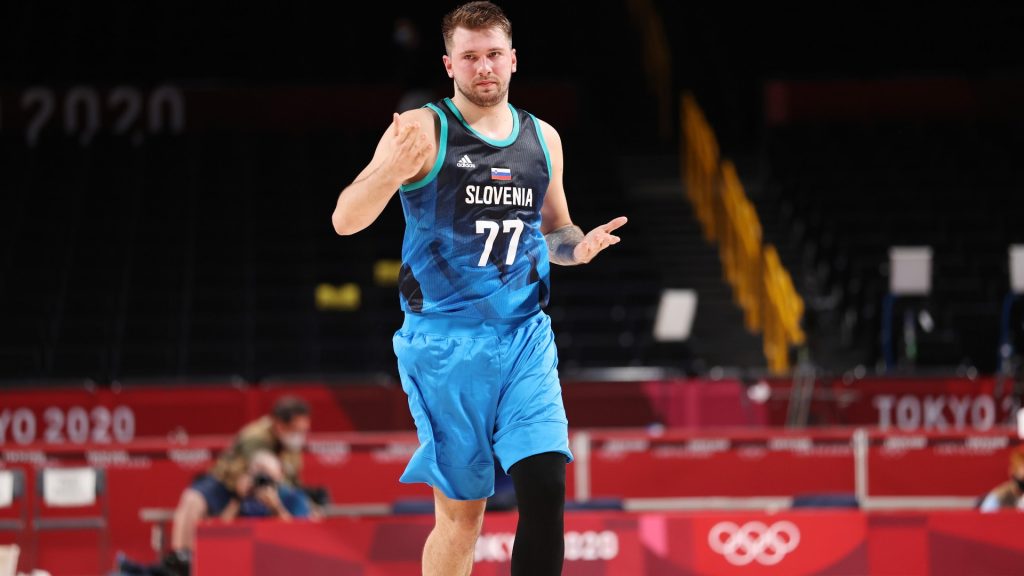 IT was a good day to be a Spaniard with both the men’s and women’s basketball teams notching up hard fought wins. The first day of the women’s basketball action got underway yesterday with Serbia prevailing in a hard-fought win while the men’s continued to roll on with Slovenia getting the win credit to a huge individual effort.

The battle between Argentina and Slovenia had many ebbs and flows but one thing that remained the same was the presence of Luka Doncic who led Slovenia to a 18-point victory. It is fair to say that it was a one man show as he drained a staggering 48 points in the victory. Slovenia opened up an eight-point lead at quarter time and extended that margin at half-time credit to a 30 points to 18 term. They also went on to win the third quarter and while Argentina fought their way back into the contest ever so slightly in the fourth, but Slovenia had already done enough to comfortably secure victory.

Doncic was in fine form and simply could not be stopped recording a huge double-double thanks to his 48 points and 11 rebounds, eight of which were defensive. He also managed five assists and three blocks in the win. Klemen Prepelic was a solid contributor with his 22 points and impressive field goal percentage of 75 per cent while Vlatko Cancar managed 12 points and five rebounds in the win. Mike Tobey had a game to remember draining 11 points and reeling in a whopping 14 rebounds. For Argentina Luis Scola was the dominant scorer registering 23 points in his 27 minutes out on court, while Facundo Campazzo produced 21 points, six rebounds, four assists and three steals. Gabriel Deck worked in overdrive to keep Argentina in the hunt slotting 17 points and eight rebounds while Luca Vildoza was sound with his 11 points, three rebounds and five assists.

Spain got their campaign off to a good start claiming an 11-point win over Japan. Spain asserted themselves early in the first quarter to open up a handy four point lead but the real damage was done in the second quarter when they piled on 30 points while keeping Japan to just the 14. Japan hit back in the third quarter to eat into that deficit and kept their foot on the pedal in the final term but it was too little too late as Spain had done all the damage and rode out the game to claim the win.

Yuta Watanabe was the leading points scorer for Japan as he finished with an impressive 19 points, eight rebounds, three assists and five steals to his name in an all-round comprehensive performance. Rui Hachimura was also in nice touch draining 20 points albeit at a lowly 38 per cent from the field. Yuki Togashi, Kosuke Kanamaru and Gavin Earl Edwards all managed eight points apiece, with the latter also registering a handy seven rebounds and four assists. Once again it was Ricky Rubio that kick-started things for Spain with the star collecting 20 points in his 21 minutes out on court. He fell just short of a double-double credit to his nine assists. Victor Claver was the next cab off the rank with 13 points and nine rebounds, as Marc Gasol also chimed in with 12 points. Alex Abrines was the only other player to hit double-digits thanks to his 11 points and 50 per cent conversion rate from the field.

Spain walked away with the win over Korea albeit by a narrow four points with Korea fighting every step of the way. Spain skipped out to an early one-point advantage before Korea mounted a comeback in the second to flip the script and take the lead at half-time. This topsy turvy nature continued throughout the third term with Spain once again fighting back and although Korea showcased glimpses of magic simply could not maintain that high level of output to secure the win.

Leeseul Kang was in hot form for Korea draining 26 points at 53 per cent from the field. She also recorded seven rebounds all of which were defensive. Teammate Ji Su Park also plied her trade with 17 points with her accuracy from the charity stripe coming to the fore sitting at 100 percent. She also impressed off the boards with 10 rebounds, three assists and three blocks. Hyejin Park was the sole other player to reach double-digits for Korea with her 14 points. For Spain it was Astou Ndour that paved the way with her scintillating form collecting a game-high 28 points. It did not stop there for Ndour as she also reeled in 10 rebounds, eight of which were offensive. Laura Gil registered a double-double with her 16 points and 14 rebounds while Cristina Ouvina played a handy role with her 11 points in 30 minutes of action. She also plied her trade off the boards with seven rebounds and racked up eight assists.

It was an intense battle between Serbia and Canada as the lead chopped and changed throughout the contest, but in the end it was Serbia that mustered up the energy to ride out the game and claim a narrow four-point win. Serbia held sway for majority of the game outscoring Canada in the first half to take a handy lead into the break. But Canada flipped the script in the third with a whopping 17 point to 29 quarter to change the course of the game. But Serbia managed to dig deep and find another level to kick into sinking 27 points while keeping Canada to 23 to steal the win.

Serbia had no shortage of contributors throughout the match as Sonja Vasic mounted the charge with her 16 points at 60 per cent from the field. She also recorded three rebounds and three assists in the win. Yvonne Anderson was next best sinking 12 points in her 25 minutes out on court while also picking up five rebounds and three assists. Ana Dabovic found her rhythm nailing 11 points with her accuracy from the free throw line sitting at 100 per cent. Nirra Fields worked in overdrive to keep Canada within striking distance slotting 19 points, four rebounds, three assists and four steals. Teammate Kia Nurse was also an imposing threat draining 16 points but did not have her radar on only converting at 33 per cent from the field. It did not stop there as she managed six rebounds, four assists and three steals. Shay Colley proved to be an impact player with her 12 points in 13 minutes but it was not enough to get Canada over the line.