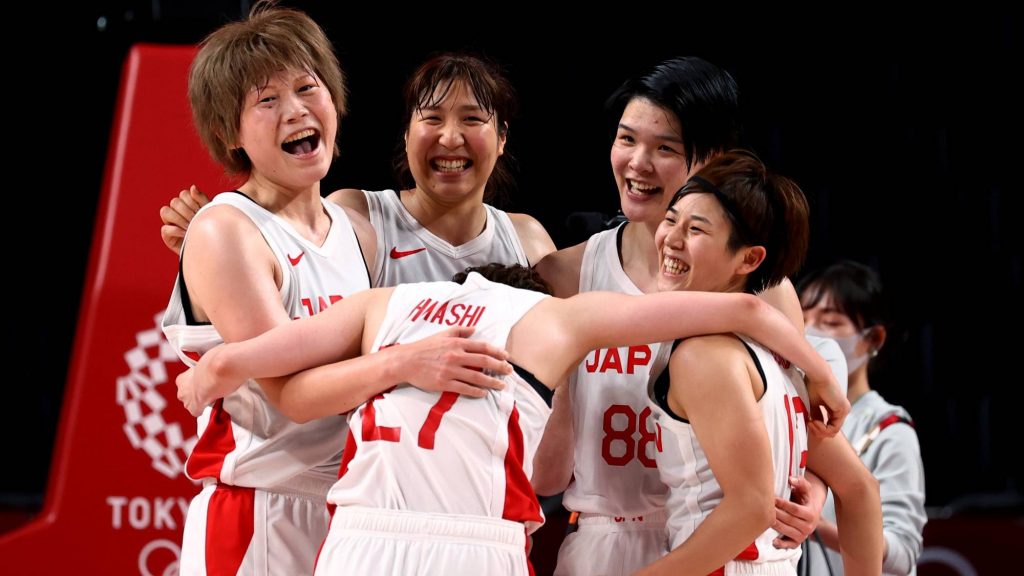 THREE of the top four seeds following the group stage of the women’s basketball bowed out in upset quarter finals. Group winners, Spain and China both lost to France and Serbia who finished third and second in their respective groups, whilst Belgium – the highest finishing second side to earn a spot in the first pool – also bowed out, losing to Japan. The only result that went as expected was powerhouse United States rolling Australia in a battle of the top two nations in the world, but it ended up being a fizzer with a 24-point win going the way of the world number ones.

Serbia produced a memorable fourth quarter performance to run over the top of China in a come-from-behind win by seven points. Going ahead by two at the first break and at half-time, Serbia found itself in trouble when the Group C leader piled on 25 points to 14 to open up a nine-point advantage with a quarter to play, Lucky for the European nation, it was up for the task, pouring on 28 points to 12 in the lat stanza to win, 77-70. The teams were even across the board with basically nothing separating them on most stats, though Serbia were cleaner with 10 less turnovers (13-23), whilst scoring far more points in the paint (42-26).

Jelena Brooks scored a team-high 18 points, while Sonja Vasic (16 points, 10 rebounds) picked up a double-double, and Ana Dabovic (13 points, six assists) was the key facilitator. For China, Shao Ting managed the 17 points, six rebounds and five assists in a big effort for the losing side, whilst Han Xu (15 points, seven rebounds) and Li Yueru (12 points, six rebounds) were also busy across the match.

The top two nations in the world clashed, and it was the unbeaten world number ones who came up trumps, with United States putting Australia to the sword to win by 24 points, and end a disappointing Olympics campaign for the Opals. From the first tip-off it was clear the United States were on a mission, and the Gold Medal favourites never looked liked losing, piling on 26 points to 12 in the first term, the United States led by 21 at the main break. That blew right out to 29 by the final break, before Australia grabbed some consolation points in the final term to win it, but still lose by 24, 55-79. The United States were far more accurate (45 to 30 per cent from the field), had more rebounds (44-38) and assists (24-17), and punished Australia on points from turnovers (20-11), with a 17-point run coming at one stage.

The tightest match of the quarter finals came in a thrilling come-from-behind win from Japan that could have gone either way. The home nation led at quarter time over Olympic Games debutants Belgium by three points, but then found themselves down by a point at the main break and seven with a quarter to play. Storming home in an entertaining last quarter, Japan hit the front with 16 seconds remaining courtesy of a tripe from Saki Hayashi to go up by one, and whilst Belgium chewed up the clock to get the ball to Kim Mestdagh for the buzzer-beating attempt, it did not go in and the home nation advanced through to the final four with a one-point victory, 86-85. Belgium was more efficient from the field (51 to 47 per cent), though Japan had more three-point makes (14-11). The home team was beaten in most statistical areas, but dug deep and just found a way to win in the end by getting to the line more often and converting.

Yuki Miyazawa was the standout with a whopping seven of 13 makes from beyond the arc to total 21 points, three rebounds and two assists, leading the way with Maki Takada (19 points, four rebounds and two assists) aiding well. Himawari (12 points, seven rebounds) and Rui Machida (10 points, 14 rebounds) were the other two key players on court for the Japanese. Emma Meesseman was undoubtedly a standout for Belgium, amassing a double-double of 25 points, 11 rebounds and six assists, doing the bulk of the work with Mestdagh (24 points – seven of 11 from long-range – seven rebounds and five assists), while Julie Allemand (11 points, eight assists and four rebounds) was also impressive.

World number three Spain joined Australia and Canada on the sidelines as top four nations out of the Olympics, falling to the fifth ranked France in an entertaining three-point contest. The French led by five points at quarter time, six at half-time and seven by the final change, holding the Spanish at bay to set up a huge final term. Spain came home with a wet sail, winning the term 16-12, and even having a three-point attempt off the hand of Maite Cazorla with four seconds remaining to tie the game, but it was not to be with France picking up the rebound and securing the victory. France was simply more efficient from the field (49 to 34 per cent accuracy), and had more assists (20-12). Spain topped the rebounds (38-36), dominating the offensive count (17-5), but it was France who won the defensive count (31-21) which contributed to the narrow 67-64 victory.