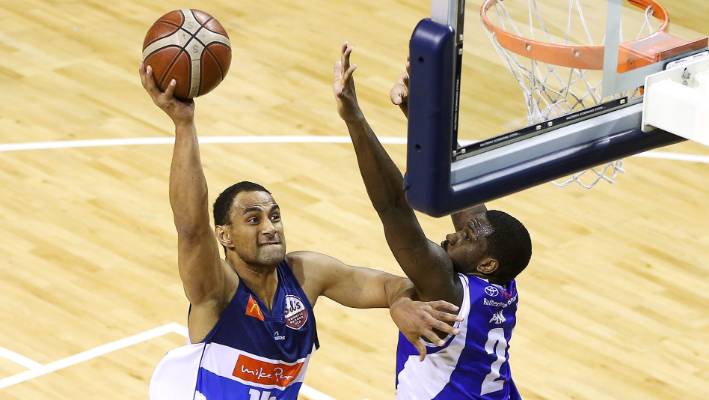 AS the only New Zealand National Basketball League (NZNBL) inaugural side to have taken part in every season since 1982, the Nelson Giants have plenty of history on their side. The 2020 Sal’s NBL competition might have a different format, but the side from Nelson is going to treat it like it would any other regular season.

Playing out of the Trafalgar Centre, the navy blue and white side has won three championships – in 1994, 1998 and 2007 – and will be keen to add another one to the trophy cabinet if they can come up trumps this year.

Back for another year at the helm after beginning his reign as head coach of the Giants last year, Head Coach Mike Fitchett is just pleased to have the opportunity to get out on court. The sentiment of being able to play is not lost on the former Tall Blacks representative and New Zealand Breakers assistant coach.

“We are really grateful to have a league to play in in 2020,” Fitchett said. “So many leagues around the world were either unable to finish or unable to start, so we are happy to be competing. “Our local players had been training hard since the start of January, so it is great that most of them are able to play in this league. “The competition is a unique concept, and it will be really interesting to see how teams approach it.”

It is hard to determine an exact game plan until the list is filled out in next week’s Player Draft, but with Pre-Selection taking place over the weekend, Fitchett is looking forward to welcoming the first of the players, including a Tall Blacks legend.

“Our style of play will depend on the players we are able to pick up to complement our locals,” Fitchett said. “With Mika Vukona on our side, we will place an emphasis on the boards and winning that battle every game. “As far as pace goes, we will look to push when we can and give our shooters the freedom to get them up.”

The 38-year-old, 197cm power forward started his playing career 20 years ago as a teenager for the Giants and returned in 2004 for a second stint after a season with the Manawatu Jets. With multiple NBL championships to his name, Vukona is certainly a player to build a team around.

But for Fitchett, it is as much about the fans as it is about the club itself. Given the Giants’ history, Fitchett praised the loyal fan base and said it was a shame they could not play on their home court, but would work hard to keep the fans involved.

“Our fans have always been great,” Fitchett said. “Nelson is a basketball town and our people know what they are watching. “Not having home games will be a detriment to us, as we are always tough on our home floor. “Of course, this is a special time and we will do our best even without our fans to cheer us on”.