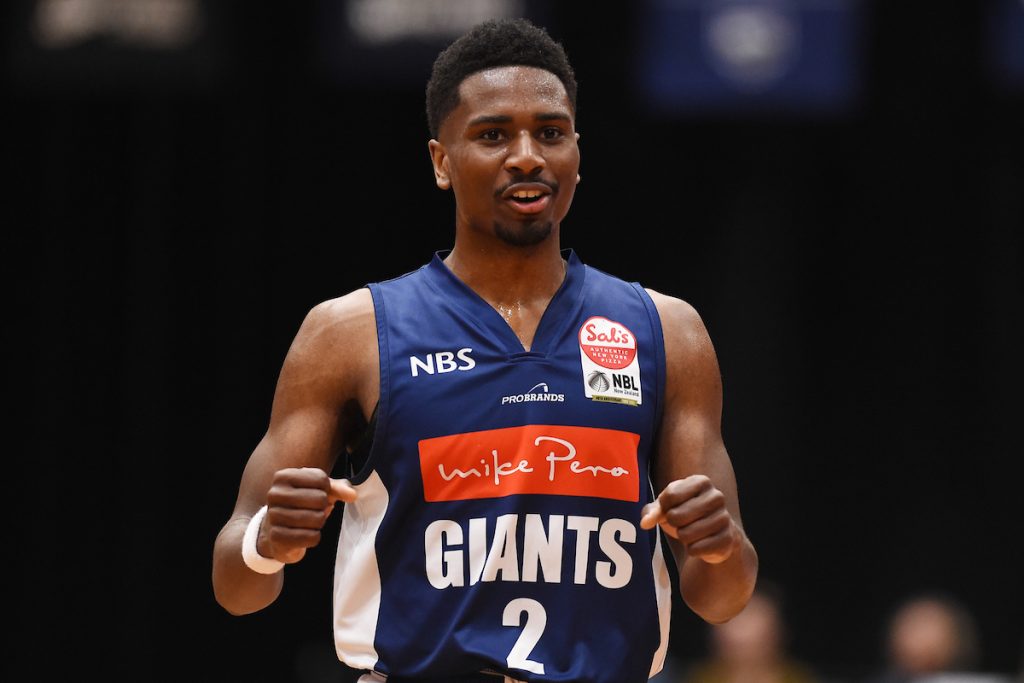 IT was an action packed Friday night of New Zealand National Basketball League (NZNBL) with three big games as Southland Sharks, Wellington Saints and Auckland Huskies took out the win in each of their respective matches.

The second placed Sharks imposed themselves against Canterbury Rams claiming an 11-point win. It was neck-and-neck to start the game with both sides taking a while to settle into a rhythm, going blow for blow in the opening term to sit at 21 points apiece. The battle continued into the second quarter with the Rams and Sharks unable to break away from one another as Canterbury proved they can match it with the best in the business. Skipping out to a handy lead midway through the third term, you could be forgiven for thinking that the Sharks were about to gain control and jump into the driver’s seat, but that was not the case as the Rams hit back. With the game hanging in the balance it was time for the Sharks to put the foot down and consolidate their standing on the ladder. A flurry of points midway through the quarter gifted the Sharks the lead and from there they steadily built on their buffer as a three point margin turned into a five point one, so on so forth.

Edward Singler worked in overdrive for the Rams racking up 26 points in his 40 minutes out on court while he also amassed four assists and 13 rebounds. Teammate Deshon Taylor was also influential with his 20 points at 39 per cent from the field. Taylor also collected four rebounds and three steals. Jack Salt showcased just how much damage he can do in 25 minutes pouring on 16 points and a whopping 15 rebounds. Courtney Belger was the topscorer for the Sharks registering 23 points at 64 per cent from the field while Joshua Cunningham also impressed with his 22 points and five rebounds. Alonzo Burton was amongst the thick of things dropping 19 points, seven assists and four rebounds while Dominique Kelman-Poto sunk 12 points at 38 per cent from the field.

It was a one sided affair between the Taranaki Mountainairs and Wellington Saints as the latter recorded a handy eight-point win. It was a much closer match than many would have anticipated given it was a first verse last clash but in the end the Saints proved why they are top of the ladder, owning the court with their speed and cleanliness. The Mountainairs impressed in the opening term piling on 23 points to 17 to hold the lead and continued that hot form in the second to maintain a nine point buffer heading into the main break. The Saints ate into the deficit in the third going into the final break down by five points before shifting gears in the final quarter to steal the ascendancy and the lead piling on 27 points.

It was the Marcel Jones show the Airs with the bigman imposing himself thanks to his 29 points and ability to hit them from deep draining three of his six attempts. Jones also picked up six assists and six rebounds in the loss. There were three other players that hit double-digits as 11 proved to be the lucky number with Tai Wynyard, Haize Walker and Scott Telfer all managing 11 points each. Wynyard got busy off the boards with four rebounds as Walker registered three assists. For the winners it was the efforts of Tohi Smith-Milner and Dion Prewster that stood out. Smith-Milner topped the table credit to his 25 points in 31 minutes of action while he also proved to be a menace in defence picking up 15 rebounds, two steals and a block. Prewster was not far off the pace with 24 points, six rebounds and two steals. Taane Samuel found his groove walking away with 14 points to his name as both Kevin Roach Jr and Kenneth Tuffin slotted 10 points each in the win.

It was a game that could have gone either way given how evenly they match up but in the end it was the Huskies that got the chocolates with a hard-fought win. The Huskies got the first points of the game to kickstart their campaign but that only signalled what was going to be a seesawing affair. The Giants held the lead at quarter time credit to a flurry of points to close out the term and continued to monopolise the play in the second forcing Auckland to play catch-up basketball. The Huskies came out with a point to prove in the third levelling the scores with a tick under five minutes to play. They started to generate some real momentum but were still down at the final change. With it all to play for in the final 10 minutes of the match the Huskies unlocked another level to attack the rim and keep the Giants guessing. They tied the scores and from there put the foot down to reign supreme with a blockbuster final quarter of action.

Donte Ingram had a night to remember producing a whopping 38 points. He had a hot hand from beyond the arc draining five of his eight attempts to convert at 63 per cent. Ingram also reeled in 10 rebounds and two steals to cap off an all-round solid performance. Next best was teammate Hunter Hale who proved to be in fine form with his 30 points, eight assists and nine rebounds to just fall short of a triple double. Thomas Ingham was the only other player to make it out of single digits recording 12 points in his 33 minutes out on court. It was a more evenly shared load for the Huskies as four players hit double-digits. But it was Justin Bibbs that did the most damage draining 31 points, five assists and four rebounds. Zach Riley was also in dominant form for the Huskies producing 25 points at 53 per cent from the field to accompany his nine rebounds and two steals. Tom Vodanovich reminded everyone what he is capable draining 20 points in his 38 minutes out on court while Chris Johnson chimed in with a handy 13 points to get his side over the line.