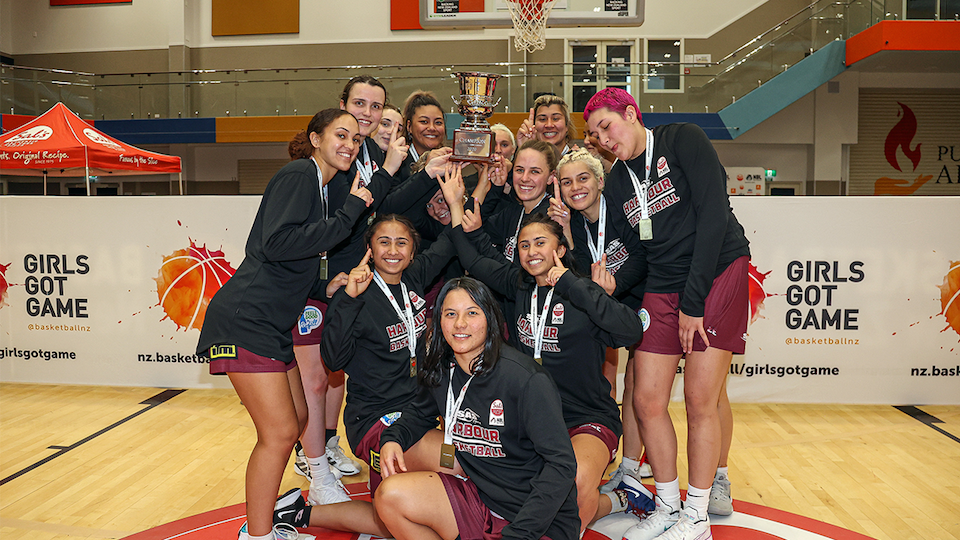 We finish off the series with the premiers, Harbour Breeze who went through undefeated, winning the grand final in style against the Waikato Wizards to make it a memorable condensed season.

It was hard to fault the machine that was Harbour Breeze, with the undefeated side storming through the competition and winning every match by double-digits on their way to the 18IN18 title. They had moments where they had to claw their way back into contention, but once in control, they hardly lost it from there, and throughly deserved the title with the most depth in the competition. They were the number one shooting team with a bullet, and had a five per cent greater accuracy from the field, as well as number one in assists, and second in steals and blocks. Offensively and defensively they were on their game, and really only lacked in the rebounds, but that was predominantly due to their work on the floor in winning the ball back, or denying the opposition from putting up shots.

There were no shortage of stars in the Harbour Breeze line-up, but one has to opt for the overall competition Most Valuable Player (MVP) in Blair. She was simply sensational, averaging 15 points – at a 47.9 per cent efficiency no less – that included 1.4 triples per game. She also knocked down about four assists, three rebounds and two steals per match, pulling out plenty of tricks all season. While her teammates had some huge games, Blair was a standout for her impact from start to finish and has a huge future.

Ashleigh Kelman-Poto was the other part of the damaging duo with Blair, knocking down 15.4 points and picking up eight rebounds per game. Almost notching up a double-double average, she also had two steals, an assist and a block per match in a productive season, getting to the charity stripe regularly. Gabriella Fotu (10.1 points, 3.1 assists, 2.7 rebound sand 2.3 steals), Zara Jillings (6.3 points, 4.7 rebounds, 2.7 steals and 2.4 assists), Jazzmyne Kailahi-Fulu (7.0 points, 6.6 rebounds) and Keeley Tini (8.0 points, 3.3 rebounds) were others who shared the load with points and working off the boards in the premiership season.