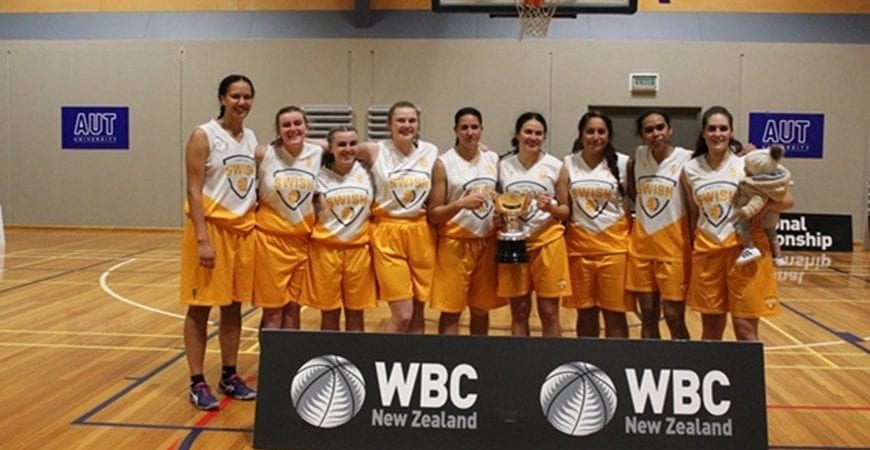 CAPITAL Swish are in for an exciting campaign in the New Zealand National Basketball League (NZNBL) 18IN18 competition. With a couple of familiar names listed in their squad, rotation will be key to ensure that there are fresh legs out on court and the Swish are able to run out full four quarter performances in the condensed season.

They impressed last season taking out the Women’s Basketball Championship Division Two title and will be hoping to bring that intensity and high quality of play into the 18IN18 competition, albeit it in a different format. Deslea Wrathall will once again be at the helm for the Swish after guiding them to victory in 2019 and has brought along a couple of key cogs from their winning side into this competition. One of the most exciting prospects is Letava Whippy who was a key contributor throughout their 2019 campaign knocking back an average of 23.1 points along with an impressive 8.9 rebounds and 2.9 steals each time she stepped out on court. Her overall accuracy was also impressive sitting at 57.7 per cent from the field, something she will be hoping to bring into the upcoming competition. Maia Watene is also back for another season with the Swish after averaging 11.4 points and 4.1 rebounds last year.

Representing the Swish at the Schick 3×3 Cup, both Grace Vaofusi and Sariah Penese will be eager to get back to the traditional style of basketball but will have some valuable minutes under their belt to help the steer the ship. Penese brings an element of international experience with her, having plied her trade at St Marys College University of Maryland Baltimore County while Vaofusi brings more local flavour.

A number of cross-coders fill the Swish outfit with the ever-reliable Southern Steel netball captain in the ANZ Premiership, Te Huinga Selby-Rickit suiting up for the competition. A valued defender in the ANZ Premiership, she is bound to provide plenty of intensity when out on court for the Swish. She is not alone on the netball front with the recently signed Central Pulse youngster Paris Lokotui also making her way onto the roster for the Swish, renowned for her tenacity and impressive closing speed. Teammate now both on the netball and basketball court Te Amo Amaru-Tibble is another one to keep an eye out for Capital Swish. She is a dominant shooter that can find the basket with great ease and has not shortage of experience having represented the Tall Ferns at a junior level, testament to her skillset and high work rate.