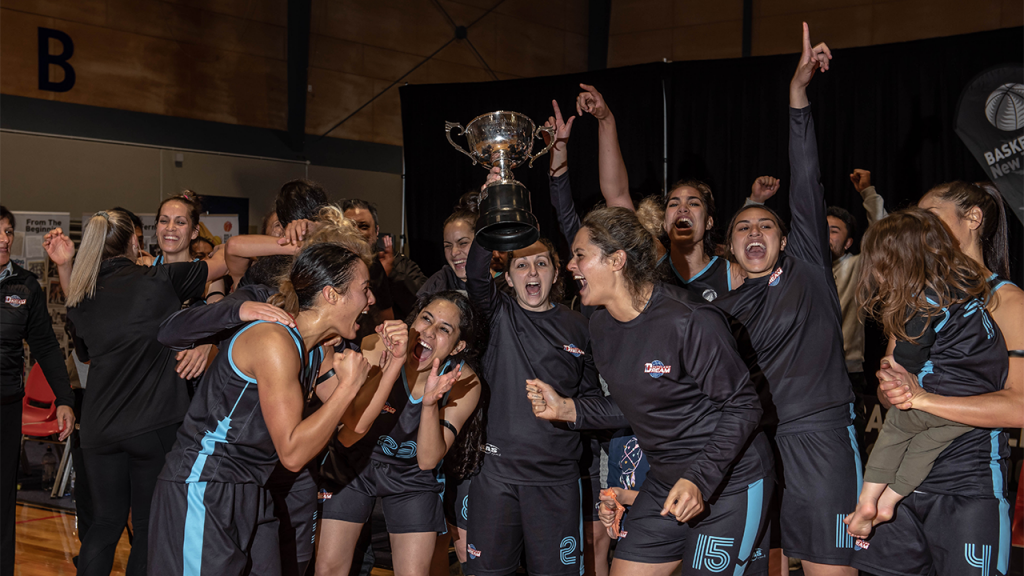 AUCKLAND Dream head into the condensed New Zealand National Basketball League (NZNBL) 18IN18 competition in rare company. The Dream are coming off a title already in the Schick 3X3 Cup played over the weekend and will hope to add more silverware to the trophy cabinet when the game expands out to the full court five-player traditional game.

The four players involved in 3×3 Cup glory were Amanda Wayment, Arielle Williams-Mackey, Casyn Buchman and Darci Finnigan. Whilst Finnigan twisted her knee in the semi-final and had limited minutes in the 3×3 final, it is expected she should be right to go when the season tips off later this week. All four will play crucial roles in the team success, along with a list that will no doubt provide plenty of highlights throughout the year.

Wayment spent her college days at Brigham Young University in the West Coast Conference of the NCAA. The Cougars were the same college Tall Black and fellow Dream talent Kalani Purcell played at before graduating a year earlier in 2017. The 185cm forward is an athlete who will provide great leadership to the team having captained her college team in her senior year.

Fellow College talent Buchman returns to the Dream after playing there in 2019, averaging the 7.9 points from 19.9 minutes, shooting at an accurate 58.6 per cent. She also picked up the 3.2 rebounds, equally capable off the boards at either end, and is as tough as they come. Meanwhile 18-year-old Williams-Mackey is one to watch as a big-game player as she showed in the 3×3 final, with her accurate shooting and clutch baskets.

The turnaround between the 3×3 Cup and opening night of the NZNBL season is not long, with the Dream first up against Waikato Wizards on Thursday. Led by Tall Ferns assistant coach, Aik Ho the Dream have the talent to go deep in the 18-day tournament. There have been some crucial omissions from last year’s team in Tall Ferns talents, Natalie Taylor, Charmian Mellars and Jordan Hunter alongside Purcell, but other internationals to replace them in Katelin Noyer and Jelena Vucinic.

Both are coming off impressive college seasons, and added to the fact the exciting Sharne Robati will also run around for Auckland makes it a dream team. Rionne Papa and Tania Uluheua round out the 10-player squad, with the team one to watch in 2021 and hopeful of hitting the ground running from night one against the Wizards.