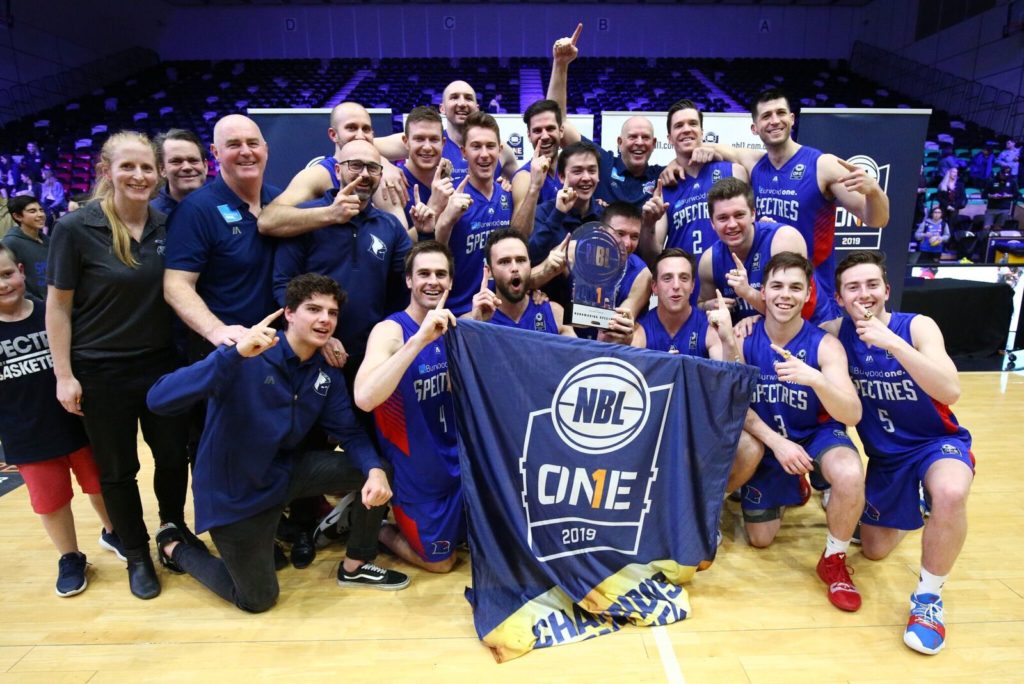 NUNAWADING Spectres have claimed the 2019 National Basketball League (NBL)1 Men’s title, defeating a gallant Bendigo Braves by nine points on Saturday night. It was a remarkable game that had more twists and turns than an Edgar Allan Poe novel, and whilst both teams had chances to take out the title, it was the higher ranked team that got the job done.

Both sides started the game trading blows, with Nunawading hitting the front when Tom Wright sank a three-pointer at the seven and a half minute mark of the first term, but 12 of the next 16 points went the way of the Braves to extend the lead out to seven with less than five minutes remaining in the term. Nunawading fought back again to cut the deficit to two a minute later, before Bendigo piled on the points to go on a 14-2 run to end the term. A Chris Hogan triple and a Mathiang Muo stepback jump shot – the latter in the final three seconds of the quarter – handed the eighth placed side a handy lead at the break.

The 14-point margin would be eaten into by the Spectres with Nunawading piling on 15-8 to start the term, before back-to-back triples from Deonte Burton extended the margin back out to 13. The lead was still 10 points when Muo sank two free throws with three minutes remaining in the half, but it was fitting that by the time Wright had nailed another triple himself, scores were level. The half-time buzzer sounded with both teams back where they started – level – having both scored 53 points apiece in the first half.

The teams again traded blows early, and while Ray Turner put the Braves in front by two with a layup in the opening few minutes, it would be the last time Bendigo held the lead for the game. Nunawading shot 15 points to two over the course of the next four and a half minutes to lead by 11 with just over three minutes on the clock. Burton came to the much needed rescue with an opportunity to put it back to six points, but the last seven points of the term went the way of the Spectres for Nunawading to hold a 77-64 lead at the final break.

A couple of triples to Hogan and Muo in the opening few minutes separated by a Simon Conn jumpshot had the Braves back to within nine, but by the time Conn had nailed a triple with just under eight minutes remaining, the Spectres were out to a game-high 14-point lead. Bendigo refused to give in with Burton again doing his best – a layup coming timely with less than four minutes remaining and six points the margin. When Muo sank a triple there was 103 seconds left in the final and the crowd was fever-pitch in anticipation. It was game on. Both Dain Swetalla and Conn added to the total to give the Spectres a seven-point breather, but a Turner layup with 52 seconds left cut it back to five to give the Braves hope. Alas, it was Swetalla again who stood tall, converting a lay-up and then two free-throws before the final buzzer to hand Nunawading a memorable, 99-90 victory.