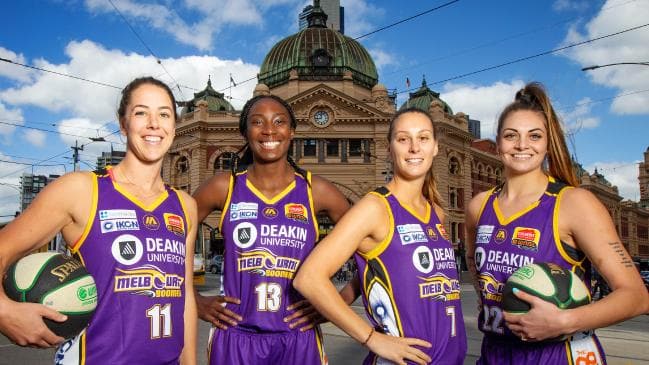 THE Melbourne Boomers have taken away two of the more unusual stats of the week after a round of the Women’s National Basketball League (WNBL). In doing so, the Boomers have handed the Spirit a nice feat, while Perth is also flying high. On the opposite end of the spectrum, the Flames are yet to experience a win this season, and their next month doesn’t get any easier.

Last year, the Spirit finished on the bottom of the ladder with four wins and 17 losses. Now in just four rounds, Bendigo has equalled its total 2017 wins, already experiencing victories four times. The Spirit have had wins against the Boomers twice, Dandenong and Adelaide to begin their 2018/19 campaign. They currently sit third on the ladder behind the UC Capitals and Perth Lynx.

Perth on a five-game winning streak

After losing their opening match, the Lynx have gone on to win every game after that. They have also recorded at least 70 points in each game, highlighting their power in offence. After a loss against Adelaide, Perth has recorded victories over Townsville twice, Sydney Uni, Dandenong and Bendigo. Beating the reigning champions twice is no easy feat to do, but the Lynx have already done so in the first four rounds, making them a serious contender for the championship this year.

The Boomers have done it again, recording results on opposite ends of the spectrum in the same week. On Saturday, they became the first team to score over 100 points this season, giving them the highest team score so far. After this big win against the Rangers, Melbourne was outdone by Bendigo’s defence, with the Spirit only holding the home side to 58 points. The Spirit recorded the second lowest team score of the season, with 60 points to outlast the Boomers by a nail-biting two points.

The Sydney Uni Flames have had a nightmare start to the season, not recording a victory after six games. But the Flames have had some close encounters where they nearly got over the line. Against Townsville, Sydney went down by three points while Dandenong managed to outlast the bottom of the table side by four points. Three of the Flames’ next five games are against Bendigo, so it certainly won’t get easier for them, but hopefully a win is imminent for a star-studded outfit.