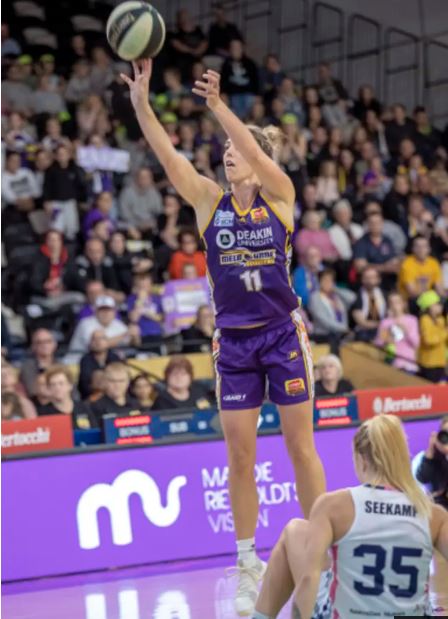 IN the final round of the Women’s National Basketball League (WNBL) regular season, Bendigo was dealt with a horror end to its season, but it was the opposite story for their opponents, the Capitals. The Capitals were one of three away teams to come away with a win this round, in a weekend filled with close encounters.

The Spirit were on the other end of a thrilling double-overtime battle against the Capitals on Saturday, but it wasn’t the first time that Bendigo has experienced defeat post the final siren. The Spirit’s loss against the Capitals marks the fourth overtime loss this season for them. Bendigo first went down against the Boomers in overtime this season, as Melbourne outscored the Spirit seven points to three in the fifth period to take home a four-point win. Against the Lightning, they again failed to score double digits in the overtime period, managing five points compared to Adelaide’s 16, leaving them with an 11-point defeat. They also suffered against the Fire, going down 89-82. The Spirit got the first two points of overtime through Nadeen Payne, but Townsville went on a 9-0 run to secure victory.

Despite a less than impressive home record of three wins and seven losses coming into Round 15, the Townsville Fire not only secured a home win, but were the only team to do so on the weekend. At Canberra, the Spirit went down to the Capitals, while in Dandenong, the Boomers trumped the Rangers. At Perth, the Lynx were shocked by the Lightning, who snatched third spot heading into the finals with a one-point overtime win, coming from 21 points down to secure the massive victory.

Capitals end season on a high

It’s no surprise to see the UC Capitals finish on top of the ladder after a remarkable season. They timed their run to the finish perfectly, ending the season on a nine-game winning streak. In these games, Bendigo, Dandenong and Townsville have each been on the end of two losses at the hands of the Capitals. The Capitals averaged a 25.8 point winning margin during this streak, with their biggest win (43 points) coming against Dandenong and their smallest win (four points) coming against the Bendigo Spirit.

Close encounters close out the season

This weekend’s winners didn’t find it easy to get the victory, as close margins prevailed in a super Saturday of WNBL. First, the Capitals just scraped over the line against Bendigo, in a game that took two overtime periods to get a result. Then, the Rangers went down to the Boomers by 11 points, while Townsville got the job done over Sydney Uni by eight points. In the second overtime game of the round, Adelaide managed to outlast Perth in a thrilling encounter, walking away with a one-point win. With only one match being decided by a double-figure margin, it takes the Round 15 average winning margin to six points.

Lifeline round a success

The WNBL’s Lifeline Round was a massive success, with the league donating $15,600 to Lifeline. Melbourne Boomers skipper, Jenna O’Hea drove the Lifeline Round initiative, after her uncle passed away due to suicide last year. From every three-pointer made, one hundred dollars was donated to lifeline. Over the weekend, the clubs shot a total of 73 three-pointers, meaning the clubs raised a total of $7,300. The total was then matched by the WNBL, taking the total to $14,600. The Dandenong Rangers then announced that they would donate $500 to Lifeline, taking the total amount raised to $15,600.