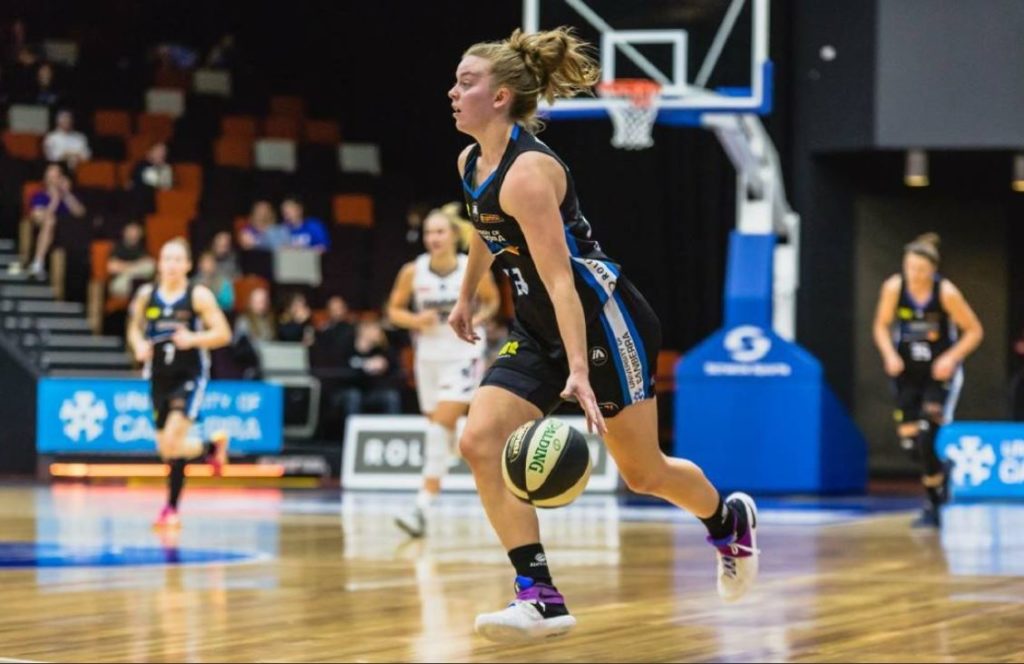 WITH two rounds to go in the Women’s National Basketball League (WNBL) 2018/19 season, the top four is confirmed, but home court still remains a big factor as we approach the end of the regular season. The Lynx have made the finals for four years in a row, securing the feat in Round 13. Another player who will feature in the finals is Kelsey Griffin, who equalled a remarkable record owned by none other than Suzy Batkovic. Even though Abbey Wehrung, Cassidy McLean and the Spirit will not feature beyond the regular season, the pair notched up memorable milestones on the weekend. Unfortunately for her coach, Simon Pritchard, it was not good news, with the Spirit announcing that they would not renew his contract at the end of this season. Cheryl Chambers will also depart the Flames at season’s end.

Kelsey Griffin is looking like the hot favourite to take out this year’s WNBL Most Valuable Player (MVP), averaging the most points (19.78) and rebounds (11.33) per game this season. On top of that, she has just made her way into the WNBL Team of the Week for the ninth time this season. Griffin has now equalled Suzy Batkovic’s record for the most Team of the Week nominations in a single season. The UC Capitals star was named in the Team of the Week in rounds two, four, five, six, seven, nine, 10, 11 and 13.

Following a win and a loss in Round 13, the Lynx have secured their spot in the top four. This will make it Perth’s fourth consecutive year in the finals, having secured berths in the 2017/18, 2016/17 and 2015/16 seasons. However, the Lynx have failed to win a championship from those past four finals appearances. They came close in the 2016/17 season, losing the best-of-three series against the Townsville Fire. In its history, Perth has only won championship in 1992, back when the side was known as the Breakers.

Two coaches to depart the WNBL at season’s end

The Sydney Uni Flames and Bendigo Spirit have both had a rough WNBL 2018/19 season. Both teams round out the bottom of the table and are now both on the lookout for a new coach. Simon Pritchard will depart the Spirit at season’s end after it was announced his contract would not be renewed. Pritchard began coaching the Spirit in 2014 and led the Spirit to a 36-52 record. This year, Bendigo is sitting on seven wins and 11 losses. Sydney Uni Flames coach, Cheryl Chambers will not return in the 2019/20 season due to family reasons. Chambers led the Flames to a championship in the 2016/17 season after beginning her tenure at the club that year. She has also spent time in coaching roles at the Bulleen Boomers, Melbourne Boomers and Australian Opals. This year, the Flames have unfortunately had a tumultuous year, sitting on two wins and 17 losses.

After Round 13, the top four, and therefore the four finals teams, were confirmed. Sitting on top of the ladder are the UC Capitals, followed by the Melbourne Boomers, Perth Lynx and Adelaide Lightning. The Capitals boast the best home-court record in the league at the moment, winning nine games and only dropping one. They only need one more win to secure their top two spot. It is a harder task for the Lynx to claim a top-two spot, as they host the Boomers this round – a team they haven’t managed to beat this season.

Double-milestones for Bendigo against Capitals

Bendigo Spirit gun, Abbey Wehrung notched up her 100th WNBL game while emerging star, Cassidy McLean notched up 50. Wehrung came up against her old side, the UC Capitals in her milestone match – a team that she spent four years with prior to joining the Spirit. McLean is playing just her first WNBL season, having spent two years with the Sydney Uni Flames as a development player.