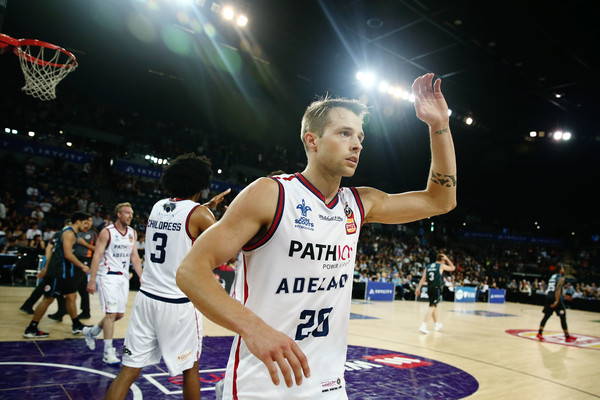 ROUND 3 saw Perth continue to own its home arena. Nathan Sobey also continued to impress for Adelaide, while Chris Goulding had an unusual week. Sobey’s coach, Joey Wright also stole a bit of the spotlight off him, reaching 450 games as the 36ers coach.

Chris Goulding off the bench

Melbourne United star, Chris Goulding is used to getting his team off to a good start. But against Perth, he was forced to watch from the sidelines to begin the game, coming off the bench for the first time in 2012. Goulding then had to sit out the remainder of the match in the fourth quarter, going down with a knee injury that would see him miss the Monday night clash against Illawarra. He is a chance to return this week either against the Cairns or Sydney.

Adelaide 36ers coach Joey Wright reached his 450th game as Adelaide coach against the New Zealand Breakers on Sunday. His win-loss record is 261 wins and 189 losses, which is a 58 per cent success rate. Wright is a three-time winner of the NBL Coach of the Year award. This is his fifth season at the 36ers.

Not only did Nathan Sobey record the first National Basketball League (NBL) triple-double since 2015, he also got the first triple-double of his career. Against Cairns, he racked up 22 points, 11 rebounds and 10 assists. The last person to do this was Cedric Jackson in 2015, with 14 points, 10 rebounds and 14 assists.

Perth Wildcats are the only team unbeaten at home

The Perth Wildcats have made RAC Arena their fortress, not dropping a game there in the first three rounds of the season. The Wildcats have had wins against the Hawks, Brisbane and United in their hometown. On the road, Perth beat Adelaide in its season opener and lost to the Bullets at Brisbane Convention and Exhibition Centre.