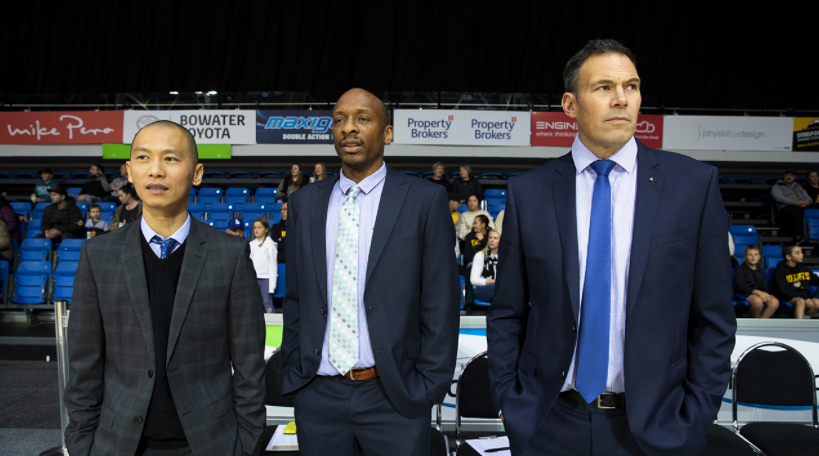 OTAGO Nuggets have posted back-to-back wins, following their six-point 89-83 win against a valorous Franklin Bulls cohort that stuck around for 40 minutes of play. The Bulls were unable to overtake Jordan Hunt and company and as a result, the Nuggets join the Taranaki Mountain Airs at the top of the 2020 Sal’s National Basketball League (NBL) standings with records of seven wins and four losses.

With a win for either side meaning an equal-first seed next to the Airs, both teams needed to stick to their strengths if they were to come out victorious. For Otago, it would mean creating space for their number one draft pick in Jordan Ngatai, who put on a strong performance on Thursday against a wily Canterbury Rams outfit.

Prior to Saturday’s closer, the Bulls have relied heavily on their defence to this point in the campaign, being touted as the best defensive side in the league. But it was their offence that got them out of the starting blocks first, after two made attempts from deep by swingman Isaac Davidson and two-man Everard Bartlett.

The tides quickly changed towards Otago, thanks to two threes from Joshua Aitcheson, giving the Nuggets the 10-9 lead halfway through the first and preventing an ideal start for the fast-running Bulls.

Small scoring runs would ensue for both sides on numerous occasions in the first stanza of play, but the last laugh would sit with a driving layup from Ngatai, gifting Otago a 20-19 lead to conclude the first.

Driving and dishing seemed to be a successful tactic early on in the second quarter for the Nuggets, as the Jarrod Kenny and Hunt combination often had Franklin’s defence in disarray. While these buckets were all well and good, their hard work was undone when they failed to contain the Bulls’ man in the middle, Samuel Timmins, who had himself seven points and six rebounds in 15 minutes of play.

For the majority of the second, however, Otago struggled to extend their lead to anything considerable. But, a reverse layup from Ngatai bolstered his side’s confidence before half time as they now led by four points (35-31) with 20 minutes still to play.

While the lead was small at half-time, Otago looked big in terms of their accuracy on the court, hitting 44 per cent of their shots up to the midway point of the game. They also stayed true to their aggressive style of play, going to the free-throw line on nine different occasions, six of which they converted.

Franklin faced different challenges, as they did a good job shooting the long ball, nailing six threes in the first half. They also did good forcing mistakes from the Nuggets’ ball-handlers, as Otago would give up 11 turnovers resulting in the Bulls leading by 10 points.

Commencing play in the second half, Ngatai again created problems for the Bulls by tallying his first three of the contest. This set his team off to a good start to the third quarter, successfully making four of their first five attempts, putting the Bulls on the back foot instantly coming out of the half-time huddle.

Back-to-back threes from the same spot for Jackson Stubbins helped place the Bulls back into the conversation, as the side continued to linger behind Otago on the scoreboard.

The three-ball became a prominent part of both teams’ offence in the third quarter, but the Nuggets did a better job of adding two-pointers wherever the three could not. This encapsulated a strong few minutes of play for Brent Matahere’s side, leading by as much as 11, with the score being 61-50 late in the championship quarter.

Two free-throws from Nicholas Barrow trimmed the deficit to single digits to conclude the third, but Franklin needed to find motivation if they were to navigate their way through a nine-point disadvantage with 10 minutes to go. The Bulls also needed to find a way to slow down a rampaging Hunt, who accumulated 18 points through three quarters.

Despite every basket the Bulls made, the Nuggets answered back with two of their own throughout the majority of the final period. Moving ahead to seven minutes into the fourth, and Otago had put together an almost insurmountable 14-point lead.

But in true NZNBL fashion, the game did not end in such a linear way, following a 6-0 run by the Bulls, cutting the deficit to eight and then to four. Unfortunately for Franklin, Kenny’s four free-throws were a formality in securing the Nuggets’ seventh win of the season and placing them on top of the Sal’s NBL Showdown standings with a week remaining in the season.

Following his strong first three quarters, Hunt would save his best for last, adding 13 fourth quarter points to his game-high 31 points in total. Kenny showcased his diligence with 13 points, 12 rebounds and seven assists in a complete performance, while Ngatai finished his night one assist short of a double-double off of 18 points and nine assists.

Even though four of Franklin’s starting five accumulated 10 points or more, collectively it was not enough to overtake Otago in their sprint to the finish. However, a strong 19-point performance for Bartlett was the focus point of the Bulls’ offence. Additionally, 16 points and eight rebounds for Dominique Kelman-Poto, as well as 10 points and nine rebounds for Timmins summed up a rather productive night for the Bulls’ frontcourt.

The Bulls return to action on Tuesday as they attempt to undo last night’s blip in their record against the Manawatu Jets, a team that could leap-frog them given that they win tomorrow against the Airs. Meanwhile, the Nuggets face an in-form Auckland Huskies in the game to follow, potentially looking at sliding into the top seed with another win.