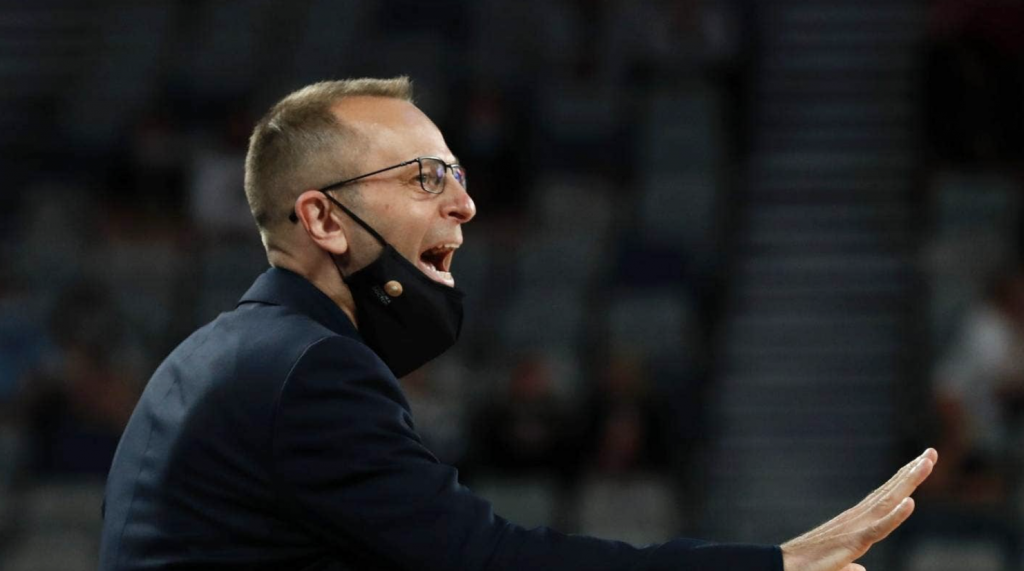 DESPITE their less than desirable four-win and 10-loss record at this point in the season, it is important to remember that the New Zealand Breakers have only played 14 of their 28 NBL21 games, meaning that Dan Shamir’s side has plenty of time to make their way up the standings.

In theory, the Breakers would be right back in finals contention if they could somehow string together a few wins quickly, but that seems rather unlikely given that their next three contests will be against two out of the top four teams as well as the Brisbane Bullets who are tied with the Illawarra Hawks for fourth position itself.

Couple New Zealand’s upcoming fixtures with the team conceding their biggest loss of the season this past weekend by 21 points against the Bullets, many are left to wonder what avenues the eighth-seeded side has to pursue at this moment in time. To further compound the list of challenges the Breakers face, Robert Loe’s departure back to New Zealand for personal reasons and Corey Webster’s current injury has made the squad’s predicament a dire one to say the least.

For Shamir, he hopes to have his two latest pick-ups in Levi Randolph and William McDowell-White hit the hardwood in the next few weeks as New Zealand searches for answers with the end of the campaign quickly approaching.

28-year-old NBA G-League prospect, Randolph, most recently completed his fourth year with Ohio’s Canton Charge and will replace the released Lamar Patterson, who played just six games for the Breakers before injuring his knee last month and moving back to Brisbane to play for the Bullets. Next to him, will also be 22-year-old McDowell-White who is also on his way back from the U.S after finishing a G-League season of his own with the Rio Grande Valley Vipers and being selected to Brian Goorjian’s 24-man Australian Boomers squad in the process. Additionally, Patterson’s temporary fill-in player Jeremy Kendle will also suit up for the team in future games with the roster currently without three full-rotation players.

Contributing in a positive and productive way this season, the Breakers have had a small batch of players that have been nothing short of essential leading up to today. Particularly, 25-year-old Tai Webster has made his comeback season in the NBL one to remember having scored double-digit totals in every game so far in 2021. Webster’s individual totals this season are a perfect embodiment of the guard’s ability to create his own chances with 20 points, five assists and five rebounds per game along with a shooting average of 42 per cent.

Like so many of his other seasons, captain Thomas Abercrombie has been an integral member of this team’s rotation. Now in his third season at the club, Abercrombie has maintained an average of over 10 points per game with almost four rebounds per contest. But the 33-year-old has found the majority of his success on the defensive end, which was on full display against the Bullets in Round 10, as he and his teammates limited Nathan Sobey to just 12 points and Vic Law to a mere seven.

With Tai’s brother Corey to miss roughly a month or two with a knee injury, Finn Delany can be expected to have to put up higher numbers in what will be a hectic transition period while new players are forced to wait for their travel procedures to end. The Tall-Black is enjoying a season filled with unprecedented numbers, flirting with almost 14 points and seven rebounds per game – career highs in both categories. Furthermore, big-man Colton Iverson has been another key piece in the Breakers’ puzzle averaging 8.4 points and 7.4 rebounds, but the center has shown little discipline when it comes to limiting fouls on the opponent accumulating four fouls or more on five separate occasions.

If New Zealand are to have any chance of possibly stealing a win or two in their upcoming matchups with Melbourne, Perth, South East Melbourne or Brisbane, then the supporting cast will need to lift their heads and take some risks to become major producers. That leaves players like Rasmus Bach (5.3 points per game), Jarrad Weeks, Kyrin Galloway and Daniel Trist a chance to try and impress their head coach before the new reinforcements arrive.

It is going to be a long road ahead for the trans-Tasman team and with future home games looking a lot like a fairy-tale concept, the Breakers’ best chance at somewhat of a successful season is to continue NBL21 one game at a time, as Shamir continues to remain hopeful.