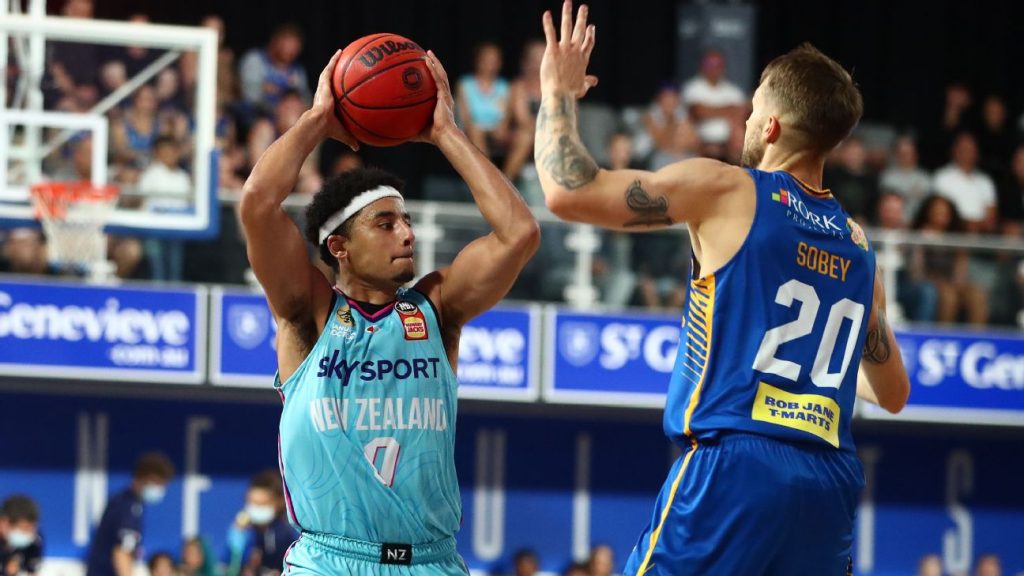 NEW Zealand Breakers have played the role of party pooper at Nissan Arena, upsetting Brisbane Bullets as the Queensland side eyed off forcing their way into the top four. The Breakers led at the main break and three quarter time, but a final quarter flurry from the home team forced the game into an extra period. A sensational effort in the overtime period resulted in the Breakers restoring the momentum and taking out the win by just five points, 81-76 in front of almost 3000 fans last night.

Colton Iverson was absolutely manic off the boards with a ridiculous 20 rebounds to go with his 10 points in a double-double effort, as Tai Webster and Finn Delany also had nights out for the visitors. Despite the pairing of Anthony Drmic and Nathan Sobey combining for 48 points, it would not be enough for the Bullets, as they fell short in one of the games of the year.

The first term was relatively even with the Bullets leading by a point at quarter time, before New Zealand broke away with a 22-18 second quarter. Brisbane lifted the scoring in the third term, but New Zealand repeated the 22-point effort with much of the same in the quarter. The Breakers looked to have the game in control leading by five points with two minutes on the clock in the final term, but Sobey had other ideas, with a three-point jumper, steal and then driving layup to tie the game, as Webster could not manage to hit a couple of late shots.

The teams traded baskets in the extra period even into the final minute when they were at 76 points apiece with 46 seconds on the clock. A Delany triple, followed by back-to-back free throws from Webster secured the match with 12 seconds on the clock, with a couple of long-range attempts in the dying seconds to the Bullets missing. The win saw the Breakers move to 5-11 for the season, snapping a four-game losing streak, whilst Brisbane slipped to sixth on the table, and now remain at 9-8, level with Sydney Kings and Illawarra Hawks.

Iverson’s double-double effort had him cause all sorts of headaches for the opposition, but it was equally hard to look past Webster’s enormous 27-point, 10-assist, six-rebound and four-steal performance, spending 41 minutes on court, the most of any player. Delany had the 17 points and nine rebounds, whilst Tom Abercrombie toiled away for almost 41 minutes, picking up five points, three rebounds and three blocks. Rasmus Bach‘s effort of 16 points, five rebounds and two steals was also a key contribution, as Dan Trist had five rebounds and two assists in six minutes off the bench.

Brisbane Bullets will need to lick their wounds and recover quickly as they take on Illawarra Hawks tomorrow night at WIN Entertainment Centre. The Breakers will have a longer break before a Thursday night clash in Perth on April 1 against the red-hot Wildcats, which is followed by an equally tough assignment at John Cain Arena facing South East Melbourne Phoenix on Sunday, April 4.