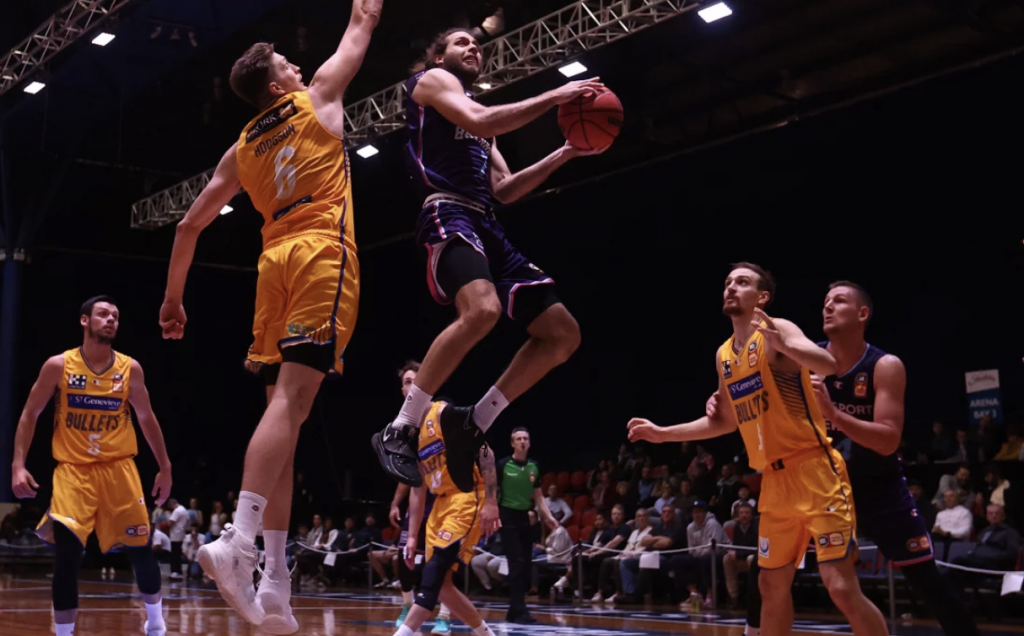 NEW ZEALAND Breakers have stormed to a stunning 20-point victory at the Silverdome, defeating Brisbane Bullets in a defining result for the league’s most southern side. Playing in the most southern state of Australia, the Breakers won three of the four quarters quite convincingly, led by William McDowell-White who picked up a massive triple-double on the evening. He was one of four Breakers to notch up double-figure points, compared to just two from the Bullets.

The Breakers were quick out of the blocks to race to a six-point quarter time lead. However it was their second quarter that really broke the game open, as the Breakers restricted the Bullets to just 10 points, and added 21 themselves to win the quarter by 11, and hold a massive 17-point half-time lead. To the visitors credit, the Bullets managed to cut the deficit by three points at the final break, before New Zealand got back on top with the momentum and sealed the match early in the term to ensure there was no comeback, and win by 20 points, 81-61.

It was a dominant performance from the Breakers, who did not surrender the lead once during the match, nor did they dip below a 10-point advantage from early in the second term, getting out to 26 at one stage in the third quarter. In the end, the 20-point margin was indicative of the home team’s superb effort to win, 91-71. It occurred off the back of a whopping 28 assists to eight, and hitting 14 of 30 from long range (46 per cent), whilst the Bullets were ice cold from three-point range, knocking down just three of 17. The Bullets led the rebounds 39-37 and actually took control in the paint with 50 points to 34, but had six more turnovers (16-10) and were punished for it with the Breakers scoring 26 points from turnovers to the Bullets’ eight.

McDowell-White was the clear standout performer and Player of the Match as he knocked down 13 points, 14 assists and 10 rebounds – seven defensive – as well as two steals and only one turnover. Finn Delany was accurate from the field with seven of 11 – including three of four from long-range – as well as four rebounds and three assists. Tom Abercrombie (16 points, five rebounds, three assists, two blocks and one steal) was productive from the start, while Levi Randolph continued his hot form off the bench with 20 points and three rebounds, particularly damaging from long-range. Robert Loe (eight points, three rebounds), Colton Iverson (seven points, three rebounds) and Corey Webster (seven points, five assists and three rebounds) were all busy for the winners.

New Zealand Breakers have another Round 14 match coming up, taking on Perth Wildcats over in the west at RAC Arena on Sunday, while the Bullets will also head to Perth, but have a little more of a break with their next clash on Friday night.