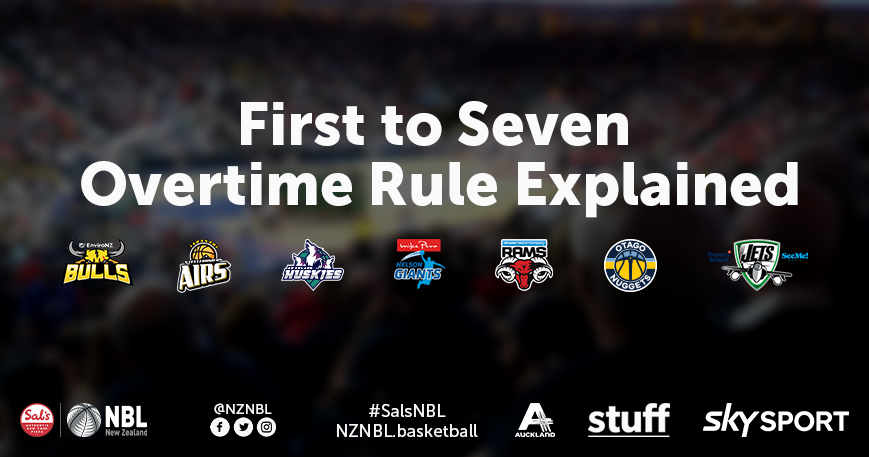 THERE will be no tied games in Sal’s NBL in 2020, with the new competition not only going to overtime, but with a special new concept. In cases where teams cannot be split after the regular four quarters, the teams will face off in a ‘First to Seven’ concept. The concept is as it sounds, with the first team to score an additional seven points announce the winner in an untimed overtime period.

The concept announced by New Zealand NBL last week comes after the league named a number of unique initiatives the 2020 season would include such as a player draft, and matches played five nights a week across six weeks.

NBL General Manager Justin Nelson said the idea was “warmly received” when New Zealand NBL consulted with the teams in the competition.

“The ‘First to Seven’ rule was the one that stood out as an initiative worth taking a look at,” Nelson said on the New Zealand NBL website. “It adds a new element and no doubt people in basketball will take a look to see how it works and if it is something worth maybe pursuing in the future.

“We did see something similar in the NBA All-Star game, where the clock was taken out and a target set, but we feel the ‘First to Seven’ is something that could stick across many levels of basketball. “It’s not for a one-off game, it’s a rule for the competition, including finals.”

FIRST TO SEVEN RULES AS PER THE NEW ZEALAND NBL WEBSITE:

1. The overtime period will be decided by a ‘first-to-7pts’ process whereby the first team to score an additional 7 points will be deemed the winner.

2. The overtime period will not be timed.

4. The overtime period will commence with a jump-ball in the centre circle. Any subsequent jump-ball call will revert to the possession arrow system.

5. Team fouls will reduce to 2-2 at the commencement of overtime.

7. Each team will be permitted (1) time-out during the overtime period.

8. If the team calling the time-out is in possession of the ball, advancement rules will remain in place.