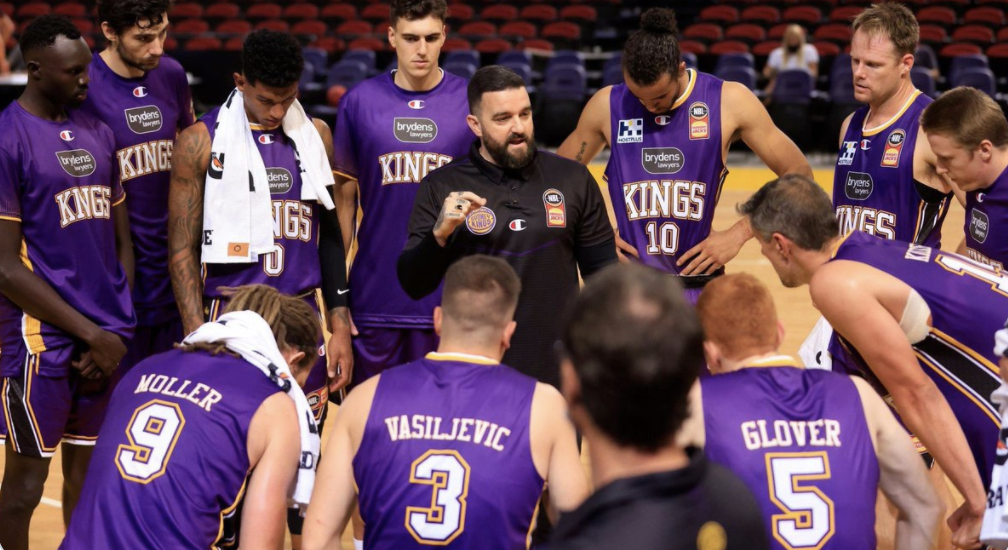 ARGUABLY the best performing side during the 2019/20 regular season, the Sydney Kings have perhaps the biggest level of motivation going into NBL21, despite not finding championship glory in last year’s Grand Final series.

Finishing a game above the eventual reigning champion Perth Wildcats after 28 regular season outings and a record of 20 wins and eight losses, many had the Kings as heavy-handed favourites given their form heading into finals. Unfortunately, this was not the case for former gaffer Will Weaver’s playing list. Later on, some key departures during the Free Agency period have made Sydney’s plans to work their way back to the top-four slightly more difficult.

With Australian basketball legend Andrew Bogut announcing his retirement recently, the Kings will be without a key component in the frontcourt and on the defensive end. Furthermore, the omission of Kevin Lisch from this season’s roster will also mean a major hit to the team’s leadership structure, but not necessarily for the worse, as many more returning players will look to step it up into more prominent roles.

Key pickups for Sydney in the offseason domestically came by way of two up and coming prospects ready to hit the ground running. 23-year-old Dejan Vasiljevic has made his return back home to Australia after a successful collegiate career at the University of Miami, while 22-year-old Angus Glover has made a less sizeable move from Illawarra to the big city.

In what will be his fifth season in the NBL and his second campaign in Sydney, Casper Ware returns as an import for last season’s runners-ups after leading the team in points (19.7 per game) and assists (3.7 per game) and being selected to the league’s All-NBL Second Team at the conclusion of the fixture in 2020. The second of the Kings’ two imports is Louisiana native Jarell Martin, a former member of the Memphis Grizzlies and the Orlando Magic (192 games and 40 starts) in the NBA.

Other internationals to arrive to Sydney this season include the returning Next Stars nominee Didi Louzada, who averaged a respectable 10.3 points per contest in NBL20 and contributed a substantial amount to last season’s outfit in his rookie year, and reigning NZNBL MVP and member of the Manawatu Jets, Thomas Vodanovich, who transfers from the New Zealand Breakers for his sophomore season in the Australian counterpart of New Zealand’s top league.

Familiar faces predominantly round out the remainder of new head coach Adam Forde’s side. Brad Newley prepares for his fifth season at the Kings, veteran Daniel Kickert arrives for his third fixture with the side and Shaun Bruce gets ready to undertake his seventh NBL season (second at Sydney). Additional individuals to return to the franchise such as Jordan Hunter, Craig Moller and Xavier Cooks will also wear the Purple and Gold in NBL21.

Harbouring an abundance of coaching experience, Forde certainly knows the formula to winning NBL titles after playing a pivotal role within the coaching staff during the Wildcats’ 2014, 2016, 2017 and 2019 championships. However, only time will tell if the squad he has assembled this time around holds that “special” combination of physical and mental talent.