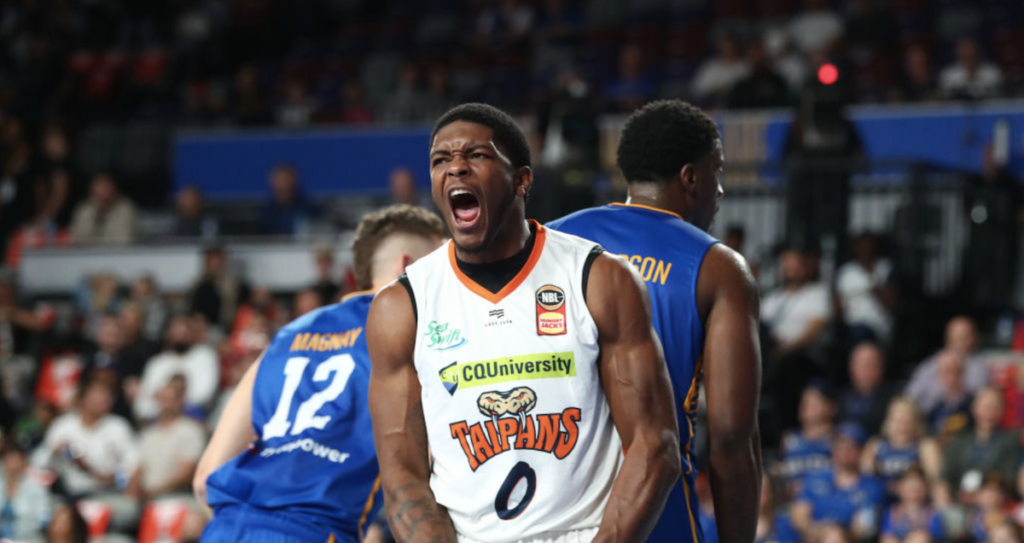 AFTER a successful season which saw the Cains Taipans snake their way up the ladder, the North Queensland team is ready to build on that stepping stone and go all the way in NBL21. The Taipans finished third on the NBL20 ladder, but were knocked out by Perth Wildcats in the semi-finals. Prior to that, the Taipans had won 16 of 28 games, a massive improvement from a shocking 6-22 record the season before where they finished six games adrift on the bottom of the tale.

While the Taipans are still searching for their first championship – having reached the finals eight times in the past 16 seasons and made two grand finals in that time – they have shown the capacity to turn around misfortune quickly. The turnaround in form from 2019 to 2020 rewarded coach Mike Kelly with the NBL Coach of the Year Award, whilst star D.J. Newbill picked up the Best Defensive Player, and Scott Machado made the All-NBL First Team.

The biggest goal for the Taipans was retaining the signatures of Newbill, Machado and Cameron Oliver, who had all been massive influences on the side’s rise up the ladder. While Newbill announced in August that he would be headed overseas to Japan, both Machado and Oliver were retained on the list as imports. The combination of both the big (Oliver) and small (Machado) combination will worry opposition sides, though it was the arrival of another shooting guard that took the headlines.

New Zealand-board Mojave King signed on with the Taipans, hitting the court two years after signing with the NBA Global Academy. At 195cm, King is a handful across the court, with great shooting ability and a combination of strength and power. He has a number of nice tricks and is one NBA clubs will be keen to keep an eye on, following in the footsteps of LaMelo Ball who is already turning it on for Charlotte Hornets.

The backcourt duo of Machado and King will cause plenty of headaches for the Taipans, whilst Mirko Djeric provides another guard option who adds a three-prong attack, whilst the forward combination of Oliver and Kouat Noi are twin 200cm towers who can score and rebound consistently. Whilst entering the twilight of his career, 34-year-old 209cm Nathan Jawai will always have to be watched, though he could have his greatest impact off the bench.

Having kept a close eye on the New Zealand National Basketball League (NZNBL), the Taipans signed Jarrod Kenny and Jordan Ngatai, a duo that was joined later by Jordan Hunt who provides more size for the team. Kenny is a great playmaker who can provide superb depth in the guard spot, while Ngatai can shoot from just about anywhere and hardly had a poor game in the NZNBL. Throw in other bigs, Fabijan Krslovic, Majok Deng and George Blagojevic, and there are no causes for concern for the Snakes in that regard.

In short, the Taipans have what it takes to go all the way in the NBL21, with an exciting young talent in King, as well as elite stars in Machado and Oliver, and consistent talents in Noi and Jawai, alongside the New Zealand up and comers who continue to have impact wherever they go.