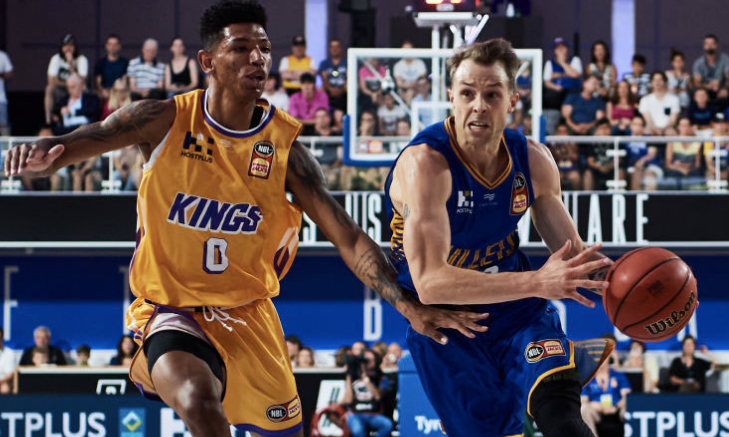 THE Brisbane Bullets were a cat’s whisker away from a second straight postseason back in NBL20, missing out on fourth position by just a handful of points determined on the last day of the season.

Three different sides finished with a home and away record consisting of 15 wins and 13 losses, in what was one of the tightest races to the end of the season in recent NBL history, with Melbourne United edging out the Bullets and the New Zealand Breakers. But coming so close to success, many of Brisbane’s faithful are on unstable ground determining whether their side can replicate the same benchmark of play they displayed last season to crack the finals this time in 2021.

A major talking point that came into the spotlight months ago was the release of last season’s MVP-candidate and member of the 2019-20 All-NBL First Team, Lamar Patterson, who recently committed to the Breakers. Patterson exhibited ridiculous numbers for the Bullets last season, averaging 21.4 points, six rebounds and 4.5 assists in an all-around campaign. The loss of Patterson paired with the secondary loss of star big-man and now member of the New Orleans Pelicans, Will Magnay, means Brisbane will definitely have their work cut out for them.

The club acquired imports Orlando Johnson and Vic Law during the Free Agency period, adding much needed depth to the side’s wing positions with both signings having an abundance of experience at the NBA level. These additions backing up Nathan Sobey and returning sharpshooter Jason Cadee will make Andrej Lemanis’s backcourt a formidable one to say the least.

Following the departure of Magnay, Brisbane needed to fill that void. The club found their solution down in Adelaide in the signing of 211cm tall Harry Froling who will line up next to fellow 211cm center Matthew Hodgson who is fresh off re-signing with the side for another season. The second of the two signatures from the 36ers is 28-year-old Anthony Drmic, who spent three seasons at his old team before heading north for warmer weather and a more primary role.

Listing off the rest of the Bullets’ rosters is a litany of young and promising talents. The list includes 200-plus youngsters Blake Jones, Tyrell Harrison and Callum Dalton (Development Player), with forward Tanner Krebs concluding the list of talls. Meanwhile, NBA Global Academy member of the last three years in Canberra, Tamuri Wigness, will look to make a considerable impact in his rookie professional season at just 18 years of age.

Due to the large number of new faces set to don the blue and gold in just under a week, a few individuals from last season had to leave. Excluding Patterson, the Bullets relinquished New Zealander Reuben Te Rangi and Cameron Gliddon, both of whom have joined the league’s newest side in the South East Melbourne Phoenix.

Uniquely, Brisbane’s ridiculous size across the roster will provide the Bullets with all the tools necessary to combat some of the NBL’s best offences. But, in order to translate good defence into positive results Coach Lemanis will need his offence to perform on a consistent basis in NBL21 with the season just around the corner.