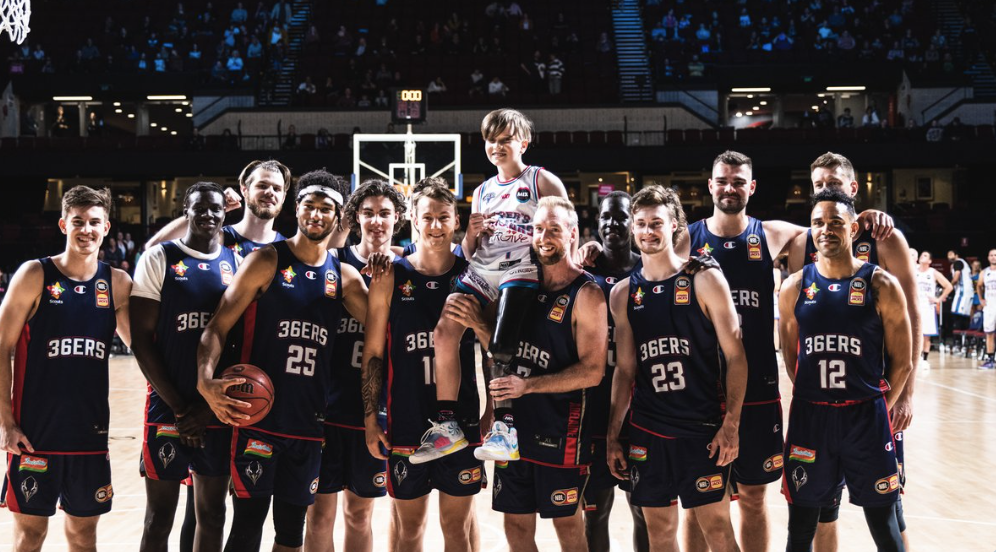 WITH a new look squad, a new head coach and a new sense of motivation heading into the 2021 NBL season, the Adelaide 36ers have been one of the busiest teams this offseason following a rather disappointing finish only a year ago.

Being led by former Orlando Magic assistant coach and scout for the Minnesota Timberwolves, Conner Henry, a new coaching scheme for his new side is to be expected by the other eight clubs in the competition, thus opening numerous doors on the floor starting from next week for the Sixers.

Familiar faces like five-man Daniel “DJ” Johnson, who is coming off arguably his best NBL campaign to date, averaging 18 points and eight rebounds per game in NBL20, will provide essential stability in what is to be a season like no other in wake of the COVID-19 pandemic.

Other returnees such as Brendan Teys, Daniel Dillon, Alex Mudronja and Jack McVeigh will also look to make substantial impacts, as each player approaches a different area of their careers. Teys and Dillon in their twilight stages, while Mudronja and McVeigh are still in their infancy years, entering their second and third seasons respectively.

Major pickups for the South Australian side are extensive, notably the acquisitions of Donald Sloan and Tony Crocker, with both set to wear the import tag over the next few months. Sloan, a five-year participant in the NBA will be the side’s primary backcourt option following the departure of long-time talisman Jerome Randle. Meanwhile, Crocker’s insertion comes with an abundance of former success from his time with Turkish and Russian EuroLeague sides Pinar Karsiyaka and Khimki Moscow.

Australians making the 36ers their new home include former Arizona Wildcat Keanu Pinder, who has been widely touted as a rapidly improving prospect. Joshua Giddey, who opted for a season in the NBL rather than a year in college prior to nominating himself into the NBA draft at the end of this year. And many more like former G-League star and Kentucky alum Isaac Humphries who is set to join Johnson in the club’s frontcourt, as well as former Illawarra Hawks rookie Sunday Dech, traded to the club during the prolonged offseason. And most recently 212cm-tall Owen Hulland, who completes the roster as the side’s Development Player before Round One kicks off next week.

The 36ers organisation saw integral members leave the side over the break excluding Randle, farewelling the likes of Anthony Drmic and Harry Froling, both of whom have moved to the Brisbane Bullets, while Kevin White has made the transfer out west to the defending champion Perth Wildcats.

But with these withdrawals from the side, it creates new opportunities for a franchise that is looking for greener pastures compared to last year, hoping for a higher ladder position than seventh this time around. Furthermore, with a new crew of young, hungry and energised young players filled with talent and potential, Coach Henry’s Adelaide 36ers are ready to hit the ground running to say the least.