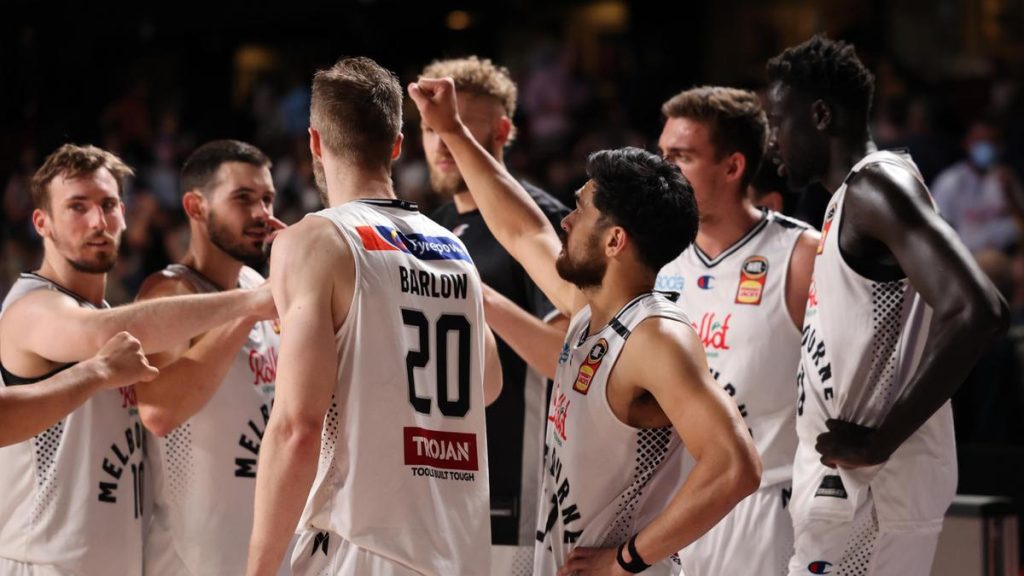 THE National Basketball League (NBL) Cup continues into Round 7 of the season, with some teams such as Perth Wildcats making their move up the table, while others such as New Zealand Breakers desperately need a win to get back on track in season 2021.

A Thursday evening fixture sees the sixth placed Sydney Kings looking to stay in touch with the top four, coming up against a struggling New Zealand Breakers outfit. The Kings have had an up and down season, only winning back-to-back games once, and losing two of their past three matches. The Breakers on the other hand cannot seemingly catch a break, winning one from six, which was an on-the-road win against Cairns Taipans back on February 6. Since then they have dropped four consecutive matches and need to turn it around quick smart.

Casper Ware continues to be a problem for the Kings’ opposition, averaging 21.9 points, 2.6 rebounds, 3.2 assists and 1.2 steals per game, shooting at 40 per cent from three-point range. He is well supported by fellow shooters, Jarrell Martin and Dejan Vasiljevic with their in-the-paint and jump shot efforts respectively keeping the Kings in contention. For the Breakers, Tai Webster is averaging a team-high 19.7 points and 5.3 assists and well as 7.5 rebounds, second in the latter stat behind big man Colton Iverson (6.0 points, 7.7 rebounds). Finn Delany (13.7 points, 6.8 rebounds and 1.5 blocks) has been a shining light in the front court for the Breakers as he continues to develop.

The Kings should get the job done here, though the Breakers are desperate to turn their season around.

In the prime time Thursday night game, Adelaide 36ers “host” Melbourne United, in a battle between two top four sides. The 36ers are travelling just above 50 per cent for the season, having won six out of 11, but have the lowest points differential of the top six sides with minus-39. United have been the benchmark all season and sit with a healthy 7-1 record, but did suffer defeat at the hands of their nemesis, Perth Wildcats last round, so will be keen to bounce back with a strong Round 7.

United will be the team to beat in this one, but the big men of the 36ers will be sure to cause some issues for the top side.

Two teams up opposite ends of the ladder tip-off Friday night’s action, with the second placed Illawarra Hawks meeting the seventh placed Brisbane Bullets. The Hawks have played an extra game but stand at a strong 6-3 from nine matches, while the Bullets are 3-5 from eight. Brisbane comes into the game with just the one win in four matches and hoping to change their fortunes again. Back-to-back defeats at the hands of the Hawks back in the opening two rounds will spur them on for vengeance, while the Hawks have dropped three of their past four games after starting the season strongly.

Illawarra has a well-balanced squad with its trio of American guards causing all sorts of issues for opposition teams. Tyler Harvey (22.1 points, 3.6 rebounds, 2.8 assists and 1.3 steals) leads the way, while Justinian Jessup (15.6 points, 3.3 rebounds, 1.9 assists and 1.2 steals) and Justin Simon (8.6 points, 6.2 rebounds, 2.2 assists and 2.2 steals) have also been prominent. The Bullets have relied a lot on the output of another import in Victor Law (19.3 points, 8.9 rebounds, 2.5 assists and 1.9 blocks) at both ends of the floor, while Nathan Sobey remains one of the league’s higher volume shooters with 23.3 points, 4.0 rebounds and 3.6 assists thus far this season.

This game is set to be a beauty, with Illawarra favourites to turn their recent form around, but Brisbane desperate for a win.

It is danger time in Cairns for the Taipans whose season is on a knifes edge with three wins from 10 games. Perth Wildcats were in a similar boat not long ago, but have taken advantage of late and are starting to gel, moving all the way up to third on the table with a 4-3 record. Since losing to South East Melbourne in Round 5, the Wildcats have strung together back-to-back impressive wins over the otherwise undefeated Melbourne United, as well as Sydney Kings to get their season back on track.

The Wildcats’ win over the Kings last round showed the potency of the Bryce Cotton and John Mooney duo. Cotton has been a star in the league for many years now, putting up another consistent 24.6 points, 7.3 assists, 3.3 rebounds and 2.0 steals, but has found a partner-in-crime with Mooney. The big American averaged 18.1 points, 12.0 rebounds, 2.1 assists, 1.4 steals and 1.4 blocks per match this season. Mooney will have his hands full with the likes of Cameron Oliver (16.9 points, 10.2 rebounds and 1.8 blocks) having another outstanding season, while the Taipans have five players hitting double-figure points. Scott Machado (18.1 points, 9.4 assists and 4.1 rebounds) is the key play maker for the Taipans, but only Mirko Djeric (11.3 points, 2.9 rebounds and 2.8 assists) also has more than two assists.

Perth will be favourites ahead of the clash, but you can never discount the spread of talent on the Cairns roster.

The South East Melbourne Phoenix will enter the round late, coming up against Illawarra Hawks on Sunday afternoon. Mitch Creek (20.0 points, 7.8 rebounds and 3.3 assists) is just rolling along as he always does for the Phoenix, teaming up well with Keifer Sykes (16.7 points, 4.7 rebounds, 6.7 assists and 1.0 steals) has also been prolific as they eye off rising up the ladder from their 5-5 win-loss record.

The Hawks could draw level with United if the results go their way, while United take on the Kings, the 36ers face the Breakers and the Bullets and Taipans lock horns in an all-Queensland face-off.