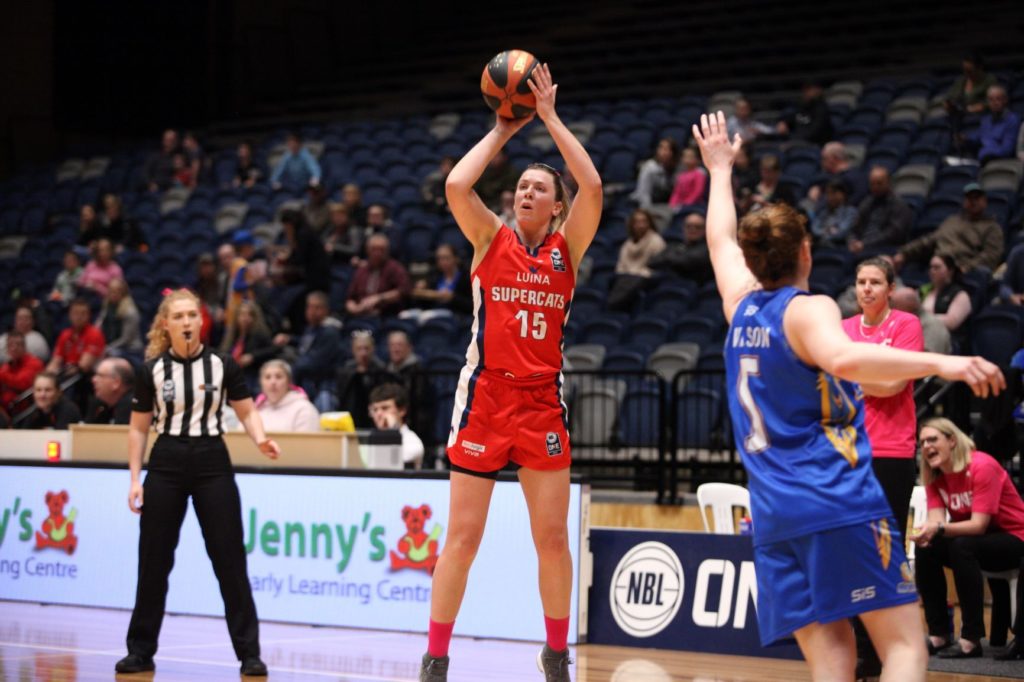 THREE sides have two games across the final weekend of National Basketball League (NBL)1 women’s action, with the trio of teams – Waverley Falcons, Melbourne Tigers and Eltham Wildcats all still in contention for eighth placed on the table. The top seven spots are filled – though the order could change – and the eighth spot could be wrapped up come tonight if the Falcons can knock off Hobart Huskies on the road. In all likelihood, even a loss would still see the Falcons make finals, having to also drop their game against bottom two side Launceston Tornadoes tomorrow. However, a loss to the Huskies and it gives the other sides a glimpse of hope with Melbourne taking on thirteenth placed Ballarat Rush and then twelfth placed Eltham – who meet sixth placed Nunawading Spectres the day before. A loss for any of those sides and it is curtains on season 2019.

The other side in with a slim chance of making finals is Albury Wodonga Bandits, who if they can upstage fifth placed Knox Raiders, can sneak into eighth spot on Saturday, but need the Falcons to lose both. The last remaining side with a chance of making the post-season series but are the equivalent of the long shot in the Melbourne Cup are Frankston Blues who not only need to take care of Southern Sabres on Sunday, but hope that quite literally all the aforementioned sides lose. The one bonus for the Blues is they play the last game of the round, and will therefore know what is on the line by tip-off.

In other games, there is none bigger than the battle for the minor premiership with top-of-the-table Bendigo Braves hoping to do something that no other side has done this year – knock Geelong Supercats off at home. However the task is just as massive for the Supercats with the Braves yet to lose on the road. The Braves’ only loss came at the hands of the Supercats on May 12, going down by 16 points at home. Meanwhile seventh placed Dandenong Rangers have a great tune-up for finals action, taking on fourth placed Kilsyth Cobras and third placed Ringwood Hawks, with a top four spot out of reach due to percentage, but could grab a home final with a couple of wins. Lose, and they likely travel to Knox or Nunawading. Ringwood must also win against the Rangers to secure a top four spot, because a loss and wins to both Kilsyth and Knox will see the Hawks drop down to fifth and lose the right to a double chance.

With so much on the line it will be fascinating to see which sides step up and which sides falter in the final round.