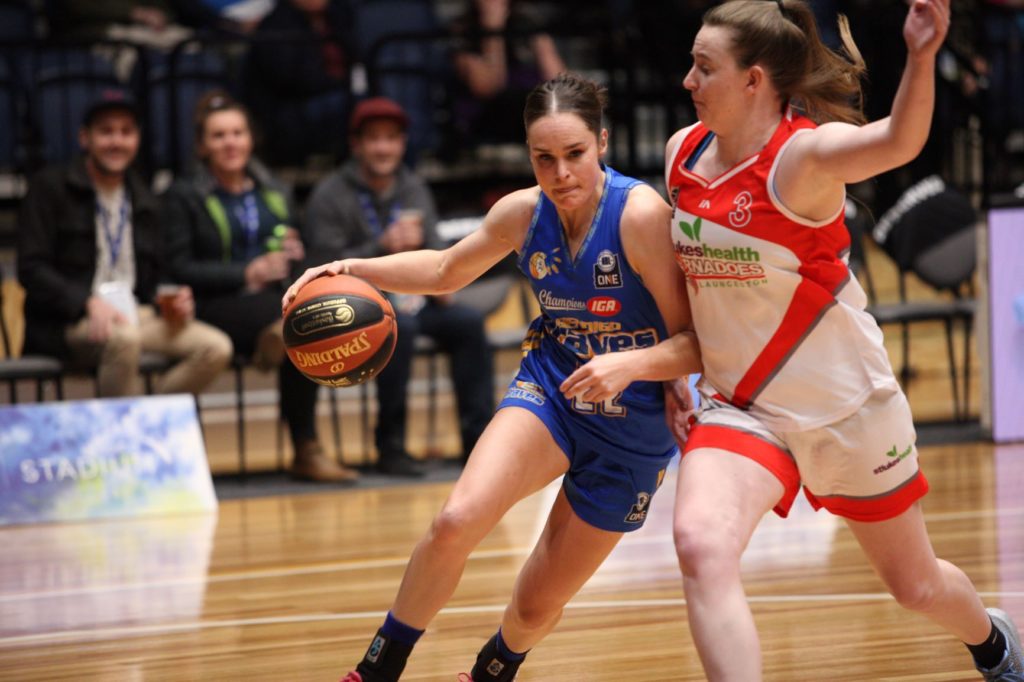 BENDIGO Braves are the last side standing undefeated in the National Basketball League (NBL)1 competition after the other two remaining undefeated sides suffered losses in Round 4. The Braves defeated Launceston Tornadoes, while Dandenong Rangers lost to Melbourne Tigers, and Ringwood Hawks went down to Eltham Wildcats.

Bendigo remained undefeated after shaking off an early challenge from Launceston to run out 105-83 winners. The Braves led by six at quarter time but that lead was cut to five by the main break. The Braves stepped up in the second half and showed why they are yet to be beaten, knocking off the Tornadoes with a 48-31 second half. Nadeen Payne scored 27 points and six rebounds, while Kelly Wilson had an unbelievable triple-double with 23 points, 20 assists and 10 rebounds to be far and away the star on the night. Tessa Lavey was also impressive for the Braves with 20 points, six rebounds and seven assists. For the Tornadoes, Stephanie Gardner had 29 points, five rebounds, eight assists and two steals in the loss, while Brittany Hodges had 16 points, six defensive rebounds and two steals.

Dandenong’s unbeaten streak came to an end at the hands of Melbourne, with a slow start proving costly. They failed to reach double figures in the first three quarters and by that stage, the Tigers lead was 22. Dandenong hit back with a strong final quarter, scoring 17-9 to win 56-42. Louella Tomlinson was the key player for the Tigers, sinking 14 points as well as recording 11 rebounds and six assists. Molly Mathews and Kasey Burton combined for 24 rebounds and six assists in the match for the winners, while Colleen Planeta and Rosie Fadljevic were the most prominent off the boards for Dandenong, with six rebounds apiece. Taylah Gillam was the top scorer with 13 points, five rebounds and five assists. It was better news last Wednesday for Dandenong when they defeated Frankston 87-63. The Rangers won every quarter and never really looked like losing taking control from early on. Rebecca Cole sank 27 points and had four rebounds, six assists and two steals in the match, while Planeta recorded 22 points, five defensive rebounds and three blocks. Fadljevic was again prominent off the boards with eight rebounds to go with her 14 points. For the Blues, Steph Reid was the dominant scorer with 28 points, three rebounds, seven assists and two steals, while Saraid Taylor had 11 points and seven rebounds.

Frankston also suffered a second loss over the weekend, going down to Nunawading Spectres. The Blues were outscored in each term as the consistent Spectres scored 23 points in three quarters and 24 in the other quarter to record a nice 93-75 victory. Taylor posted 12 points to be the leading scorer, while Joanna Smith had 11 points, eight rebounds and three assists in the loss. For the Spectres, Chelsea D’Angelo was the star with 20 points, seven rebounds and seven assists, while Rebecca Pizzey sank 21 points, seven rebounds and three blocks.

The other side to taste its first defeat of the season was Ringwood Hawks who went down to Eltham Wildcats after a disappointing final term. The Hawks led by seven at the final break, before the Wildcats ran over the top scoring 19 points to six in the last quarter for a 74-68 victory. Margaret Mulligan scored 23 points and 15 rebounds in a huge double-double performance, while also notching up three assists, two steals and four blocks. Chelsea Schweers (19 points, six rebounds, five assists and three steals) and Vanessa Panousis (14 points, four rebounds, five assists) were the others who stood out in the win. For the Hawks, Cassidy Mihalko had a team-high 16 points and 12 rebounds, while Jacqueline Trotto finished with 12 points, six rebounds and two assists.