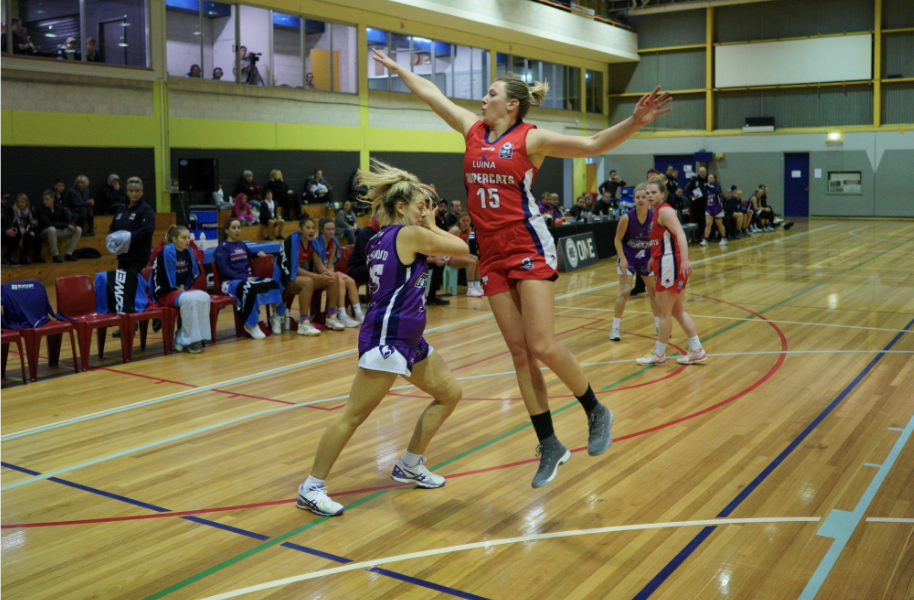 Melbourne Tigers had an impressive win over Albury Wodonga Bandits after trailing at quarter time to win 78-59 on Sunday afternoon. Monique Conti posted 24 points, nine rebounds and seven assists, while Louella Tomlinson added 14 points, nine rebounds, 10 assists and four blocks. Molly Matthews had 13 points and six rebounds, as Kasey Burton was also productive with 11 points and nine rebounds. Cherise Daniel was the top points scorer on the night, sinking 29 points for the Bandits along with three rebounds and two assists, while Jessie Edwards picked up a double-double with 16 points and 11 rebounds. The Bandits also fell victim to a red-hot Nunawading Spectres with the visitors getting up by 10 points, 83-73 at the Lauren Jackson Sports Centre. Daniel did her best with another impressive shooting effort, sinking 19 points and picking up three rebounds, while Edwards (17 points, seven rebounds) and Natalie Hurst (12 points, six rebounds) were others who stood tall in defeat. For the winners, Kathleen Scheer posted a double-double with 17 points, 10 rebounds, three assists and two steals, while Kiera Rowe and Rachel Antoniadou both registered 14 points. Eliza Chilcott had a memorable all-round game with 11 points, eight rebounds, four assists and three steals in the win.

Second placed Bendigo Braves picked up another two wins with a 25-point victory over Southern Sabres on Saturday, before doubling up with a win on the road against Ringwood Hawks, 72-60 to make it five consecutive victories. In the win over the Sabres, Kelly Wilson top scored with 21 points, five rebounds, 10 assists and six steals in a massive game both ways, while Rebecca Tobin was equally as impressive, sinking 21 points and picking up nine rebounds, four assists and two blocks. Tessa Lavey was the key playmaker with 11 points, 12 assists and three rebounds in the win. For the Sabres, Tenaya Phillips was the top points scorer with 21, as well as three rebounds and three assists, while Rachel Jarry was also impressive with 16 points, four rebounds and three assists. A 14-4 third term set up Bendigo’s 12-point win over Ringwood after leading by just three at the main break. Wilson again had a big game with 21 points, four rebounds and eight assists, while Tobin picked up 15 points, 13 rebounds, two steals and two blocks. Lavey (12 points, five assists, three rebounds and two steals) was also impressive. For the Hawks, Antonia Farnworth was the top scorer with 16 points, while ending the match with five rebounds, six assists and two steals. Danni Bone (10 points, six rebounds and three assists) was the other Hawk to reach double figures.

Knox Raiders snapped up Dandenong Rangers’ third spot with a 76-65 victory to continue their winning run of five consecutive victories, while handing the Rangers their third consecutive loss following a 9-1 start to the season. Lauren Scherf was best on court with 33 points and an unbelievable 26 rebounds – 21 of which came off the defensive board to deny the Rangers of many offensive second chances. She also had four assists, with teammate Abbey Wehrung leading an equal game-high seven assists, as well as 15 points and four rebounds. Marena Whittle was the other Raider with a double-double, picking up 15 points, 11 rebounds, three assists and two blocks. Colleen Planeta stood up in defeat for the Rangers, posting 25 points and eight rebounds, while Rosie Fadljevic managed 11 points and seven rebounds in the loss.

The other big winner on the weekend was Kilsyth Cobras, holding off a determined Eltham Wildcats by two points, before having a more comfortable 20-point victory over Waverley Falcons the day after. The Cobras set up the narrow win over the Wildcats with a 21-11 first term, and while the Wildcats won each subsequent quarter, still fell two points short in the 69-67 defeat. The win made it the Cobras’ seventh consecutive victory after being a remarkable 1-4 to start the season. Lauren Nicholson was the star for the winners with 25 points, 11 rebounds, two assists and two steals, while Kara Tessari was the other player to reach double figures with 10 points, four steals and two assists. Klara Wischer (eight points, eight rebounds, five assists and three steals) and Emily Fryters (four points, nine rebounds, three assists and four steals) had a strong defensive presence. Vanessa Panousis top scored for the home side with 17 points, four rebounds and four assists, while Abbey Ellis had 14 points, eight rebounds, three assists and two steals in the loss. In the big win over Waverley, Nicholson again did the bulk of the scoring with 20 points, three rebounds, four assists and two steals, but it was more evenly spread this time with Tessari (15 points, two rebounds, four assists), Alison Downie (13 points, two rebounds and three steals) and Taylor Mathers (10 points, eight rebounds, two assists and two steals) all reaching double-figure points tallies.

A one-point loss at the hands of Ringwood Hawks ultimately stopped Ballarat Rush having a remarkable six-game winning streak, after taking care of Frankston Blues in an equally tight two-point win. There would have been some seriously tense moments in the Rush coaching space after trailing by by three points at the final break against Ringwood. The Rush hit hard in the final term, winning it 15-13 but ultimately falling short, 76-75. Cassidy Mihalko (24 points, 12 rebounds, three blocks and three steals) and Megan Mullings (22 points, six rebounds, three assists and two blocks) were the two dominant scorers for the Hawks, while Farnworth had a handy nine points, eight rebounds and five assists in the win. For the Rush, Olivia Hackmann was a standout, posting a game-high 30 points, as well as 10 rebounds, two assists and two steals. Chanise Jenkins (18 points, eight assists, two rebounds and two steals) was the other Rush player to stand up in the tight contest. It took until overtime for the Rush to finally dismiss Frankston Blues in an 89-87 victory, but it was worth the wait. Hackmann again was superb, posting 32 points and seven rebounds, while Jenkins (16 points, four rebounds and two assists) and Hsi-le Bao (12 points, 11 rebounds) were also impressive in the win. For the Blues, Steph Reid posted 25 points, six rebounds, six assists and three steals in another big game, while Taylor Lee had 24 points, three rebounds and six assists. Shereesha Richards‘ 14 points and 11 rebounds was a strong effort, as was Saraid Taylor‘s 19 and four.

In the final match to be covered over the weekend, Frankston notched up an 18-point victory over Diamond Valley Eagles. The result came before the heartbreaking loss to the Rush, having started strong to lead by as much as 20 points at the final break for the Eagles won the last term. Richards had a big game with 25 points and 11 rebounds – seven defensive – while Lee had 12 points, 11 assists, four rebounds and two steals in a double-double effort. For the Eagles, Anneli Maley again was the star for the Eagles, scoring 23 points and amassing a massive 19 rebounds – 14 defensive – while Hope Terdich picked up 15 points and nine rebounds in the loss.