NBL1 Women’s Round 7 review: Supercats make it eight on the trot 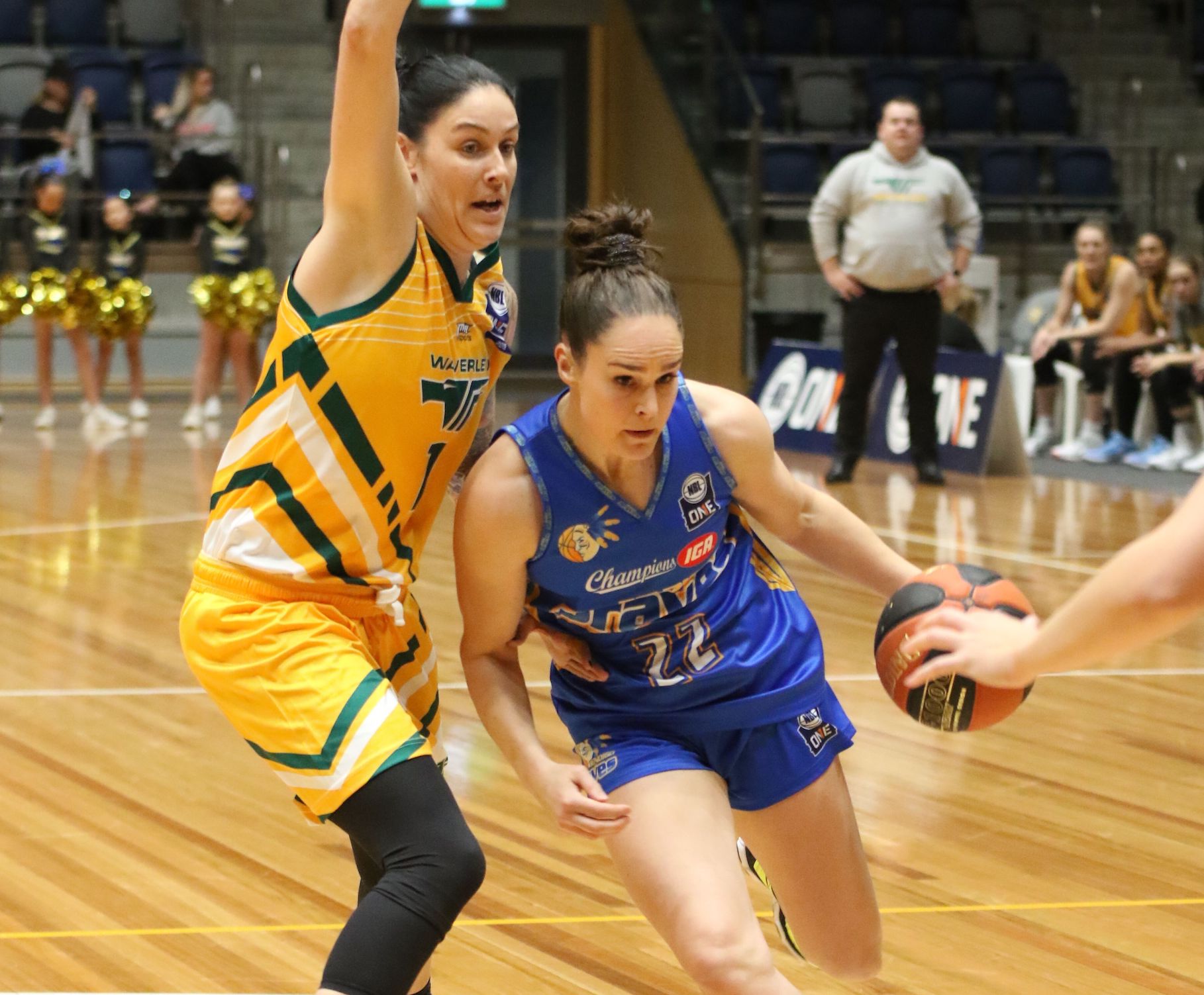 GEELONG Supercats have made it eight consecutive wins in the National Basketball League (NBL)1 Women’s competition after downing the in-form Melbourne Tigers, and Diamond Valley Eagles in Round 7. Against the Tigers, the Supercats were able to control the game for three quarters to lead by 19 points at the final break, before Melbourne scored 18-17 in the last quarter but it was too little, too late. Ezi Magbegor topscored with 17 points, six rebounds, four assists and four steals, while Sara Blicavs had a big all-round game too with 14 points, seven rebounds, three assists and one steal. Zitina Aokuso (16 points, seven rebounds and two assists) and Jazmin Shelley (13 points, seven rebounds and two assists) were also strong off the boards. For the Tigers, Louella Tomlinson starred with 27 points, five rebounds, four assists and a game-high six blocks, while Monique Conti (17 points, three assists, three steals and two rebounds) and Jenna O’Hea (15 points, eight defensive rebounds and four assists) were also strong in defeat. In the Supercats’ dominant 34-point win over the Eagles, Aokuso topscored with 20 points, two rebounds and two assists, while Blicavs (10 points, 13 rebounds, three assists and three steals) and Magbegor (15 points, nine rebounds, three assists and two steals) were prominent once again. Geraldine McCorkell was the only Eagles player to reach double-figure points, racking up 12 as well as five rebounds and two assists, while Shelby Chesiek had a team-high 11 rebounds.

Nunawading Spectres’ home versus away differing records continued over the weekend, with the Spectres going down to the red-hot Rangers at Dandenong, before bouncing back against the cellar dwellers, Basketball Australia Centre of Excellence (CoE) at home. At Dandenong, the Spectres were down at every change for the match to be over at the final break, but did push to the end with a 19-13 final term in the eventual 86-69 loss. Rebecca Cole was simply everywhere for the Rangers, dominating with 40 points, six rebounds, three assists and five steals – only one less steal than the entire Spectres team – while Colleen Planeta (13 points, three rebounds, four assists and two steals) and Taylah Gillam (10 points, six rebounds) were others who reached double figures for the home side. Eliza Chilcott was the best for the Spectres, notching up 13 points, 12 rebounds and two assists, while Rachel Antoniadou had 12 points and eight rebounds in the loss. The defeat left Nunawading’s away record at 2-3, while a 26-point win over the CoE moved the Spectres unbeaten streak at home to five. They dominated the first half 47-22, and then controlled play after that in a tight contest to eventually win, 83-57. Chelsea D’Angelo stood tall with 23 points, four rebounds and two steals, but Kathleen Scheer was the star, posting 22 points, 12 rebounds, four assists and three blocks in an imposing performance. Chilcott managed another nine rebounds in the win, while for the CoE, Kelsey Rees (14 points) was the sole shooter in double figures, as Adelaide Fuller (five points, seven rebounds) and Jade Melbourne (eight points, six rebounds) were the next best.

In a battle of the bottom two sides, Ballarat Rush achieved their second – consecutive – win of the year, keeping Basketball Australia CoE winless from 11 starts. Despite the CoE having a promising second term to lead by 10 points at half-time, a massive second half by the home side saw the Rush pile on 39 points to 17 to run away with a 12-point win. Olivia Hackman was the top scorer for the Rush, posting 17 points, 10 rebounds and two steals in a double-double effort, as did Hsi-le Bao who had 12 points and 13 rebounds. Lucy Cochrane was also impressive off the boards with 17 points and nine rebounds, while it was Chanise Jenkins who was everywhere on court, finishing with an all-round performance of 15 points, nine rebounds, seven steals and five assists. Agnes Emma-Nnopu scored nine points and eight rebounds, while Lily Scanlon was the only CoE player to reach double-figure points, finishing with 13, as well as four rebounds.

It was a mixed bag down south for Albury Wodonga Bandits as the border side suffered a heartbreaking five-point overtime loss to Launceston Tornadoes, before bouncing back with a 13-point win over Hobart Huskies. Leading by nine points at half-time, that advantage was whittled down to four by the final break, and a 21-16 final term to the Tornadoes allowed Launceston to force the game into overtime. The momentum the Tornadoes had built allowed them to score 14-9 in overtime in a memorable 100-95 win. Sarah O’Neill was dominant with 22 points, six rebounds and four assists, while Brittany Hodges (19 points, 14 rebounds) and Stella Beck (15 points, 11 rebounds) both took home double-doubles. For the Bandits, Cherise Daniel also achieved a double-double with a game-high 24 points, 10 rebounds, three assists and two steals, while Jessie Edwards (10 points, 13 rebounds) achieved the feat, and Emilee Harmon (18 points, nine rebounds) was agonisingly close to joining them. They might not have had any double-doubles in the win over Hobart, but the Bandits came home with the points, as Edwards (20 points, seven rebounds), Emma Mahady (21 points, five rebounds) and Natalie Hurst (19 points, five rebounds, four assists and two steals) were all prominent in the win. For the Huskies, Nikki Greene was unstoppable off the defensive boards, with the final 82-69 scoreline likely to be worse for the Huskies had it not being for her 17 rebounds – 15 defensive – as well as 17 points and two blocks. Sharna Thompson topscored for the Huskies with 21 points, while Ellie Collins had 13 points, four rebounds and four assists.

Bendigo Braves bounced back from their first loss of the season in Round 6 to post a nine-point victory over Waverley Falcons at home in Round 7. The Braves were in a commanding position at half-time, leading by 18 points, before a determined Falcons outfit cut the final deficit to nine courtesy of a 45-36 second half. Kelly Wilson was the shining light in the victory, recording a rare triple-double, finishing with 18 points, 11 rebounds and 11 assists, while Tessa Lavey (16 points, five rebounds and six assists), Bianca Dufelmeier (17 points, two assists) and Gabrielle Richards (11 points, nine rebounds) were also strong in the win. Tegan Cunningham seems to have adjusted back to life on the court for the Falcons after her AFL Women’s season, posting a game-high 21 points, six rebounds and five assists for the Falcons, while Kelly Bowen (18 points, two rebounds and three steals) and Carley Mijovic (16 points, six rebounds, four assists and two steals) were others who impressed.

Ringwood Hawks bounced back from just their second loss of the season in Round 6 to win in an exciting five-point game over the lowly Southern Sabres. The scores were level at half-time before the Hawks piled on 22-9 in the third quarter to lead by 13 heading into the final change. The Sabres hit back in the final term, scoring 18-10 but falling five points short in the 63-58 loss. Megan Mullings topscored for the Hawks with 24 points, six rebounds, four assists and four steals, while Cassidy Mihalko (16 points, eight rebounds) and Danni Bone (11 points, eight rebounds) were also prolific scorers in the win. For the Sabres, Ella Batish (16 points, four rebounds and two steals) and Rachel Jarry (15 points, seven rebounds, four assists and three steals) were the top players. In the Sabres other loss – a 17-point defeat at the hands of Eltham Wildcats – Jarry scored a team-high 17 points as well as nine rebounds and four assists in a big weekend for her, while Tenaya Phillps had 14 points, five rebounds and two assist. Chelsea Schweers put together a starring individual effort with a highlight-reel worthy game of 41 points, five rebounds, four assists and two steals. Chelsea Brook (14 points, eight rebounds and two assists) also impressed in victory.

In the other two games for Round 7, Knox Raiders triumphed over Frankston Blues by 13 points, and Kilsyth Cobras accounted for Diamond Valley Eagles by 25 points. Knox’s Lauren Scherf simply dominated the boards with 32 points, 20 rebounds – 11 offensive – six assists and one steal, while Abbey Wehrung (29 points, five rebounds and six assists) and Bec Ott (25 points, two rebounds and two assists) were also prominent in victory. For the Blues, Steph Reid found the bucket once again with 30 points, eight assists and two steals, while Shereesha Richards had 23 points, seven rebounds and two assists. In Kilsyth’s dominant win over Diamond Valley, Sarah Boothe starred with an equal team-high 18 points, as well as 16 rebounds, while Klara Wischer had eight points and 11 rebounds. For the Eagles, Anneli Maley was a shining light in another low-scoring effort from the visitors, scoring 13 points, seven rebounds and four assists in the loss. 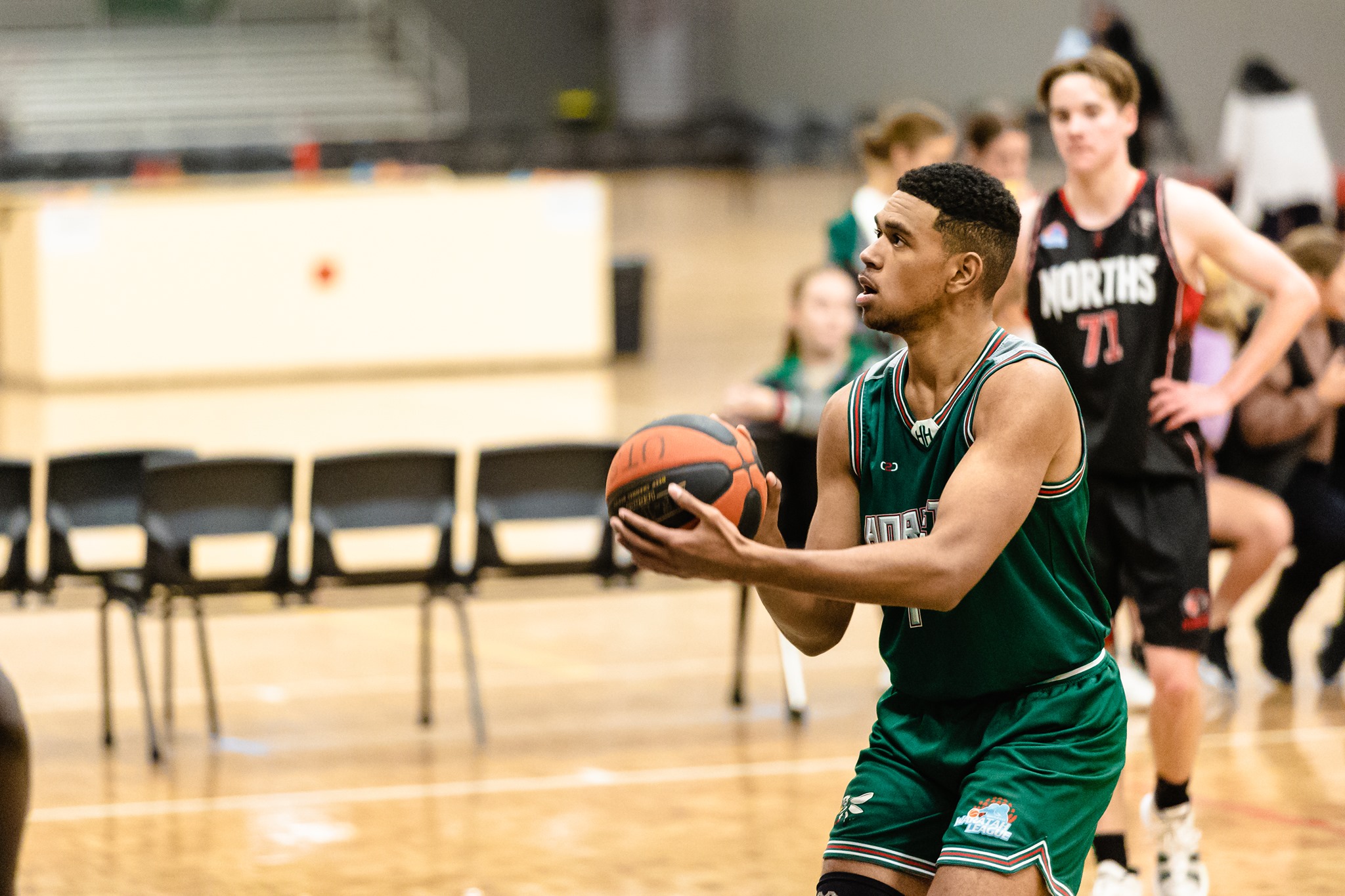 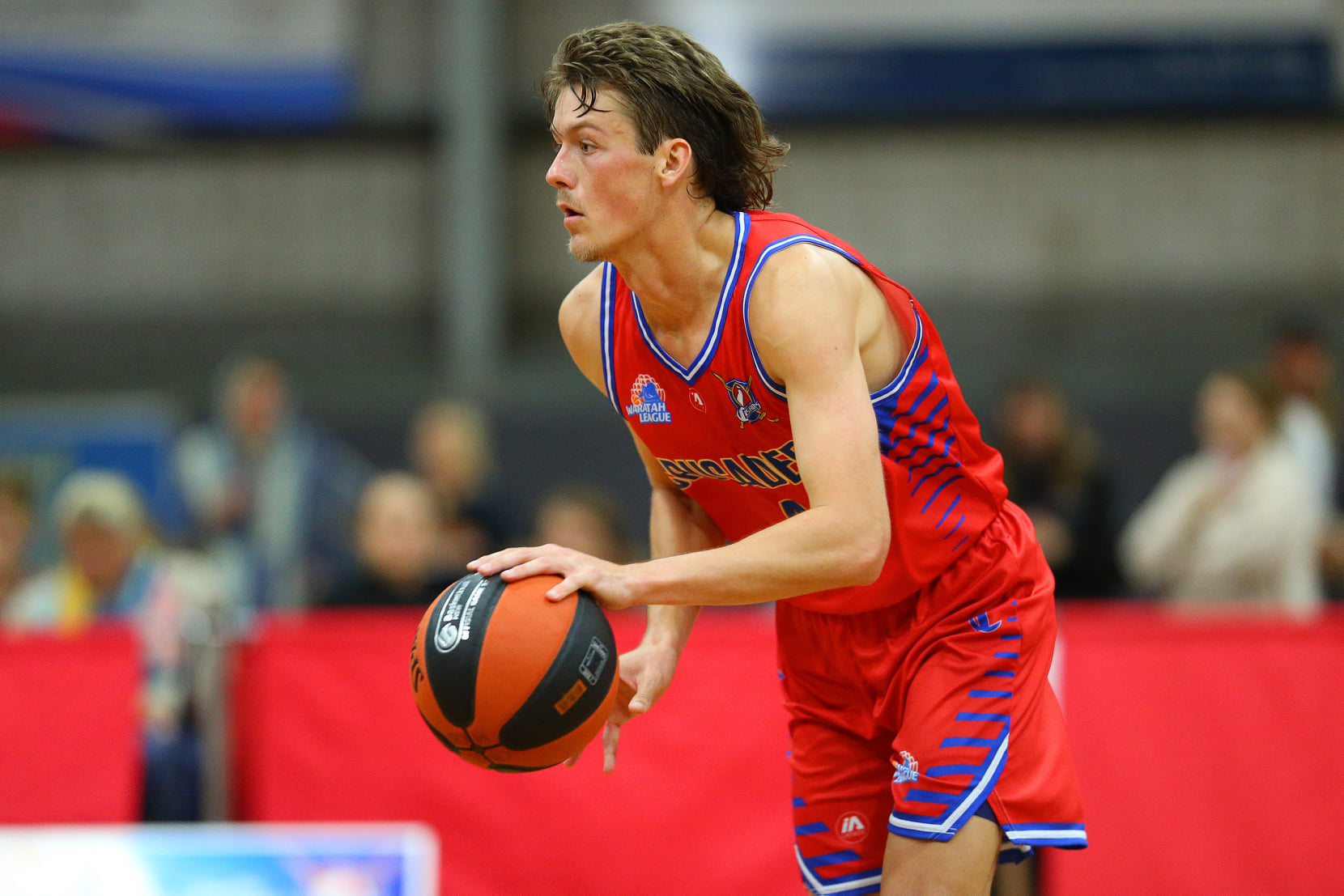 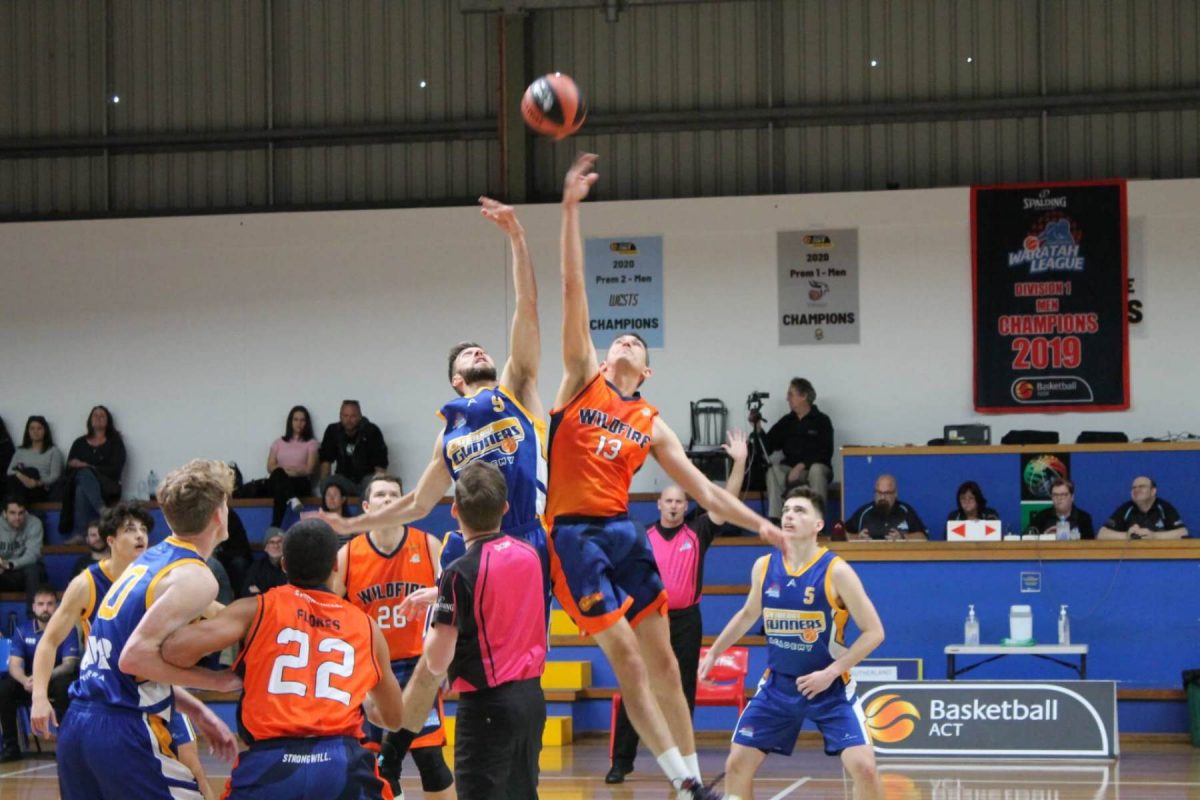