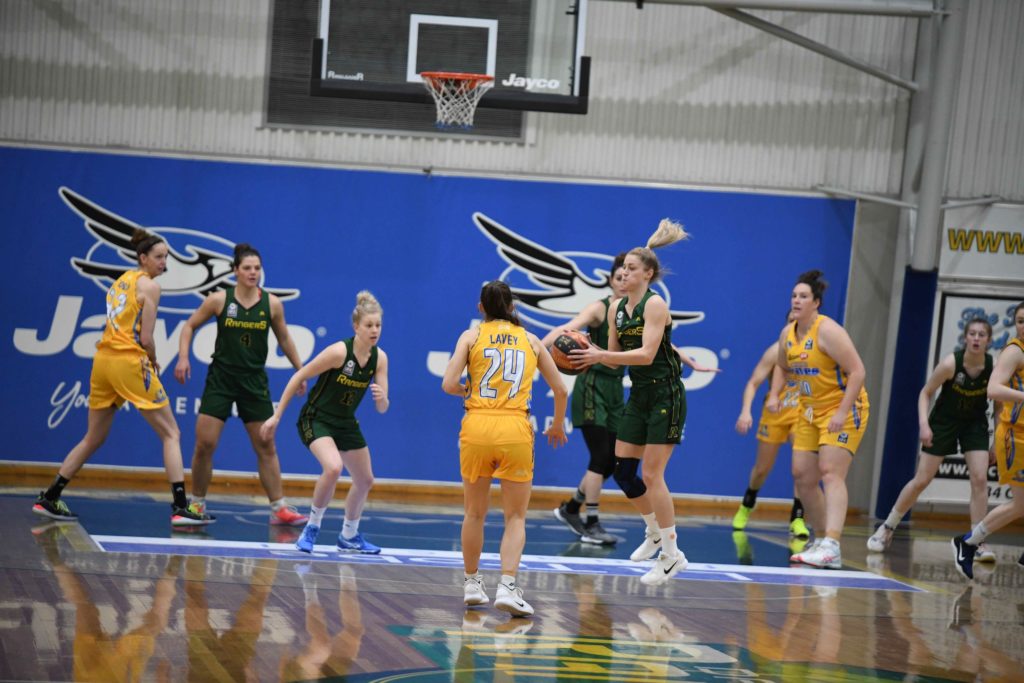 THE National Basketball League (NBL)1 Women’s competition tips off with Round 9 tonight when eleventh placed Hobart Huskies have the tough ask of upsetting the red-hot ladder leaders, Geelong Supercats. With the Supercats having won 11 of a possible 12 games, and are on a nine-game winning streak, it will take more than home court advantage in the Apple Isle to take down the one of the title favourites. After the Huskies have a go, Launceston Tornadoes will look to break a two-game losing streak against the in-form Supercats on Saturday.

Another team in ripping form is Kilsyth Cobras, who have won five consecutive games after being 1-4 to start the season, and now they take on Eltham Wildcats in a bid to take their seventh place, and potentially higher. The Cobras will also face fourteenth ranked Waverley Falcons on Sunday. Knox Raiders are back in the top four after four consecutive wins, and they will be eyeing off third spot with their opponents this weekend occupying that position, in Dandenong Rangers. The Rangers sacrificed second spot last round with back-to-back losses and will be keen to hit back with a win here. The Raiders are unbeaten at home – only they and the Supercats can claim that fact – and will be a real challenge for the Rangers.

Second placed Bendigo Braves will hope the Supercats slip up in Tasmanian with two games across Saturday and Sunday, taking on sixteenth placed Southern Sabres who are on a five-game losing streak, and sixth placed Ringwood Hawks. A team that has found a pulse in recent weeks is Ballarat Rush, with a remarkable revival from 0-6 down to win the past four matches and now have a chance against the Hawks at home on Saturday, before meeting Frankston Blues on Sunday. The Blues will be hoping to build on their two-game winning streak, with the last placed Diamond Valley Eagles – and their 10-game losing streak – in their way on Saturday. In the other two games, Albury Wodonga Bandits will be desperate to jump back inside the top eight, hosting fifth placed Nunawading Spectres, before travelling to meet the tenth placed Melbourne Tigers.

Looking at the leading players so far this season, Dandenong Rangers’ Rebecca Cole leads all comers in the points stakes, averaging a massive 30.3 points per game, five more than her two nearest rivals, Hobart’s Cayla George (two games) and Melbourne’s Jenna O’Hea (three games). Eltham’s Chelsea Schweers and Frankston’s Steph Reid are next of those playing all the games, with 24.5 and 22.2 points per game respectively. George also averaged 17.5 rebounds per game, but of those to have consistently played, Diamond Valley’s Anneli Maley leads everyone with 14.7 per game. Bendigo star, Kelly Wilson is averaging 11.0 assists per game, almost double that of next highest, Reid (6.5) and Knox Raiders’ Abbey Wehrung (5.8). Ballarat’s Chanise Jenkins has been a welcome addition to the side with 3.8 steals per game, ahead of Kilsyth’s Alison Downie (2.8). For blocks, Bendigo’s Louella Tomlinson averages 3.3 per game, well ahead of the next highest, Dandenong’s Colleen Planeta (1.9).