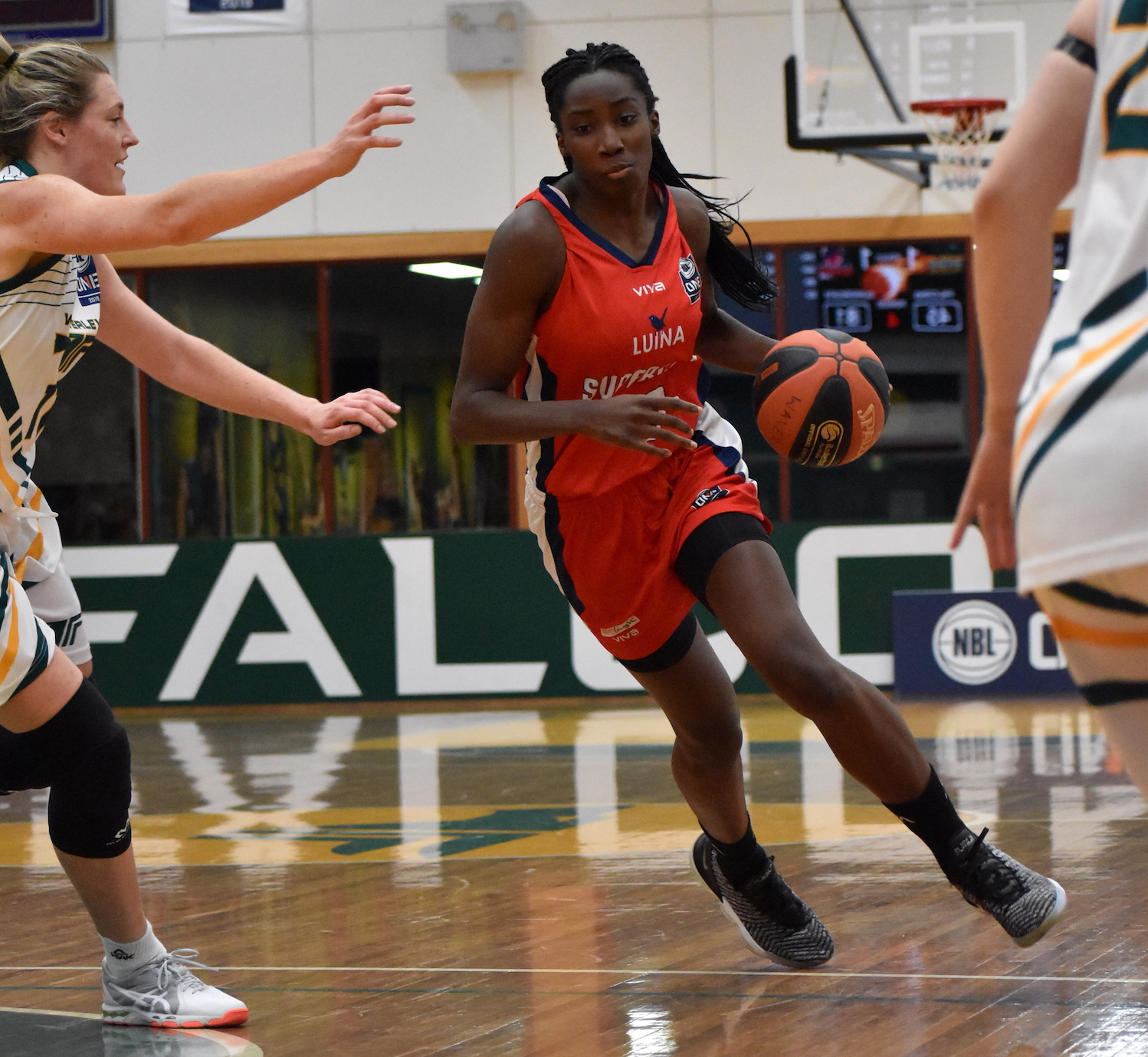 A TOP-of-the-table clash highlights a big Mothers Day weekend of National Basketball League (NBL)1 action in the women’s competition, with a record-high 14 games played across the weekend. On Sunday, the undefeated Bendigo Braves take on the second placed Geelong Supercats who have dropped just one game in their opening seven rounds. They will have to no only focus on that match, but the Saturday game which pits the Supercats against the equally dangerous Albury Wodonga Bandits who have four wins from five games.

The Supercats have a number of key players including Sara Blicavs (17.1 points, 6.4 rebounds, 2.9 steals and 2.6 assists per game) and Ezi Magbegor (16.5 points, 5.5 rebounds, 2.0 steals and 1.5 blocks per game) who will be hard for their opposition to stop. The Braves have two of their own stars who are contesting for league Most Valuable Player (MVP) honours, as Kelly Wilson leads the way, averaging 20.9 points, 12.7 assists, 7.0 rebounds and 1.6 spoils per game, while Tessa Lavey (20.0 points, 6.0 rebounds, 4.2 assists and 2.0 spoils per game) has also been big throughout the season in her six games. Bandits’ guard Jessie Edwards has been Albury Wodonga’s top player, averaging 10 rebounds and 17.2 points per game this season. The Bandits also play Diamond Valley Eagles in a game which is favourable for the visitors.

Under lights tonight, sixth placed Hobart Huskies hope to get the points against title contender, third placed Dandenong Rangers. The Rangers could jump into second with a win considering other games, as Rebecca Cole (27.0 points, 5.0 rebounds, 5.3 assists and 2.3 steals per game) looks to continue her form. They are far from a one player team however with both Colleen Planeta (19.3 points, 9.6 rebounds, 2.1 assists and 1.9 blocks) and Aimie Clydesdale (18.0 points, 4.3 rebounds, 3.6 assists and 1.9 steals per game) in great form. The Huskies have one of the MVP contenders if she played enough games this season with Cayla George only played two games, averaging 25.5 points, 17.5 rebounds and 3.0 assists. Sheniqua Greene has come in and played the last three games and made an impact with 18.3 points and 13.7 rebounds in that short space of time. The Rangers also face the struggling Launceston Tornadoes with Brittany Hodges a standout this season, sinking 18.7 points and collecting 11.9 rebounds per game.

Steph Reid was the talk of the town last round after her massive 50-point game to hand Frankston the win, and her Blues take on Eltham Wildcats this weekend to try and make it two on the trot. Reid is averaging 24.0 points, 7.1 assists and 3.6 rebounds as the key playmaker in that team, while for Eltham, Chelsea Schweers is in form with 22.6 points, 4.7 rebounds and 1.6 assists, working well with Margaret Mulligan (17.3 points, 9.8 rebounds and 3.2 assists). The Wildcats must back-up that performance to play the struggling Ballarat Rush on Sunday with the Rush yet to win a game. Hsi-le Bao has been the standout player for the Rush this season, averaging 12.8 points but a team-high 8.8 rebounds. With the lowest points for of any side, and the second lowest percentage, the Rush will be keen to get on the board against either the Wildcats or Kilsyth Cobras who they play on Saturday. It is no surprise to see WNBL sensation Lauren Nicholson dominating for the Cobras this season, averaging 21.4 points, 4.8 assists, 4.4 rebounds and 1.8 steals.

The winless Basketball Australia Centre of Excellence take on Knox Raiders and Waverley Falcons to take their total games played to nine. Isabel Palmer averages the most points with 12.5 per game as well as 4.3 rebounds and 2.0 assists in the seventeenth placed side. The Falcons are not doing much better, two spots and one win ahead of the CoE, with Carley Mijovic (16.5 points, 7.0 rebounds) and Kelly Bowen (15.3 points, 8.2 rebounds) the two keys to the team. The Falcons must also tame the fifth placed Ringwood Hawks who have won two on the trot and only dropped one game this season. Antonia Farnworth has scored 22.8 points, 6.7 rebounds and 3.0 assists to be the top Hawk, but there have been many contributors on that front.

In the remaining games, Melbourne Tigers take on Diamond Valley Eagles and Ringwood in their two matches, while Southern Sabres face Nunawading Spectres.