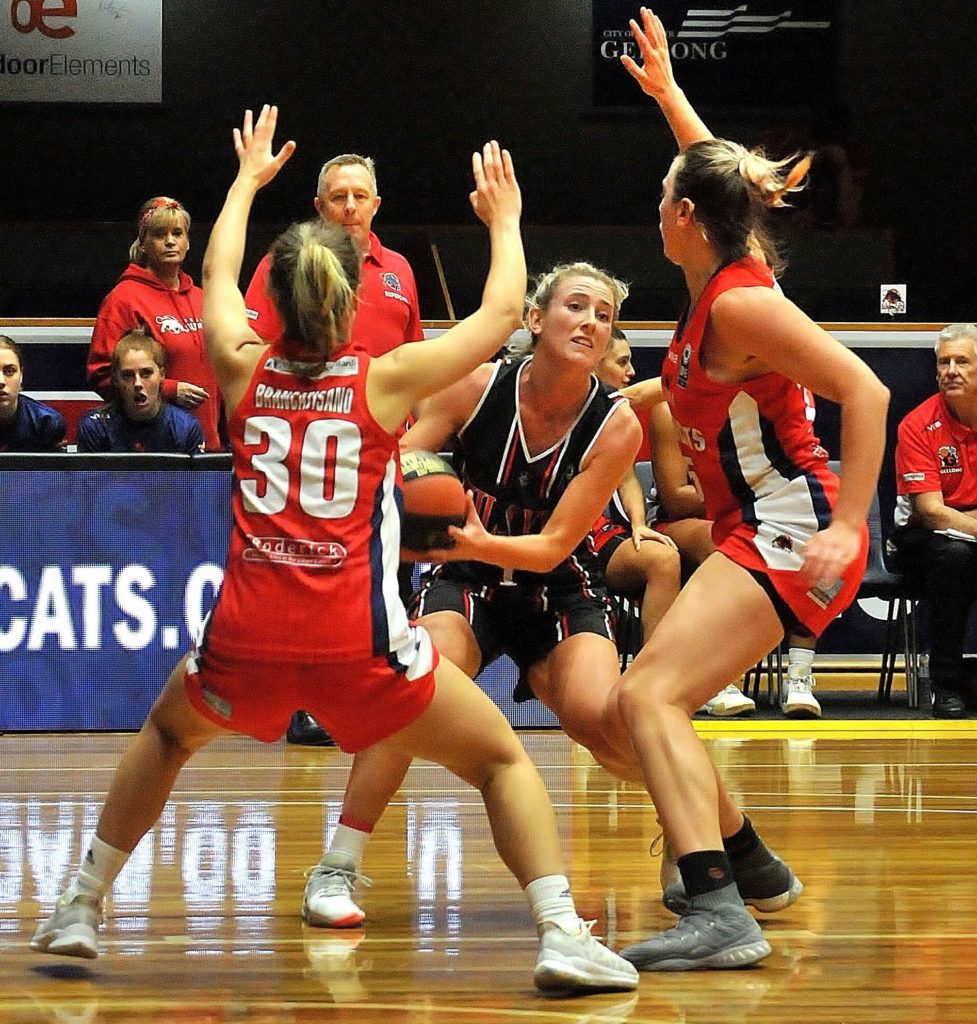 BOTH these sides earned their place in the 2019 National Basketball League (NBL)1 Women’s decider having won both finals – the quarter and preliminary finals – to now face off at the State Basketball Centre on Saturday evening. One of the Geelong Supercats and Kilsyth Cobras will take out the inaugural NBL1 Women’s title, something that will forever be remembered in history.

Geelong deservedly start strong favourites simply because of the amount of star power on the side. Whenever a team has three starting Opals in the line-up, it is hard to ignore. During the season, the Supercats have won 19 of a possible 22 games, and one of those was when they were severely understrength in the final round against minor premiers, Bendigo Braves. That game was the only match the Supercats lost at home with an impenetrable 11 wins from 12 games – including both finals – record. They also finished with eight wins from 10 games on the road. The Cobras have been solid both at home and away, winning eight from a possible 11 games in both facets. In the finals series, the Supercats defeated Ringwood Hawks, then survived a late comeback from the Braves to get up and make the grand final. The Cobras stunned the Bendigo crowd in the qualifying final to down the Braves, before backing up with a nice win over Nunawading Spectres last weekend to move through to the grand final.

The Supercats average 82.1 points per game, compared to the Cobras 78.7 points per game. Defensively, the Cobras marginally shade the Supercats in less points conceded, restricting their opposition to 65.6 points per game, while the Supercats sit at 66.7 points per game. Both teams percentages are high with the Supercats marginally ahead with 123.1 per cent to 120.0 per cent for season 2019. Both these teams have come into form at the right time of year – although the Supercats have been a team to beat for the entire season, with the likes of Ezi Magbegor, Sara Blicavs and Zitina Aokuso all having an impact and combining for 50.7 points and 24.1 rebounds, which is the most by any trio in the league. The Opals contingent will likely have a massive say on proceedings here and are always hard to stop. They also have Jazmin Shelley coming off the bench who has proven to be a really valuable player to provide spark just when they need it. The Cobras have one of the stars of the competition in Lauren Nicholson who averages a massive 24.5 points per game, while American Sarah Boothe averages a double-double with 12.2 points and 10.1 rebounds, and Klara Wischer is not far off with 13.0 points and 8.0 rebounds. They have a more even team across the board, but will be team contribution against top-end star talent.

1. Will Kilsyth be able to cause a second massive upset in the finals series?
2. Can the Supercats restrict Lauren Nicholson to stop her getting off the chain?
3. How to the Cobras combat the dominant Opals trio of Magbegor, Blicavs and Aokuso?

Geelong Supercats is the team to beat in the game with the Opals trio likely to stretch the Cobras a bit too much. If Nicholson can get off the chain and put in a big game, while Boother and Wischer start to control the boards against their highly fancied opponents, they it is game on. The Cobras managed to get the job done against the Braves in the qualifying final, and are magnificently coached, so an upset could be brewing. In saying that, we will tip the Supercats just purely because of the star power and there is no mistake as to why they have made it this far considering their record the entire year. Geelong is primed for a title and has the ability to snatch it from the jaws of defeat if need be. Everything about this game looms as a blockbuster.