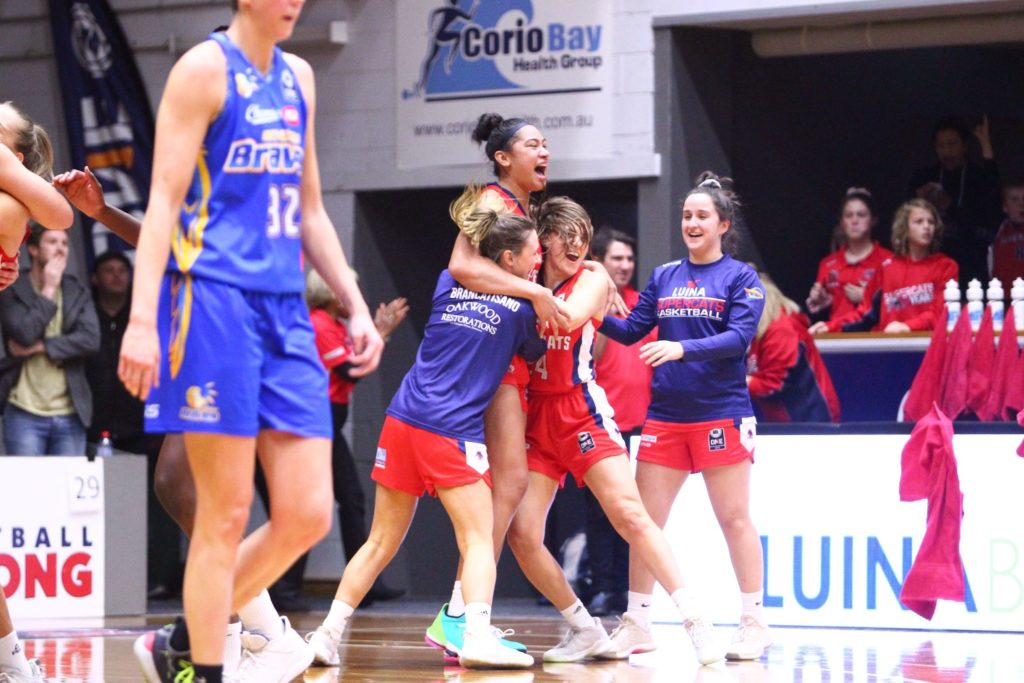 BOTH Kilsyth Cobras and Geelong Supercats were able to withstand challenges from their opponents in the respective preliminary finals to advance through to the 2019 National Basketball League (NBL)1 Women’s Grand Final. The Cobras booked a place courtesy of a dominant performance from midway through the second term, while Geelong lead all game and kept composed despite minor premiers’ Bendigo’s best efforts in the final quarter.

Kilsyth Cobras have earned a spot in the 2019 NBL1 Women’s decider after a comprehensive 23-point win over Nunawading Spectres at home in their preliminary final clash. The first term saw the Cobras and Spectres going at it only for the home side to nudge ahead by just one goal at the break. Nunawading managed to gain the ascendancy early in the second to regain the lead by two courtesy of a three-pointer by Chelsea D’Angelo four minutes into the term. Unfortunately for the visitors, it was all one-way traffic after that because from the moment Lauren Nicholson sank a three-pointer and Kilsyth lead by that margin midway through the term, the home team did not surrender the lead. Kilsyth lead by as much as 18 points early in the fourth term but the Spectres managed to cut it back to 11 with six minutes remaining in the game. In a remarkable defensive effort over the final six minutes, Kilsyth did not allow Nunawading a score, as they piled on 12 points themselves to run out 82-59 winners. Nicholson was a standout performer with 26 points, eight rebounds and three assists, while both Klara Wischer (20 points, 13 rebounds and four assists) and Sarah Boothe (14 points, 20 rebounds and five assists) dominated off the boards in what was a mammoth win for the Cobras registering 24 rebounds and 13 assists – seven of which came from Alison Downie who also picked up six rebounds. For the Spectres, D’Angelo top-scored with 13 points, as well as four rebounds, three assists and three steals, wile Maddie Garrick picked up a double-double courtesy of 11 points and 11 rebounds. Kathleen Scheer (12 points, eight rebounds and two assists) was the other player who tried her heart out throughout the four quarters, but it was a complete performance from the Cobras who now meet Geelong Supercats in the final.

Geelong Supercats weathered an almighty comeback from Bendigo Braves to secure a spot in the 2019 NBL1 Women’s Grand Final with a three-point victory. In a game many thought might be the grand final clash, the match lived up to pre-game expectations with Geelong seemingly having the upperhand for most of the contest, but Bendigo did not go down without a fight throwing everything at the Supercats in the final quarter. Geelong never trailed in the game making it a comprehensive victory, as they scored the first five points of the game and took a seven-point lead into quarter time. The Braves made a big charge in the second term to get within a point with just under three minutes remaining, but a nine points to two run late in the half saw the home side win the quarter and extend their lead at half-time to eight. Bendigo could not make much headway into the deficit in the third, getting it as low as seven points with four minutes remaining, but when Zitina Aokuso produced a successful lay-up with 87 seconds left in the quarter, the Supercats were out to a game-high 15-point lead. Trailing by 12 at the final break, Bendigo gradually attacked the deficit to come within five midway through the quarter, but ultimately the Supercats had all the answers with the three-point final margin the closest it had been since the second term. Aokuso scored a team-high 21 points, seven rebounds and four assists, well aided by fellow Australian Opals, Sara Blicavs (18 points, seven rebounds and three assists) and Ezi Magbegor (15 points, nine rebounds and four assists). Jazmin Shelley (14 points, four assists) was productive off the bench, wile Alex Duck (10 points, four assists) also achieved a team-high in assists. Rebecca Tobin sank a game-high 23 points, as well as a mind-boggling 20 rebounds, three assists and four steals to be the best player on the court, while Kelly Wilson had a double-double effort with 16 points, 12 assists, six rebounds and two steals. Tessa Lavey (17 points, three rebounds and four assists) and Gabrielle Richards (10 points, seven rebounds and two steals) were the other two Braves to make double figures. Now Geelong head to the decider to face the other side who was able to knock off the minor premiers in the finals, Kilsyth Cobras.