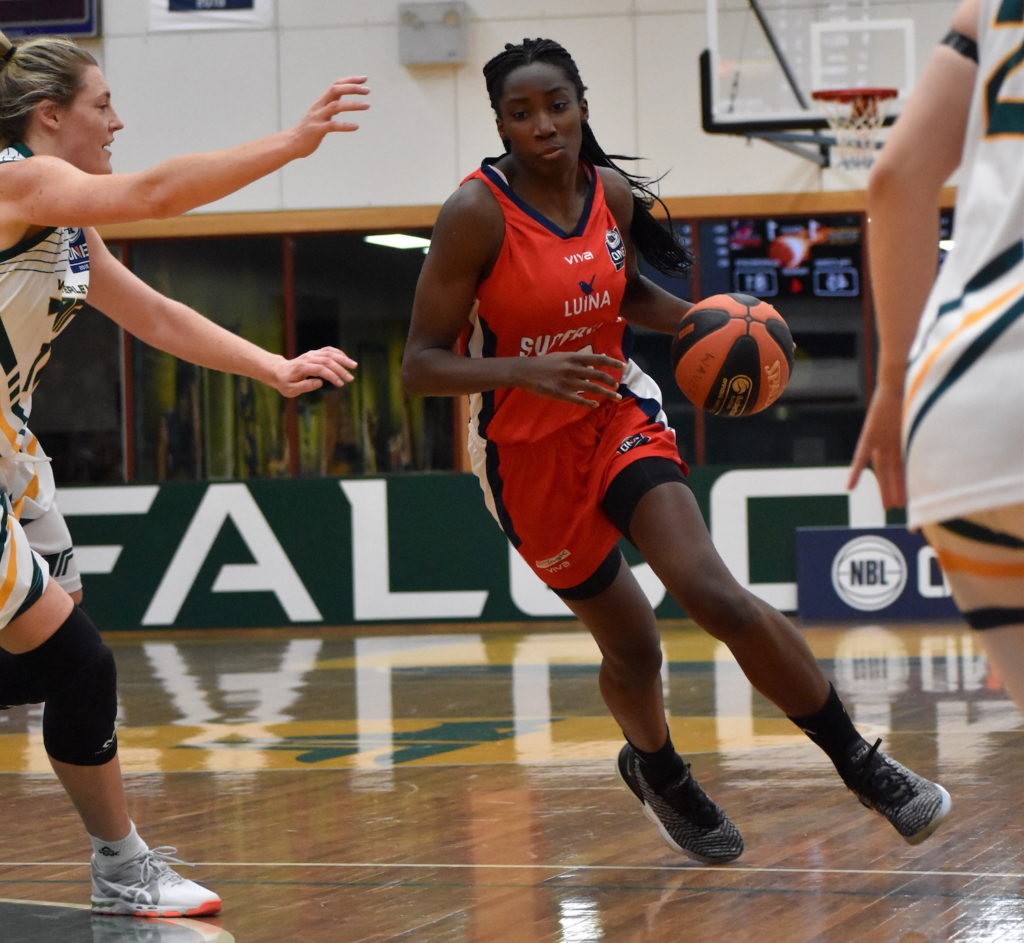 THREE of the four top sides have made it through to the penultimate week of finals, but not quite as the script might have planned. The top two sides in Geelong Supercats and Bendigo Braves go head-to-head, while the two underdogs, Kilsyth Cobras and Nunawading Spectres will battle for a spot in the National Basketball League (NBL)1 decider.

Not many people would have predicted this to be a preliminary final match-up, especially with Kilsyth having the home court advantage in the third week of finals. Many expected Bendigo Braves to continue their remarkable season and knock off the Cobras, but with an upset win by Kilsyth, the Cobras have opened up the finals race. Joining them in the preliminary final is sixth placed Nunawading Spectres who sent Waverley Falcons packing in straight sets after a semi-final win last weekend. Now these two unlikely opponents meet for a spot in the 2019 NBL1 Women’s decider.

In terms of win-loss records, Kilsyth has a 7-3 record at home, and an even better 8-2 away, which was helped by the win at Bendigo last weekend. They did not come into the finals with the best of form, losing in the final round, but that all changed when then they toppled the minor premiers. Nunawading sit at four wins from 11 games both at home and on the road, meaning neither side is particularly favourable with the home court advantage. These sides will clash in a battle of offence vs. defence, as the Spectres are known for putting up some high numbers, whilst Kilsyth is the best defensive side in the competition. The Cobras also have an extra nine percentage points on Nunawading and if percentage is anything to go by, than these sides deserve to be in the Preliminary Finals, ranked third and fourth respectively.

These sides have met twice in season 2019, and sit at one win apiece. It bodes well for the Spectres in this match as the victors on both occasions have come from the away side. In their first meeting back in June, they played at this venue and a powerful opening term by the Spectres saw them race away to a 24-9 quarter time lead. Kilsyth won the remaining three quarters but could not bridge the 15-point gap, going down by seven, 71-78. Kathleen Scheer (24 points, six rebounds and five assists) and Rachel Antoniadou (17 points, nine rebounds and three assists) were the Spectres’ best in the win, while Klara Wischer (26 points, nine rebounds, three assists and two steals) and Lauren Nicholson (18 points, five rebounds and two assists) were impressive for the Cobras. Sarah Boothe had a massive 15 rebounds in the defeat, while Rebecca Pizzey and Chelsea D’Angelo both had 13 points to their name for the visitors. In the second match-up only a few weeks ago, Kilsyth came out on top by almost an identical margin, winning 80-72 at Nunawading. They dominated the first half to lead by 17 points at the main break, and while Nunwading hit back to win the second half by nine and could not bridge that gap. Nicholson was best on court in the win, sinking 32 points, seven rebounds and four assists, while Boothe (10 points, seven rebounds and two assists) and Wischer (eight points, eight assists) were others who impressed. For Nunawading, Maddie Garrick posted a team-high 25 points and had three steals, while Scheer, Pizzey and Rachel Brewster all recorded 11 points on the night.

The big factors which have shone in those two games and will be closely watched on Saturday night, Kilsyth posted 32 assists to 19 over both games, while rebounds were also in the Cobras’ favour 73-49. In fact, the Spectres recorded just 10 offensive rebounds in the two games, compared to Kilsyth’s 22. The big advantage Nunawading has is its spread of scorers, with anyone able to stand up and play a role, whilst Kilsyth have a couple of starts in Nicholson and Boothe, and players who have been able to assist well. Kilsyth is a side you expect can now advance through to the decider and will be favourites here given the Cobras’ last match.

Much like the other head-to-head, many would not have predicted this as a preliminary final, but rather the match a week later. The top two sides have been the clear standouts this season, dropping just four games between them in the regular season. But it showed how finals is a different ball game, when Bendigo was forced to use its double chance after losing to fourth placed Kilsyth. The Braves then knocked off the Knox Raiders to keep their title hopes alive, while Geelong Supercats defeated Ringwood Hawks to move through to the preliminary final. Unlike in the men’s competition, the women’s finals were all played last weekend, so both sides have had the week’s break, with Geelong having the extra day on Bendigo.

Looking at the win-loss records, Geelong has lost just the one game at home – to Bendigo – while winning eight of the 10 matches on the road. For Bendigo, the only two games the Braves have dropped were at home, as the minor premiers head into the clash with 10 consecutive wins on the road this season. When investigating the breakdown of the sides, it is no surprise to see both teams rated well on both ends with Bendigo ranked second and Geelong fourth offensively, while defensively, the Supercats come in at two and the Braves at three. These sides also have the two higher percentages and the only teams with greater than 120 per cent for the season.

Like the other preliminary finalists, these sides have met twice for a win-loss record of one each. Bendigo’s only regular season loss came at home at the hands of the Supercats back in May, while as already mentioned, Geelong’s only loss at home came a few weeks back against the Braves – albeit understrength. On the first occasion these sides met, Geelong got up by 16 points after a dominant first and third quarter set them aside. The Supercats showed they can match it with the best and have momentum swings, including a 20-point advantage in the third term (36-16). Ezi Magbegor sank 30 points, had 10 rebounds as well as two steals and two blocks, while Sara Blicavs (23 points, eight rebounds and six assists) and Jazmin Shelley (26 points, two rebounds, two assists and two steals) were also prominent. For the Braves, Kelly Wilson had a remarkable 36 points and nine assists, while Gabrielle Richards picked up a double-double courtesy of 22 points and 12 rebounds, Andrea Wilson had the same amount of rebounds had despite contributing just two points. Tessa Lavey (17 points, six rebounds) and Bianca Dufelmeier (15 points, five rebounds) tried hard, while Supercats Isabelle Bourne and Alex Ducks combined for 22 points 12 rebounds and 11 assists in the victory. In the second game, the Braves never looked like losing against a side missing its three best players running riot over a Geelong outfit minus Magbegor, Blicavs and Shelley on the Braves’ way to a huge 88-58 victory. Gabrielle Turner scored 23 points, five rebounds and three assists, while Richards (22 points, 12 rebounds) and Wilson (21 points, 12 rebounds, nine assists, two blocks and two steals) were again the best, as Wilson collected another 11 rebounds from two points, Rebecca Tobin was also prominent with nine rebounds and nine points, as well as seven rebounds. For the Supercats, Isabella Brancatisano (16 points, 10 rebounds and five assists) and Ebony Rolph (15 points, 10 rebounds and six steals) were the two standout players.

How much you can judge the games as a whole is difficult because one was early in the season as teams were finding their best structures and combinations, while the second was where one team was very clearly understrength. Assuming both teams can go in at it full strength, Geelong might have the upperhand being at home and with a vocal crowd backing them. No doubt this could be the game of the season because each team has a number of genuine A-grade stars, as well as some real contributors which makes it a fascinating contest. While Kilsyth did knock off Bendigo in the qualifying final, you would think the Braves are better for it having gone multiple months without tasting defeat. Expect the winner of this game to take out the title as these teams on paper are something else.