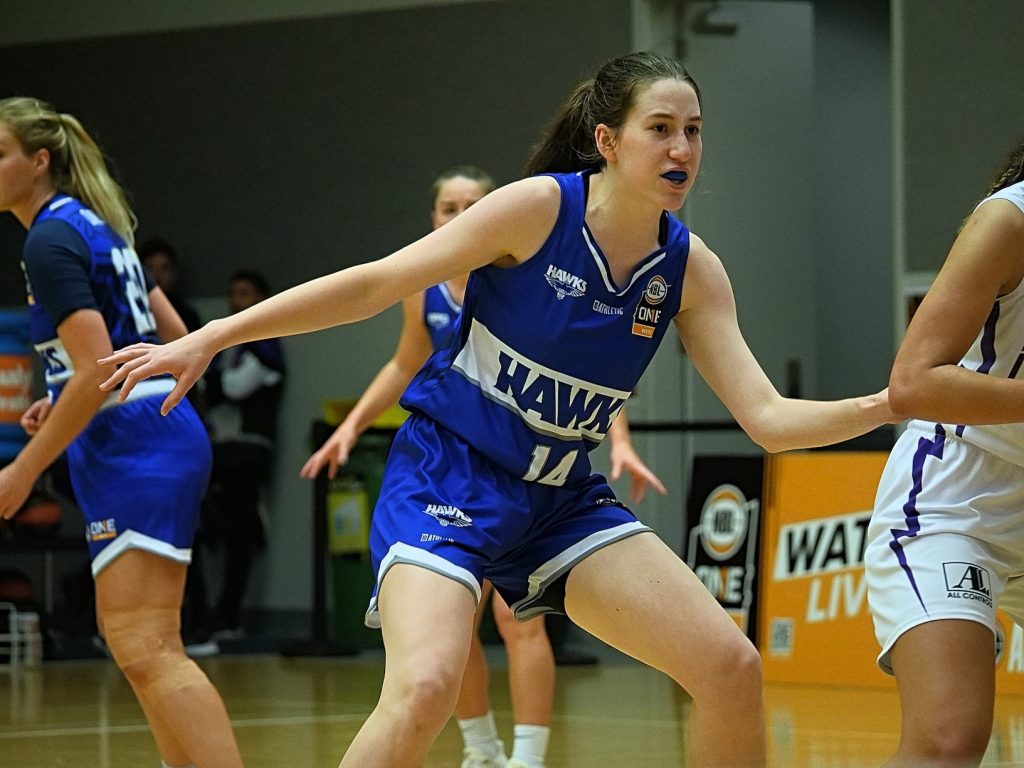 IN ROUND 10 of the National Basketball League (NBL)1 West competition, Perry Lakes Hawks asserted their dominance across both competitions with impressive wins, including a top of the table victory in the men’s division.

Perry Lakes Hawks had a good weekend in Round 9, triumphing in both their clashes over Lakeside Lightning and South West Slammers. The Hawks started off the weekend with a Friday victory over the Lightning, getting up 91-74, before smashing the Slammers on Saturday evening with a 66-point shellacking on the road. In the tighter 17-point win, Perry Lakes took control from the start and lead by eight points at the first break, then won each quarter after that to secure the victory. They also won the four quarters against the Slammers who were competitive for a term – scoring 18 points in the first – but then proceeded to only score 13 over the next three quarters – including just two in the second and fourth quarters – to go down 97-31.

There was not much to smile about from South West’s perspective, with Zaya Lilly Black battling hard to score a team-high seven points, as well as six rebounds. Cian Parsons was the top player with 13 rebounds – 11 defensive – to go with six points, matched on a scoring front by Imogen Van Iaere (six points, seven rebounds). The more competitive Lightning had the impressive Ashleigh Isenbarger who finished with 25 points, seven rebounds, three steals and two assists, while Kyrah Daniels (13 points, four assists, two steals and two blocks) and Jae Flynn (12 points, three rebounds) also hit double-digit points.

Another team that picked up two wins on the weekend – both on the road – was East Perth Eagles who knocked over Rockingham Flames by six points (83-77) and then Willetton Lightning by 13 points (87-76). In a battle of the two losers from Friday night, the Lightning bounced back to record a three-point win over Rockingham Flames (72-69) on Saturday. Meanwhile in other results, Cockburn Cougars defeated Mandurah Magic by 13 points, Warwrick Senators smashed Perth Redbacks by 35 points, and Joondalup Wolves grabbed the win against Eastern Suns by 12 points.

A top of the table clash between Perry Lakes Hawks and Lakeside Lightning went the way of the now first placed Hawks, as Perry Lakes got up by 16 points. Playing on Friday night, the Hawks were sluggish at the start as the visitors got away to a five-point lead at quarter time, and were out by eight at the main break. Reeling them in immediately after half-time, the Hawks scored 22-10 in the third term to take a four-point advantage into three quarter time, before piling on 25 to 13 in the final term to win 97-81.

Turning around the result, the Lightning took the win over Rockingham Flames on Saturday, getting up by 17 points, 101-84. They won the first half by nine points, then finished strongly with a 26-18 last term to win comfortably. Mackenzie managed the 26 points, nine rebounds, four assists and three steals, while Isenbarger pipped him for 28 points, five rebounds and five assists, and Bowie had 20 points, seven rebounds and three assists. For the Flames, Cirkook Makuac Riak (22 points, 10 rebounds and six assists), Ryan Godfrey (14 points, four assists and three rebounds) and Justin Beard (seven points, 12 rebounds, three steals and two assists) were among the best players.

In other results, Warwick Senators suffered a disappointing loss to Perth Redbacks by 14 points, as East Perth Eagles went down in both their clashes to Rockingham Flames (52 points) and Willetton Tigers (26 points). Mandurah Magic proved too good for Cockburn Cougars (13 points), while Goldfields Giants came away with the eight-point victory over Geraldton Buccaneers, and Eastern Suns suffered back-to-back defeats to Joondalup Wolves (18 points) and Mandurah Magic (14).