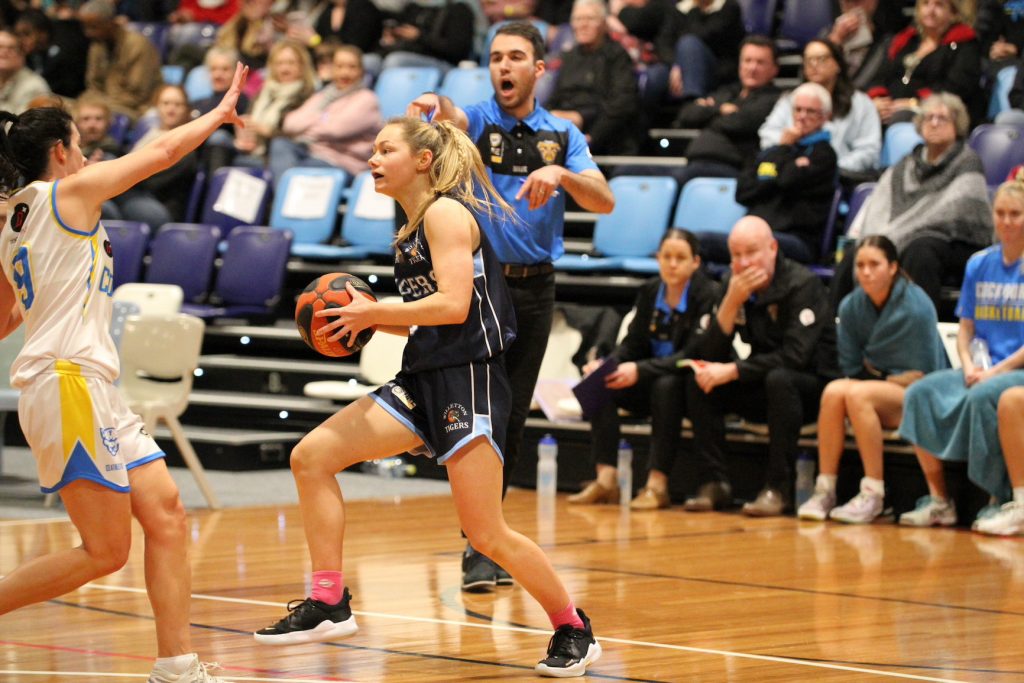 WHILST other National Basketball League (NBL)1 competitions across the country were impacted by lockdowns, the NBL1 West went ahead with some thrilling contests.

Cockburn and Warwick played out an epic battle at the Wally Hagan Stadium on Friday night with the Cougars coming out two-point winners after the game was extended into overtime. A high scoring first quarter saw the contest headed for quarter time at 30-points apiece. Gavin Field was off to a hot start scoring 12 first quarter points himself. The teams were going shot for shot in the second quarter, before the Cougars managed to get out to a nine-point lead. A late cameo from the Senators’ Justin King, scoring seven straight points, meant his team remained in touching distance of the Cougars who led 56-52 at the main break.

The second half got started with the Senators drawing level again during the third term, but a timeout just before the midway point of the quarter sparked a 13-0 run in favour of the Cougars. They maintained their lead and took an 11-point advantage into the final break. A two-pointer by Cockburn’s Seva Chan was the only basket in the opening two minutes of the last, before a 23-8 run for the Senators put them ahead by two points inside the last 30 seconds. An unsportsmanlike foul on King saw Nicolas Pozoglou hit some clutch free throws, but Field was unable to make his three-point shot in the next play. King owed his team and he stood up hitting a big three with just nine seconds remaining, before Field hit the last shot of regulation time, a three pointer with six seconds remaining, taking the game into overtime. A tight battle eventuated in Cockburn’s Josh Hunt making the final basket of the game with 26 seconds left in overtime.

Field finished the game with 25 points (including five three pointers made) and eight rebounds, while teammates Chan (16 points, seven rebounds, nine assists) and Hunt (19 points) all played well, but from a Cougars perspective Pozoglou was dominant on both ends of the court all night. He finished the game with 24 points (10/16 field goals made) but showed his worth defensively registering a game-high 12 rebounds (10 defensive), equal game-high five steals and the most the blocks as well (four). For the Senators Caleb Davis (25 points) and Cody Ellis had strong performances, but King was the standout with 27 points, eight rebounds, five steals and the teams only block.

The Cougars made it two from two the following the night when they defeated the Willetton Tigers in a much more comfortable 20-point victory. Pozoglou was on fire again recording another 27 points (10/16 field goals made), eight rebounds, seven assists, two steals and two blocks in 23 minutes of action.

Meanwhile, Mandurah made it six straight wins after two more victories in round 15. On Saturday night they defeated the Eastern Suns by 10 points before Scott Machado took over the city on Sunday scoring 37 points in the 95-73 win against the Goldfields Giants. The Cairns Taipans star has been electric since his debut seven games ago, and it’s no coincidence the Magic find themselves in a rich vein of form since his arrival. The Suns had no luck in round 15 as they were already losers on Thursday night suffering a 15-point defeat to the first placed Lakeside Lightning. Rowan Mackenzie also feasted on the Suns scoring 35 points, and there was no stopping him as he backed it up again the following night in front of the home crowd, adding another 30 points in a dominant display from the Lightning as they defeated Joondalup by 27 points.

In an exciting finish, Geraldton’s Mathiang Muo hit a game winning three-pointer with just two seconds left on the clock to secure a 68-67 win against Perth.

Willetton extended its unbeaten run to seven games following victories over Perry Lakes and Cockburn. After Friday night’s road win against the Hawks, the Tigers returned home to face the Cougars at the Willetton Basketball Stadium. Samantha Lubcke scored nine first quarter points as the teams were tied on 18 at the first break. The Tigers scored another 18 points in the second term and took a two-point lead into half time. Willetton really put their foot down in the third term not only scoring 26 points themselves, but also performing strongly on the defensive end, keeping the Cougars to just 13 points for the quarter. An even final quarter was enough for the Tigers to maintain their lead and come out 79-64 winners.

Emma Gandini (12 points, eight rebounds, five steals), Desiree Kelley (16 points), Alex Sharp (eight points, 10 rebounds, six assists) all contributed to the win alongside Lubcke, who was a standout with 27 points and six rebounds. Taylah Simmons (14 points, seven rebounds, five assists) and Olivia Bassett-Scarfe (12 points, five rebounds) were the only two double digit scorers for Cockburn. Two wins in the round for Willetton keeps them one game clear on top of the ladder.

Meanwhile, second placed Joondalup Wolves also secured two wins over the weekend, keeping themselves in touching distance of first position. The Wolves won on the road against the Lightning by 23 points, before they defeated Perry Lakes 69-63 at the HBF Arena. A slow start saw the Wolves trailing by 11 points at quarter time as the Hawks had doubled their first quarter total, but a strong second and third quarter performance where they outscored Perry Lakes 42-22 proved the difference, as they were able to hold off a Hawks comeback in the final term. Neseya Parker-Williams (16 points, 12 rebounds) and Kayla Steindl (15 points, three steals) were good for the Wolves, while Mia Satie was a standout for the Hawks, scoring 22 points and collecting nine rebounds.

In other matches, a massive 20 and 20 game from Mary Goulding (25 points, 21 rebounds) led East Perth to a 10-point victory over Warwick, Carly Boag (18 points, 17 rebounds) also had a big game against the Eastern Suns, leading her Magic to a 79-61 win, and 21 points from Paris Duffield was the most for Rockingham as they also came out victorious, defeating the South West Slammers by a 23-point margin.