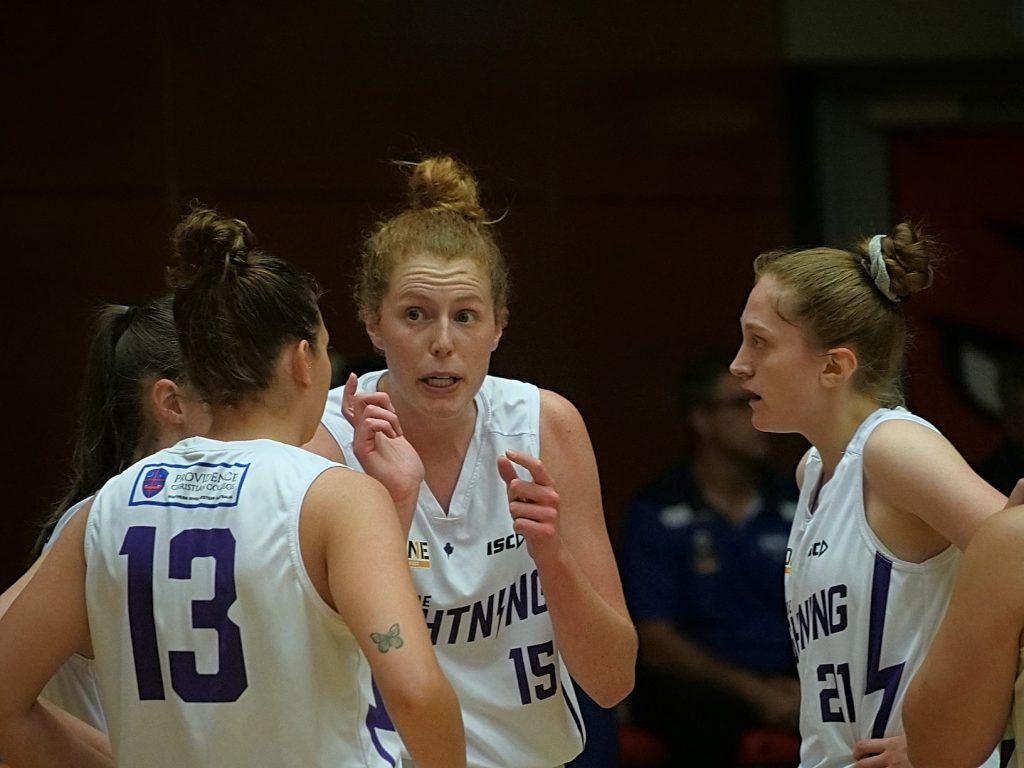 ROUND 10 of the National Basketball League (NBL)1 West competition played out over the weekend with some tight results, as well as some massive blowouts. We take a look at a feature match from each of the men’s and women’s divisions.

It was a thrilling contest between Lakeside and the Senators at the Lakeside Recreation Centre, yet it was Warwick who stole the win with three points. Warwick hit the board early with a three-pointer, leading to a string of shots. Lightning returned the favour with a three-pointer of their own. A dominant performance was displayed from both teams as scores were 12-18 in favour of the Senators leading into the second period. The Warwick Senators were quick to take advantage of their lead, with a three-point jump shot and managed to maintain the lead. However, Lakeside were slowly making a comeback as scores reached 26 for each side. The tight contest continued between both sides as scores were levelled multiple times throughout the second period. But it was not enough to stop Warwick from taking the lead once again by the third. Despite three-point jump shots being scored by Lightning, it was not able to deter Warwick from once again holding the lead through majority of the fourth period. The thrilling final battle between the two teams concluded with a free-throw being made, taking the final score to 88-55.

Despite the loss, Ashleigh Isenbarger impressed for the Warwick Senators with 27 points and 17 rebounds. Mikayla Pirini also had a decent performance with 18 points and five assists. For the winning side, Stacey Barr and Mackenzie Clinch-Hoycard dominated on the court with 30 and 25 points respectively. Jayda Clark’s game also was impressive with 17 points, five rebounds and two assists.

Joondalup Wolves won against the Perth Redbacks by 13 points whilst the South West Slammers scored a stunning upset against the Redbacks by 61 points. Cockburn Tigers were unable to get on top of a dominant Perry Lakes Hawks. The Willetton Tigers and the Rockingham Flames both found wins against the Mandurah Magic and Lakeside Lightning.

With a slow scoring start to open up the game, the Goldfield Giants was the first to get points on the board thanks to two free-throws being made. However, the game began to intensify during the first term’s second half. Both sides wanting to take the lead, as a tight contest between the two emerged. A snap two-point shot from the Eastern Suns helped them snag the lead heading to the end of the period. The scores were 29-32 and in favour of the Suns heading into the second period with a time-out being used as well. Goldfield managed to snag the lead from their opponent as the third period rolled around as a result of a few shots and free-throws being taken. Despite Goldfield still holding onto the lead as the third progressed, the Suns were on their heels, slowly coming back into the game. By the final period, the scores were levelled before a string of points scored by Suns helped them take out the win against Goldfield.

Chris Johnson was crucial in the Suns win against the Goldfield Giants thanks to an impressive 27 points, seven assists and two rebounds to his name. Also impressive for the Suns was Jermaine Malie who scored 16 points and Ryan Blanchett also scoring 16 points during the game. For the Goldfield Giants, Deng Kunay stood out on the court with 22 points, five rebounds and two assists, alongside Hamish Cummings with 20 points and Jerome Reid with 19 points.