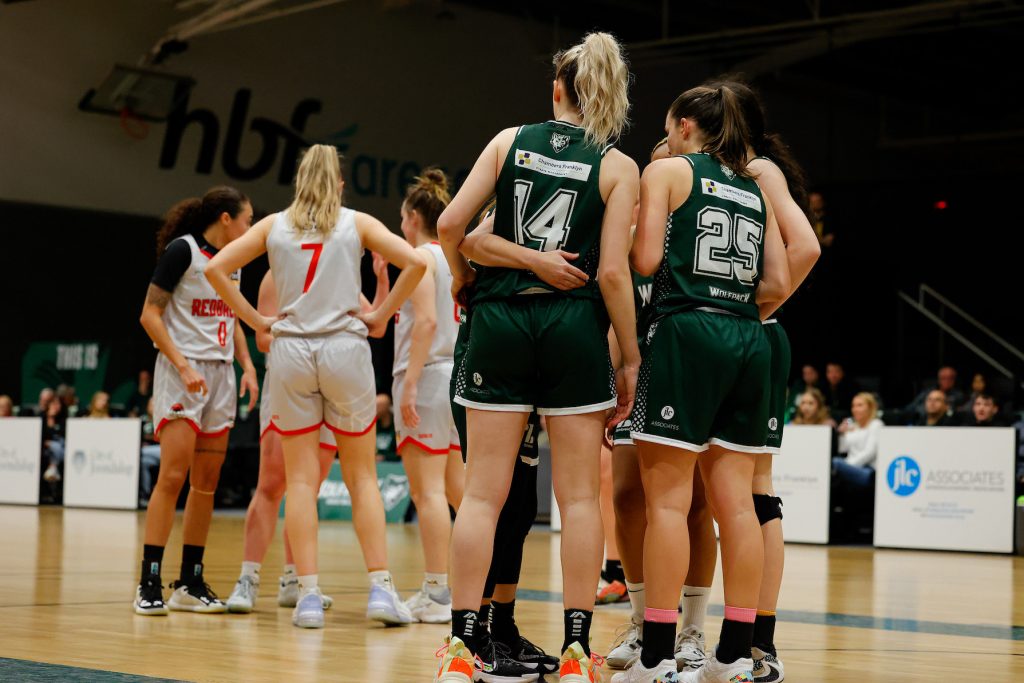 THINGS started to well and truly heat up in the first week of finals in the National Basketball League (NBL1) West Women’s competition, with the Rockingham Flames and Mandurah Magic eliminated. Meanwhile the Joondalup Wolves and Willetton Tigers managed to secure wins in the qualifying finals to progress through to the next stage.

Only six points separated the two sides at the end of the game, with Cockburn Cougars digging deep to hold off the Flames and secure the win. Cockburn was off to the races nice and early opening up a 10-point lead before the Flames delivered some magic of their own in the second. The momentum swung back and forth throughout the game with Rockingham heading into the final break with a handy lead. But that is where it stopped as the Cougars powered home in the final stanza to flip the script and claim the win.

Alexandra Ciabattoni led the charge for the Flames producing 21 points, shooting at 100 per cent from the free-throw line. She also managed five rebounds, one assist and two steals. Christina Boag was the next best with her 15 points, five rebounds, two assists and three steals. Both Jorjah Smith and Paris Duffield found their groove draining nine points and two steals apiece. It was the Jessie Edwards show for the Cougars, piling on an impressive 31 points at 67 per cent from the field. It did not stop there as she also collected 11 rebounds, while Ruby Benn chimed in with a handy 10 points and eight rebounds. Taylah Simmons fell just short of a double-double thanks to her eight points, 12 rebounds and six assists.

It was all one-way traffic with the Senators running rampant against Mandurah Magic to record a 32 point win. Warwick Senators led from the opening quarter and did not let up throughout the contest, winning each and every quarter. Creating a 10 point lead at quarter time the Senators went on to extend that buffer to 19 at half time. They did not take their foot off the pedal in the second half with a scintillating 24 point to 14 final quarter.

The Senators were overwhelmed with scoring options as Tayla Hepburn topscored with her 22 points in 29 minutes while four other players hit double-digits. Caitlyn Jones had her hands full slotting 16 points, three rebounds and seven assists. Stacey Barr chimed in with a handy 15 points and impressive 13 rebounds along with eight assists and four steals in an all-round solid performance. It was a slightly different story for the Magic who relied on two key prongs in Carly Boag and Casey Mihovilovich. In her 33 minutes, Mihovilovich managed to slot 25 points along with five rebounds, eight assists and two steals as Boag got busy with her 21 points, 13 rebounds four assists, four steals and one block.

It was always going to be a trying situation for the Redbacks especially given the form the Wolves were in and Joondalup made them pay, posting a 52 point romping. It was a relatively even start to the game with only five points separating the two sides before the Wolves started to rally and gain some real momentum. However they did not hit their straps until the second half adding an impressive 40 points to their total while keeping the Redbacks to a mere 15.

The Wolves had a plethora of options that proved they were more than capable of landing a match winning blow. Both Kayla Steindl and Neseya Parker-Williams shone recording 17 points and eight rebounds apiece. Rebecca Benson was not far off the pace draining 13 points, five rebounds and two steals while Chelsea Belcher and Jasmine Martin chimed in with 10 points each in the win. Makailah Dyer was the topscorer for the Redbacks sinking an impressive 25 points at a lowly 35 per cent from the field. She also managed seven rebounds and a steal. The scoring dropped off after her with Briana Bailey the next closest with her six points as Maddison Allen reeled in seven rebounds in the loss.

Willetton Tigers pulled off an almighty second half comeback to stun East Perth Eagles and progress through to the next stage of finals. The Eagles held all the momentum in the opening half creating a dominant 18 point lead at the main change. But that all changed in the second half with Willetton digging into their bag of tricks to stop the Eagles in their tracks with a 20 point to four third term. That trajectory continued in the final quarter as they secured a courageous win.

The Tigers relied on their big four players to steam ahead with Desiree Kelly impressing with her court craft producing 19 points and 10 rebounds. Samantha Lubcke showcased her endurance and smarts piling on 18 points and seven rebounds all of which were offensive. Alex Sharp had a game to remember recording a whopping 16 points and 17 rebounds. It did not stop there as she fell just short of a triple double credit to her eight assists and two steals. Mary Goulding was in fine form shooting 24 points for East Perth along with 17 rebounds and four assists in the narrow loss. Opal Mader found her groove slotting 19 points and six rebounds as Brianna Moyes drained 10 points.