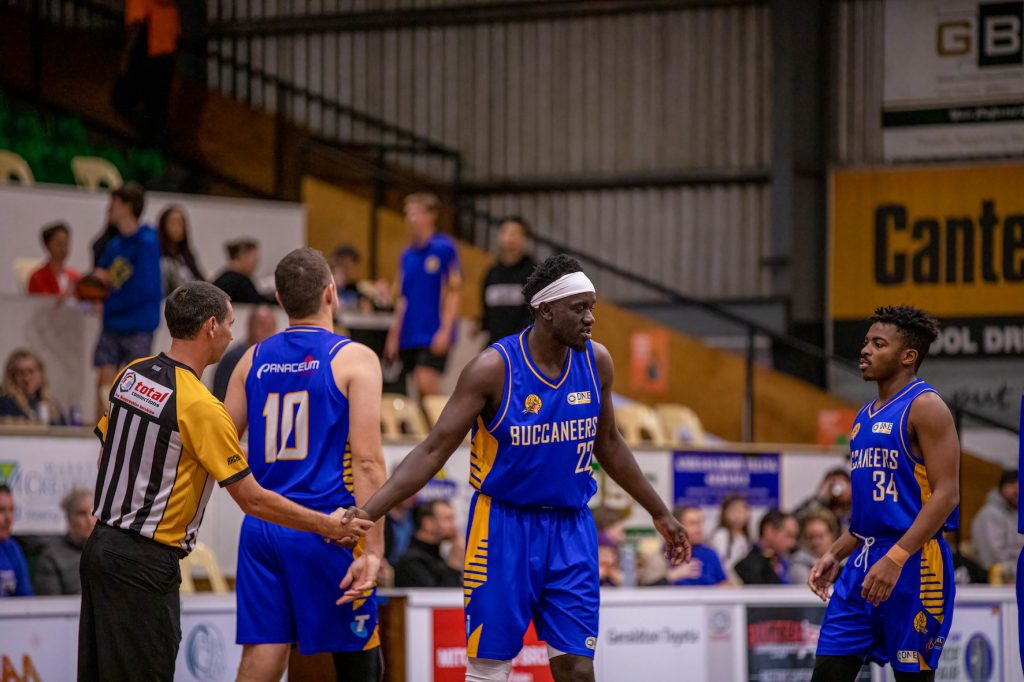 THERE was no shortage of action in Round 14 of the National Basketball League (NBL)1 West as 11 games took place in the men’s league while for the women only six games were scheduled.

Only three points separated East Perth Eagles and Geraldton Buccaneers with both sides coming into the clash with a checkered history. In the end it was the Buccaneers that snuck over the line in what was a tough contest, winning 75-72. The Eagles sunk to their third consecutive loss as Geraldton rallied in the final term to walk away with the win.

It took a while for both sides to get off the mark with a tick under two minutes played before the Buccaneers managed to open the scoring with a handy triple off the hands of Taine Wattie. That was quickly answered by the Eagles signalling the intent from both sides. Geraldton created a handy four-point lead early but scoring proved hard to come by as the quarter went on and both sides lacked accuracy to the rim. The momentum started to swing in favour of East Perth as they ran down the lead and created a handy three point buffer of their own. By quarter time only one point split the two sides with the Buccaneers the beneficiaries.

The second quarter took a turn as Geraldton put the foot down with a couple of successive shots to turn the game on its head and open up four-point lead. They only gained more momentum as the quarter went on piling on 23 points to 14 boasting a 10 point lead at half time. But East Perth refused to go away, hitting back in the third and coming out with a real pep in their step. They chased down the Buccaneers with a scintillating third term performance heading into the break only down by one point once more. With the game on the line it was Geraldton that dug deep finding an extra gear to steal the win.

Lee Roberts was a real threat draining 27 points for East Perth in his 37 minutes out on court. Roberts also managed 12 rebounds, eight of which were defensive in the narrow loss. Andrej Donlagic worked tirelessly for his 11 points, shooting at 36 per cent from the field as Mitch Benger produced 10 points, two rebounds, four assists and three steals.  Both Brendan Tucek and Logan Thwaites contributed to the scoreboard putting up eight and seven points respectively to keep their side in the hunt.

There were two main contributors for Geraldton as Elijah Barbour and Mathiang Muo plied their trade. Barbour found his groove shooting at 42 per cent from the field and recording 27 points as Muo slotted 21 points while also reeling in eight rebounds. Wattie had a hot hand from downtown sinking four of his seven attempts from three-point range to finish with 14 points to his name along with eight rebounds and two assists. Brandon Holloway was another figure that had an impact in the win credit to his eight points, five rebounds and eight assists.

In other results, Cockburn Cougars impressed recording two wins from their two outings while on the flip side the Goldfield Giants were left winless from both their encounters. South West Slammers struggled to generate any winning momentum going down in both of their games as the Eastern Suns lost in a close encounter with the East Perth Eagles. Mandurah Magic just got over the line in their clash against the Willetton Tigers as did the Warwick Senators over the Buccaneers.

The battle between Joondalup Wolves and Warwick Senators was a thriller as the two sides came into the clash with winning form. The Senators had only lost one of their past five encounters while the Wolves were tracking with a handy five-game winning streak and extended it to six with a victory over Warwick, 94-85.

It was a fiery start to the game from both sides as they poured on the points indicating what was going to be a high scoring fiasco. The Senators wasted no time finding their way to the basket draining a handy triple before the opened up a six-point lead. But the Wolves were determined to keep themselves in the contest as they rode the early wave of offensive pressure and stepped up to the plate as the quarter went on. The tables started to turn as the shots fell their way and the lead changed hands midway through the term. But a fast-finishing Senators outfit went into the first break up by a mere point.

Unhappy with their slow start the Wolves came out with a real pep in their step to force Warwick onto the back foot and control the tempo of the game. Increased pressure across the court forced the Senators into uncharacteristic turnovers as the Wolves pounced on each and every opportunity that came their way creating am eight point lead at the break. That momentum filtered into the third term as Joondalup refused to break their winning streak. It was an improved effort from the Senators though as they managed 20 points as the Wolves snuck ahead with 23 to take the lead once more at the final change. In the end it was too little too late as the Wolves ran home with victory despite a last quarter comeback from the visitors.

Kayla Steindl proved to be a ball magnet for the Wolves producing a team-high 30 points while shooting at 48 per cent. She also managed 11 rebounds, two assists and three steals in the win. The number 12 shaped up to be the magic number for the Wolves as three players in Tia Ucich, Rebecca Benson and Neseya Parker-Williams all walked away with 12 points to their name. Ucich also lent a hand off the boards with three rebounds while she also recorded five dimes. Amber Land was influential for Joondalup as she posted eight points and 11 rebounds with nine of them defensive.

For the Senators it was Stacey Barr that led the way producing 28 points in her 38 minutes out on court. She could have had more given she converted at a lowly 29 per cent from the field while she also racked up six rebounds. Tayla Hepburn was not far off the pace registering 18 points at 62 per cent from the field while also chiming in with four rebounds. Mackenzie Clinch Hoycard was also up and about for the Senators nailing 14 points as Chloe Forster contributed 11 in the loss.

In the battle between the South West Slammers and Cockburn Cougars it was the Cougars that walked away with a resounding win as the Lakeside Lightning fell to Perry Lakes Hawks. East Perth Eagles managed a 12 point win over the Eastern Suns as Perth Redbacks ran rampant against the Lighting. The Tigers also got up over Mandurah Magic by 19 points to round out the action.