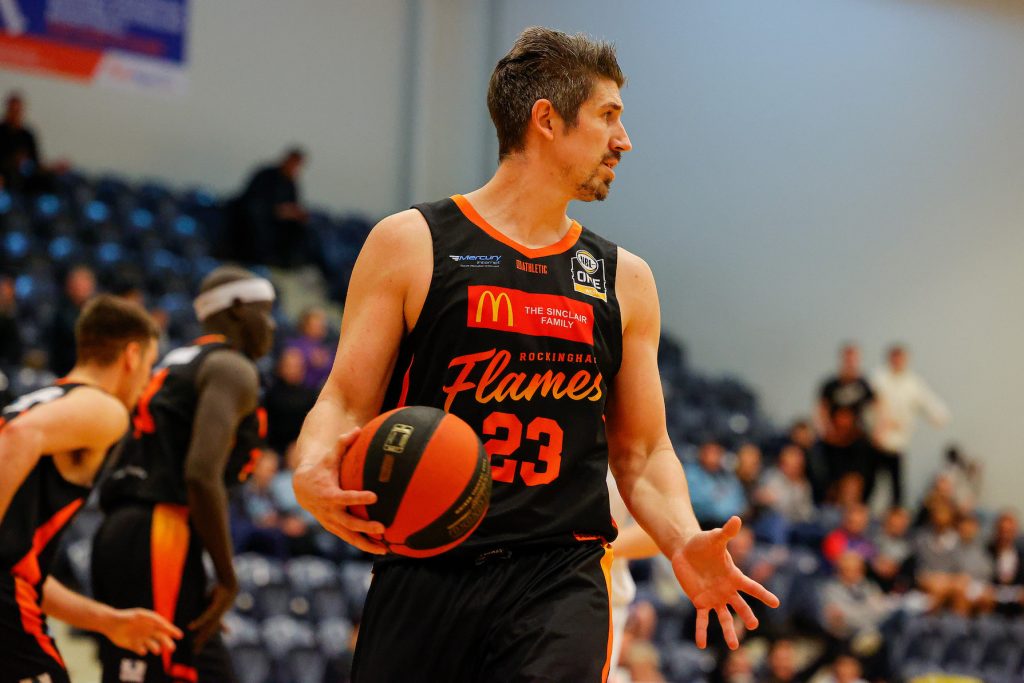 THE NBL1 semi-finals are set to bring plenty of excitement and enthralling battles with the winner of the two matches progressing through to the preliminary final the following day against either Lakeside Lightning or Perry Lakes Hawks.

The Rockingham Flames will be hoping to make the most of their second chance when they come up against Mandurah Magic on Friday. The Magic dug deep in their elimination final to clinch a one-point victory while the Flames will need to bounce back if they are to make it through to the next stage. Expect an incredibly tight match-up between the two sides given only one game separated them on the ladder at the end of the home and away season.

After an impressive performance last round, Ryan Godfrey will be hoping to hit his stride once again to give his side the best chance of making it through to the next stage. Godfrey averages 14.70 points a game along with 3.45 assists. He will need assistance on the scoring front from the likes of Tom Jervis and Atem Bior with the pair averaging 14 points and 13.71 points respectively. Jervis has also proven to be an imposing figure off the boards reeling in 9.16 rebounds a game just short of a double-double while defensively he is also sound as shown through his 2.33 blocks a game. Justin Beard is another exciting prospect for the Flames and someone they will be hoping fires on all cylinders. Beard averages in the top four for assists, rebounds and blocks with 2.76, 6.85 and 0.42 respectively.

But the Magic have some key cogs of their own that are more than capable of stepping up to the plate and causing chaos. One name that springs to mind is Scott Machado with the NBL Cairns Taipans representative able to change the course of a game in a heartbeat. Machado averages 21.41 points a game along with 6.16 rebounds and 7.33 assists. Another player to keep a keen eye on is Jerami Grace who showcased his class in the Magic’s last outing and will be hoping to put his best foot forward once again here. he averages 19.31 points, 5.45 rebounds and 2.86 assists. Brian Carlwell and Akau Deng impressed last round and will need to bring that same level of intensity in this match-up if they are to cause an upset.

Perth Redbacks will be riding a wave of success heading into the semi-final but will have to take on a fired up Willetton Tigers who will be keen to make up for their shortcomings in the qualifying finals. The Redbacks flexed their muscles in the elimination final, hitting the scoreboard with great ease and will need to activate that attacking mentality against the Tigers who average 85 points compared to Perth’s 88.

The Tigers have no shortage of exciting options that can attack the scoreboard and post an impressive total. Damien Scott and Michael Vigor have proven to be key cogs each time they step out on court and this match will be no different if they are afforded enough time and space. Scott boasts a whopping 17.94 points a game along with 4.05 rebounds, 3.47 assists and 0.23 blocks. Vigor is not too far off the pace with his 15.52 points, 10.29 rebounds and 0.58 blocks. Connor Mincherton has displayed his capacity to chime in and hit the scoreboard with his 14.05 points, 4.45 rebounds and a team-high four rebounds.

Louis Timms is coming off a stellar performance draining a team-high 32 points and will be hoping to carry that form into this semi-final clash. Not only did he impose himself on the scoreboard but so too on the rebounding front. He averages 21.95 points, 7.90 rebounds and 0.77 blocks a game making him a crucial cog for the Redbacks. Marshall Nelson is also a force to be reckoned with averaging 21.45 points a game along with six rebounds, 4.81 assists and 0.54 blocks. Isaac Gattorna-Hargrave is coming off a strong performance as is Tevin Jackson with the pair proving to be a commanding force both on the scoreboard and off the boards.