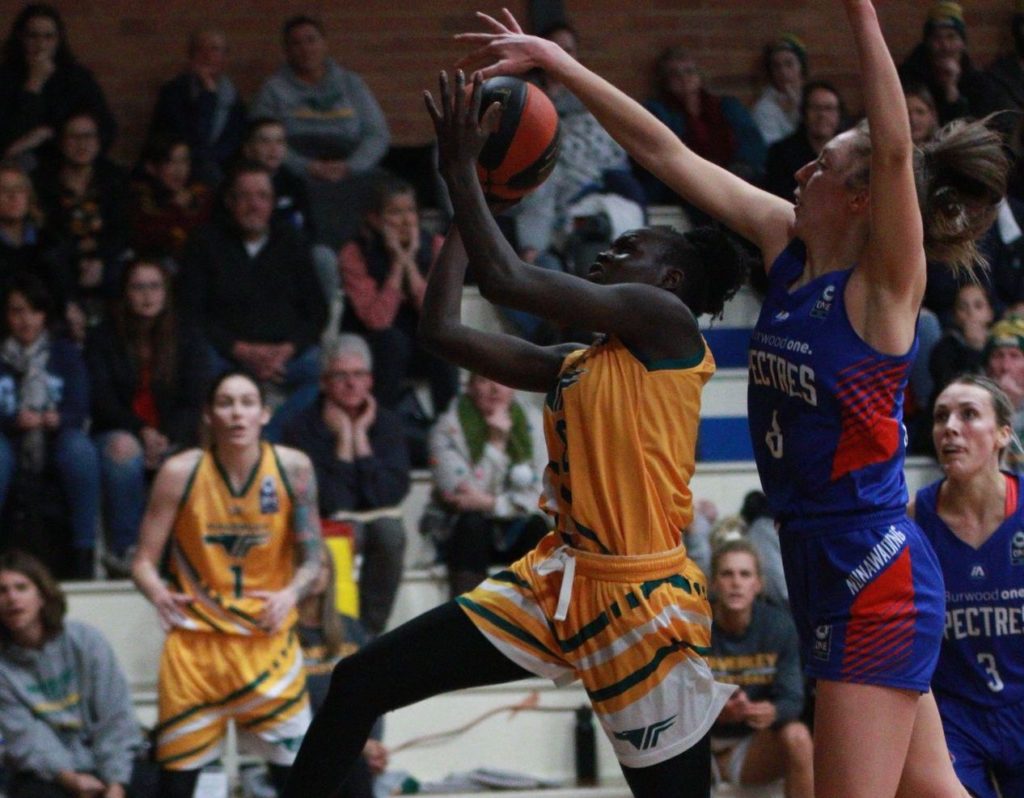 IN light of the COVID-19 global pandemic, the National Basketball League (NBL)1 South Conference has been cancelled this year. As such, while Draft Central intended to do a preview on all teams leading up to the delayed start, it will instead be a team summary from last season and what they might look to improve on for 2021. Today’s edition looks at Waverley Falcons womens side that reached the finals, but bowed out in the first week

It was a real mixed bag for Waverley Falcons in season 2019. They had a lot of positives to take out of the season, and plenty of improvements which are fixable with work. Their win-loss record was no doubt the strangest of the competition with 11 wins and nine losses, but eight of those wins came consecutively at the back-end of the year. It was a tale of two halves for the seventh placed side that reached finals, but were bundled out by Nunawading Spectres. They only lost three games by double-digits which showed they were close despite the losses mounting up early in the season, and statistically had five players average double-figure points. In terms of team stats, they ranked second overall for both offensive and total rebounds, and inside the top five for assists and free throw shooting.

Playing catch-up basketball is never ideal, but that is what the Falcons had to do in order to play finals. They won the last eight games and only scraped into the finals series due to losing nine of the first 12 matches – including six of the first seven – which normally would rule you out of finals but the Falcons refused to throw in the towel and rewarded for it. Statistically the Falcons needed to up their scoring, ranked 14th overall in the competition for total points and two-point percentage. They did have five players average more than 10 points per game, but two of those combined for 19 total games and only one started every match. They also finished in the top five for both turnovers and personal fouls, something that can often come with pressure and tight games, which the Falcons experienced regularly.

A shining light and consistent performer week-in, week-out. Bowen averaged 13.6 points, 8.2 rebounds, 2.4 assists and 1.7 steals, topping her side in both rebounds and steals for the season. Most impressively, she was able to play every game, only one of two players to start in each match and had the highest efficiency rating of anyone on the team. While her accuracy was lower than her teammates at 33.4 and 23.3 per cent for two and three-point shooting respectively, she was often marked by a defender when attempting to shoot such was her prestige in the competition.

The dual sport athlete entered the fray on the back of a solid AFL Women’s season with Melbourne and instantly had an impact. She finished the season playing 18 games for the Falcons and the team was better for it. She was predominantly a player who would get close to the basket and potentially earn the foul where she finished off from the free-throw line 85.2 per cent of the time. By season’s end, Cunningham would average 14.1 points, 7.2 rebounds, 2.1 assists and 1. steals.

The Falcons would have loved to have had Ernst for more than just 10 games, because her half-season was one to remember. In that time she averaged 16.5 points, 7.6 rebounds, 3.2 assists and 1.7 blocks, becoming a secondary facilitator to Sam Donald – the only other consistent starter. She was a solid from three-point range with a 34.8 per cent efficiency from long-range, while knocking down 40.3 per cent from inside the arc.

The Falcons were a relatively experienced outfit, with Lok the only teenager coming into the season. While the then 18-year-old did not start in a game, she managed to get on court 17 of a possible 21 games, and put up decent numbers of 4.8 points and 2.2 rebounds from limited minutes. Despite standing at 180cm and not having the experience of other players, she was able to receive enough fouls to go to the line for 25 attempts, nailing 24 of them for an elite efficiency of 96 per cent.

Continuity. They might have finished low down on the scoring side of things, but when they could get all their starting five on the court, they look the goods. Winning eight consecutive games to end a season is no fluke and if they can get some continuity it will bring greater consistency.

The Waverley Falcons might have exited the 2019 NBL1 finals earlier than they would have hoped, but to get there altogether was a remarkable achievement considering where they were at the mid-point of the season. They showed determination to fight their way back into contention, and with some luck and consistency in 2021, they could be a big riser next season.