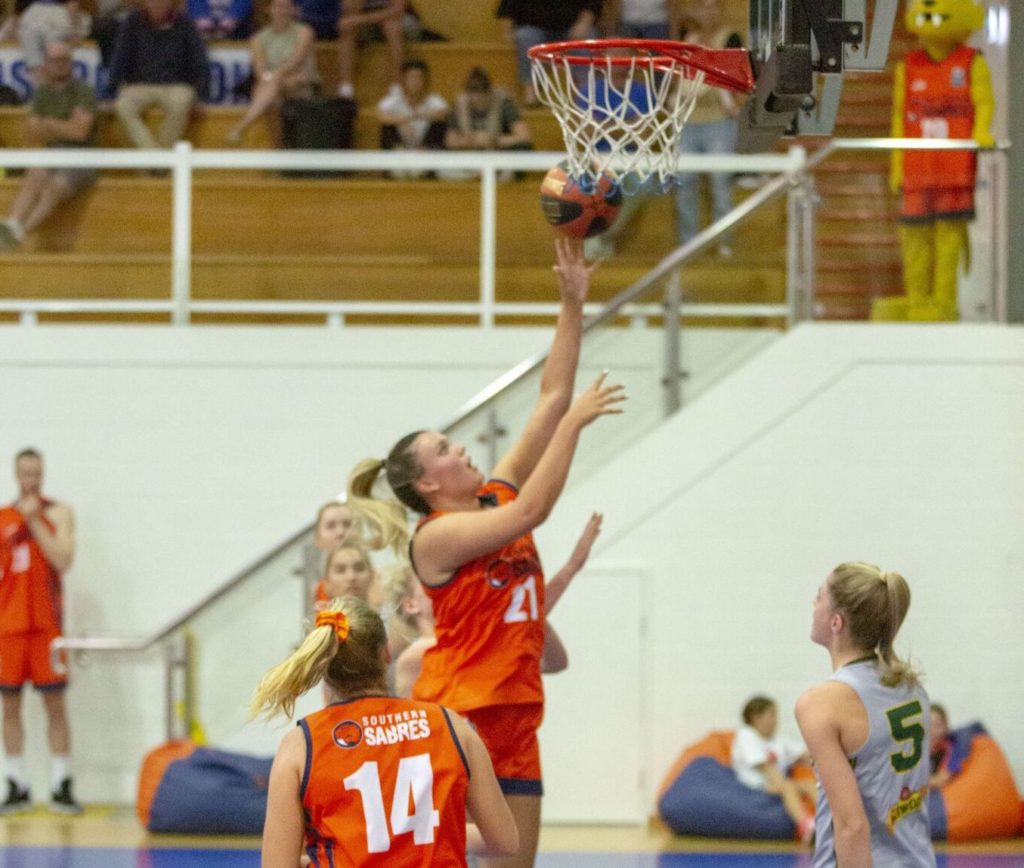 IN light of the COVID-19 global pandemic, the National Basketball League (NBL)1 South Conference has been cancelled this year. As such, while Draft Central intended to do a preview on all teams leading up to the delayed start, it will instead be a team summary from last season and what they might look to improve on for 2021. Today’s edition looks at Southern Sabres womens side that finished 16th overall.

The 2019 NBL1 season was definitely about providing games to some of the Southern Sabres’ talented youth prospects coming through the program. Heading into the season, there were eight players aged 20 or under on a large list, while just three were above 26. Their season on court might be hard to find positives in terms of pure results, but they were competitive at different points, coming close with seven losses by single digits, including two one-point defeats in the final three rounds. They were able to defeat a couple of finalists on the road in Dandenong Rangers and Frankston Blues, and started solidly considering their youth, winning two of the first six. Their away record was actually okay considering a lot of non-finalists finished with worse, winning four of a possible 10 games on the road, needing to just improve their home record. They ranked inside the top five for steals with 9.6 per game, while forward, Rachel Jarry had a superb season, almost averaging 20 and 10 from a points and rebounds perspective. Sure it is easy to say that 2019 did not go to plan, but there were still areas that the Sabres could pick out as positives for the future.

As already mentioned, it is easy to pick out things that did not quite go to plan, but there were a lot of near misses. The Sabres did not win a game at home for a start, and after the first six games, would only win two more in the last 14. They came close on a number of occasions and could have won a couple of the late ones, but they struggled with the fundamentals. Ranking in the bottom three for scoring, accuracy and rebounding, the Sabres just could not match it with the top sides in that regard. Had they made more of their chances and had a greater impact off the boards, then those narrow losses might turn into wins, which is something to be optimistic about for the future if they can tweak certain aspects of their game.

Jarry was the standout player from a Sabres perspective, who racked up team-high totals in points, rebounds, assists and steals. She played every game for the season, almost putting up 400 points for an average of 19.6 per game, to accompany 8.7 rebounds, 2.7 assists and 1.9 steals as well. Her field goal accuracy was a low 37.7 per cent, but when heading to the line, she was reliable with 82.2 per cent. Providing a strong presence defensively, Jarry added more than six defensive rebounds a game and a block every two games, denying the opposition in the air or pickpocketing them around the court.

The forward was 24 coming into the season and averaged 14.6 points, 4.9 rebounds, 2.1 assists and 1.9 steals, working her way off the bench on six occasions to start in 10 games. In the end she started the fourth most of any player on the side, and was the most reliable three-point shooter on the team with 26 makes for an efficiency of 37.7 per cent. She also averaged 46 per cent from the field and 70 per cent from the line, committing fewer turnovers and personal fouls than others on court and working well in tandem with Jarry.

A late inclusion to the side, O’Neill finished the season with nine games but had an impact in that time, averaging 11.8 points, 4.7 rebounds, 1.8 steals and a team-high 4.6 assists. She facilitated a lot of plays on the offensive end with her passing and it was that area which the Sabres lacked at times. O’Neill brought that point of difference, and while she was not a long-range shooter, she still managed 44.8 per cent from the field and a terrific 85 per cent from the free-throw line. O’Neill came into the side after finishing college with St Francis and used her ball handing abilities to give the team confidence going forward.

There are plenty of young guns who could have slotted into this spot, but Batish earns the nod having the highest efficiency rating of the lot. She averaged 9.1 points, 4.6 rebounds and 2.2 assists per game, taking the court in 19 of a possible 20 games. She was the most accurate shooter from the field with a 47.4 per cent efficiency, and also made her free throws count more often than not. In her early 20s, Batish looms as a player for the future standing at 189cm and able to match the more experienced opposition players in the five position.

Scoring power. The team just needs to pick up the scoring and the wins will come. They had plenty of young guns coming through the ranks, led by a number of solid contributors who were able to get close on a number of occasions and win a few tight games. If they can add a couple of players who can average double-figure points and ideally five or more rebounds per game, then facilitating the scoring will be easier.

The Southern Sabres might not have had on-court success in 2019, but were able to provide plenty of experience to younger players in the side and it will hold them in good stead for the future. If they can add more firepower and build their transition offence to be more damaging, then watch out in the coming years.