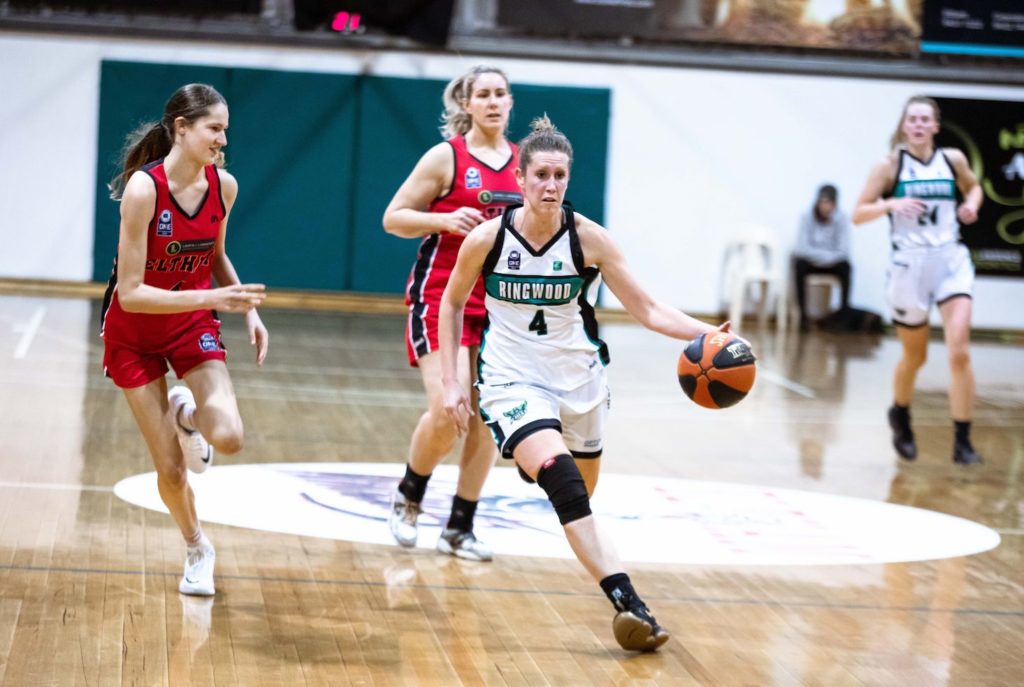 IN light of the COVID-19 global pandemic, the National Basketball League (NBL)1 South Conference has been cancelled this year. As such, while Draft Central intended to do a preview on all teams leading up to the delayed start, it will instead be a team summary from last season and what they might look to improve on for 2021. Today’s edition looks at Ringwood Hawks’ womens side that reached the top four at the end of an exciting regular season, but bowed out in straight sets.

Ringwood Hawks enjoyed a really strong regular season, finishing third overall with 8-3 and 7-2 records at home and away respectively. It earned them the double chance which they needed and unfortunately were unable to utilise it, though it should not be forgotten how well they performed up until that point. They ranked fourth overall in offensive rebounds, giving themselves great opportunities for second chance points, also predominantly getting close to the basket for lay-ups or putting up two-point jumpers. Defensively, the Hawks were one of the best sides in the competition, ranked fourth overall for blocks and third overall for steals which was handy in denying opposition sides the chance to score. Ringwood was not afraid to win in a low-scoring contest and it also helped that they had continuity in their starting line-up. Three of their starters played all 22 games, while another played 21 for 18 starts, and the fifth being 17 from 17. Only on nine occasions did a player outside the regular starting five start on court, which helped the team put out a consistent effort each week.

Statistically what went wrong was mostly the accuracy when it came to finishing off their hard work up the court. The Hawks ranked in the bottom four in both three-point and free-throw accuracy which limited their effectiveness outside the two-point shot. Ringwood also did not have the same impact off the defensive boards, but that was hardly a surprise considering the high level of blocks and steals per game the Hawks earned reducing the amount of shots put up by the opposition to begin with. They did reach finals and earned the double chance, but unfortunately back-to-back losses to Geelong Supercats and then Nunawading Spectres bundled the Hawks out of finals, a couple of games they would love to have back again.

One of the top players across the season, Mihalko was impressive with 17.0 points, 7.4 rebounds, 1.8 assists and 2.0 steals per game being as strong defensively as she was offensively. Not only was she able to win the ball back from the opposition, but she was clean with ball-in-hand committing just 36 turnovers for the season, and being accurate from the field with 45.3 per game, mostly only weighed down by her 28.2 per cent three-point shot. She still drilled 37 shots from long-range, and she was deadly from the free-throw line, though it was her ability to force turnovers and get the ball back, second overall in defensive rebounds for her side.

The other player with almost identical stats to Mihalko, Mullings averaged 15.9 points, 7.3 rebounds, 1.7 assists, 1.9 steals and 1.1 blocks per game. She had an even higher defensive output than Mihalko off the boards and impressed with her shot-blocking while maintaining a really solid offensive ability. She was the most accurate from the field too with 54.5 per cent, almost exclusively sticking to shots from inside the arc. Her free-throw shooting is an area of improvement with only two thirds of her attempts going in, but it was a promising season from Mullings.

The third prong in the triple threat at Ringwood, Farnworth actually averaged the most points per game in the side with 17.1, as well as a team-high 3.3 assists. With 5.8 rebounds and 1.2 steals as well, Farnworth contributed plenty across the season and was one of a couple who took their opportunities at the free-throw line with an elite 80.7 per game. Her field goal shooting was inaccurate at times, at just 38.7 per cent from the field, but that showed an area of improvement and how much she could have scored with higher accuracy, though she did drop 39 triples and never stopped going for the long-range attempts.

Being only 20-years-old entering the season, Trotto became the fifth starter in the side, averaging 5.2 points, 3.8 rebounds and about two assists and one steal per game. Her accuracy from long-range was not great, but she was still able to contribute from two-point range and support her teammates on-court. Considering she was the youngest of the starters, Trotto has a big future and showed what she can do when given a chance and can only get better from her too.

Shooting practice. In terms of their list, the Hawks do not need to tinker too much as they have three genuine top stars of the competition, with a host of supporting players who are more than capable of stepping up when required. It was more the shooting accuracy that could hurt at times, and this is fixed with plenty of focus on the area, which no doubt they will be looking to do ahead of the 2021 season.

The Ringwood Hawks had a great regular season, and to finish third overall and put themselves in a strong position heading into finals is a great confidence booster for the side. The post-season series did not go to plan, but that happens and if they can improve some areas of their game for 2021, expect Ringwood to be a contender once again.