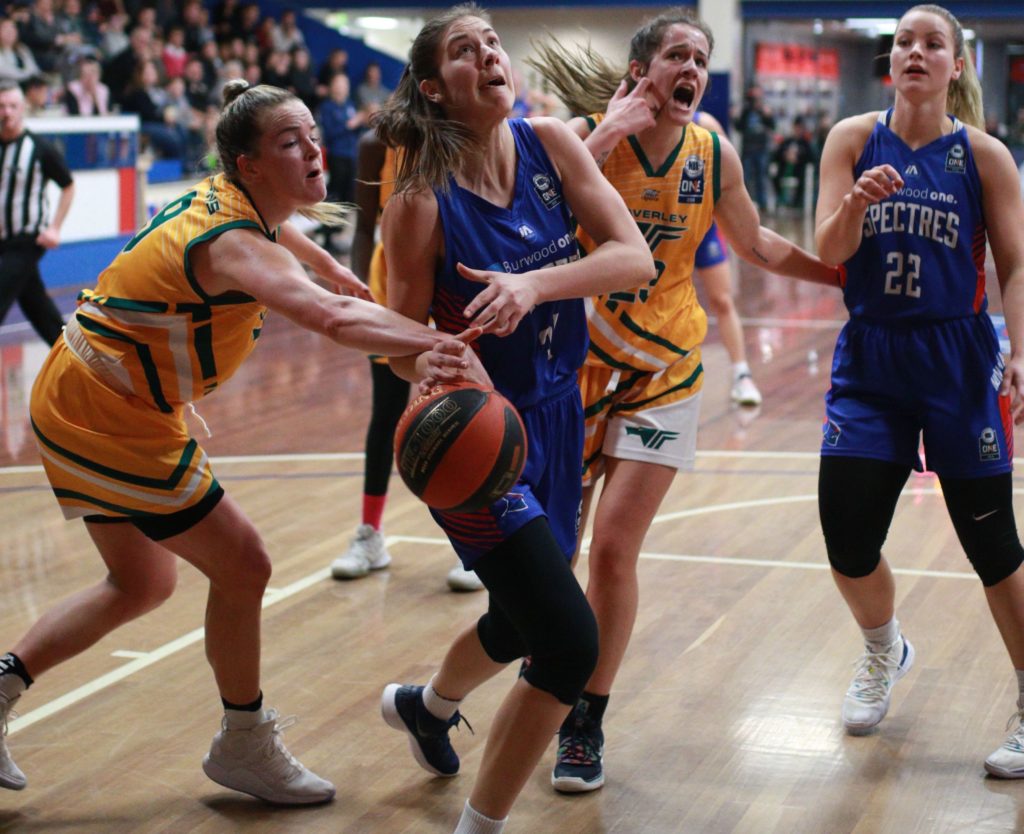 IN light of the COVID-19 global pandemic, the National Basketball League (NBL)1 South Conference has been cancelled this year. As such, while Draft Central intended to do a preview on all teams leading up to the delayed start, it will instead be a team summary from last season and what they might look to improve on for 2021. Today’s edition looks at Nunawading Spectres, a side that reached the final four from sixth before running into eventual premiers, Kilsyth Cobras.

The Nunawading Spectres had a really strong overall side which featured six players who averaged double-figure points across the journey. Of those six, three were starters who played every game of the season, and were able to lead the scoring charge for the team. Offence was a clear strength for the Spectres, as they went on to be ranked in the top five for total points, two-point and three-point accuracy which made them hard to stop when they were on fire. As well as getting the job done offensively, they were tight defensively, denying their opposition on average 3.4 times per game with strong blocks. Despite finishing sixth with 12 wins from 20 games and just a solid win-loss record at both home and away (6-4), the Spectres stood up in the finals series, knocking out Ringwood Hawks in straight sets and advancing to a preliminary final. Additionally, the Spectres had an abundance of youth on the team and were setting up for a huge future.

The last three quarters of the preliminary final are something the Spectres would like to have back after only trailing the eventual premiers by a point at quarter time. Unfortunately Nunawading was simply outplayed in those final three terms, scoring 38-60 to go down by 23 points at the final buzzer. Statistically throughout the season the Spectres were generally solid across the board, but could do with a few tweaks of cleaning up both their discipline and turnovers with a top five finish in both personal fouls and turnovers.

One of only two players above 25 years of age, Scheer guided her young side throughout the season and was a consistent performer across the board. Of those players to take to the court in 10 games or more, Scheer recorded team-highs in points (14.5), rebounds (8.0), assists (3.3) and blocks (1.4). The 190cm forward was bale to provide a reliable source of scoring when fouled and sent to the line with a 77.4 per cent efficiency rate, whilst she was okay from the field with 46.3 per cent success.

One of plenty of young talents, the then 20-year-old lit up the NBL1 season by matching it with many of her more experienced opponents on her way to a strong contribution off the boards. Finishing the season with 11.1 points, 6.0 rebounds and 1.2 blocks per game, Pizzey became a great aide teaming up with Scheer in the forward half of the court, and was more accurate as well despite a lower volume of shots, shooting at 53.8 per cent from the field, 65.2 per cent from the line and 33.3 per cent from long range.

Remarkably one of the older group at just 22-years-old entering the 2019 season, Antoniadou was the third player to play in all 23 games. She was elite from the free-throw line with 40 makes from 46 attempts, and also provided her team with great value from long-range, putting down 35 threes from 99 attempts. She averaged 11.2 points. 3.4 rebounds, 2.7 assists and 1.0 steals per game in a solid season from the 173cm pocket rocket.

There is a Melbourne Cup field of worthy entrants in the Young Gun category, but D’Angelo showed for Adelaide Lightning in the 2019/20 season what she had developed during the NBL1 season. Whilst she only started on 10 occasions from 19 games played, she averaged the 14.0 points, 3.8 rebounds, 2.4 assists and 1.5 steals in a real balanced season. Capable of shooting from anywhere, she was strong from the line with a 78.8 per cent accuracy, and left little doubt that the young gun has a huge future.

A playmaker to base the offence around. Looking at how the season panned out and the performance of all players, it was clear the Spectres had a really even team and did not rely upon one shooter, Aside from the players already mentioned, Maddie Garrick only played the eight games and Eliza Chilcott finished with 13 as both averaged double-figure points. With the highest points scorer being 14, adding a real dominant player to lead the offence would have been the cream on top. Perhaps someone like a Cayla George would be a perfect addition for this side.

The Nunawading Spectres were like a jigsaw puzzle that you could see had almost all the pieces to be complete. They just lacked that final piece to take them to the next step, and if they can bounce back, bring in George and reload for 2021, then this side will be a real danger and deserve to be up in the top couple of teams in terms of premiership contention.