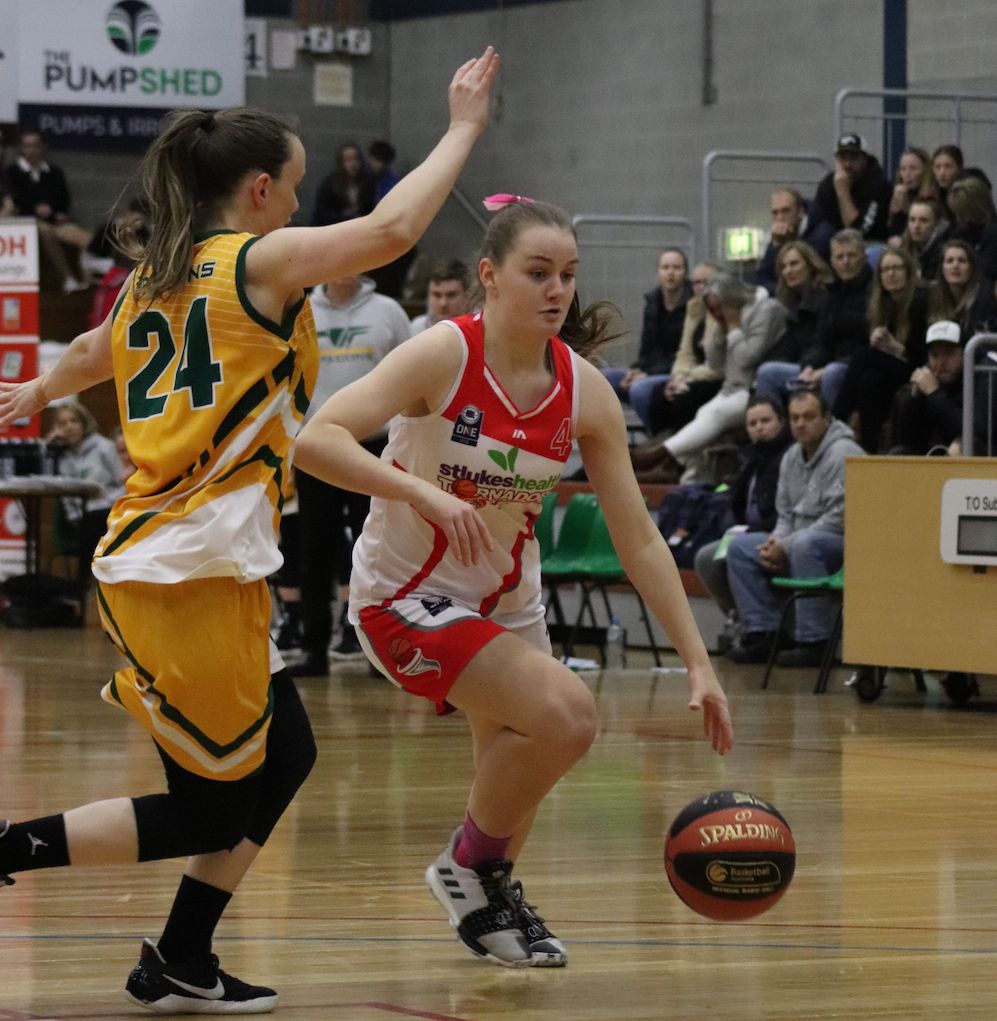 IN light of the COVID-19 global pandemic, the National Basketball League (NBL)1 South Conference has been cancelled this year. As such, while Draft Central intended to do a preview on all teams leading up to the delayed start, it will instead be a team summary from last season and what they might look to improve on for 2021. Today’s edition looks at Launceston Tornadoes who finished 17th overall with a young list and were solid on the road but struggled at home.

When taking into account the Launceston Tornadoes season, one has to cite the age profile of the list. While there would be plenty to look at and question on numbers, perhaps the most important number is that only three players on the list had reached their 20th birthday by season’s start. It meant coach, Derrick Washington had to fast-track a band of talented teenagers and a couple of those – Sarah O’Neill and Rebecca Abel became regular starters in the side and held their own out on the court. The experience in Brittany Hodges and Stella Beck was crucial, while the “veteran” of the team was Stephanie Gardner at just 26-years-old. All this considered, Launceston’s start to the year was impressive, winning two of their first five games – against Hobart Chargers and Waverley Falcons – and only dropped their first two games by a combined eight points. Considering their inexperience, the team was also quite disciplined, ranked in the bottom three for personal fouls committed, whilst they finished the season on a better note with a drought-breaking win against Diamond Valley Eagles.

Unfortunately for the Tornadoes, there was plenty that did not quite go to plan, both from a personnel and statistical output perspective. Brittany Hodges‘ ongoing injury issues – that saw her miss a large portion of the season and only play 11 games – really hurt the Tornadoes because it was clear they were a far better side with her in it. Having last played in the five-point win over Albury Wodonga Bandits, Hodges only managed a brief time on court a month later before spending another month on the sidelines and only playing two more games after that win. In those games without her, the Tornadoes won one of nine and it was a part of a nine-game losing streak from May until July. Statistically, they struggled on the defensive end with rebounding and blocks all ranked in the bottom three of the league, and their shooting accuracy was in the bottom three for two-point, three-point and free-throw shooting.

The standout Tornadoes player in terms of her ability to get on the court and contribute in multiple facets was Beck, who finished with practically a double double of 14.4 points and 9.9 rebounds. She was strong across all facets of the game notching up three rebounds and three steals per match to lead the side strongly. In fact her ability to win the ball back from the opposition was what separated her from her teammates – winning two more steals per game than any other player.

Managed the 18 games in the season, starting the second most of any player on the list. Recorded team-highs in points (17.0) and assists (4.3) per game, and matched her assists with rebounds (4.3). She was accurate from beyond the arc, and became the team’s potent three-point shooter, working hard with O’Neill in there to worry opposition defences into trying to contain them from long-range. Being the oldest in the side, Gardner is still very much in her prime at 26, and no doubt can still get better.

Her ongoing injury issues in the second half of the season were frustrating for everyone involved because she showed in her 11 games just how dominant she could be. Even including the June loss to the Supercats where she re-injured herself, Hodges averaged 16.2 points and 11.4 rebounds to be the number one rebounder in the side. If she had played more matches, then no doubt the Tornadoes win tally would have also increased. Finished with an impressive 50 per cent from the field too and got to the basket regularly.

Hard to believe O’Neill was just 17-years-old when entering the season because she became a seasoned professional from day dot. The only player to start in every single match and be one of two to take the court in every match, O’Neill stepped up against much older and experienced opponents to finish the season with 14.8 points, 5.4 rebounds and 2.0 assists. She still has areas to work on including her shooting accuracy from two-point range, but she dropped three-pointers 35.8 per cent of the time, and led the starters on her side in free-throw shooting wiht 79.5 per cent accuracy.

Time. It is unsure what the cancelled season will do for the Tornadoes, but no doubt that they have something special brewing down on the Apple Isle. They have so many talented kids who could come up and play a role, and that will just take time. If they can get back on the court in any way, shape or form before the year’s out, then development will be the key.

The Launceston Tornadoes might have struggled when it came to overall standings in the NBL1 South womens competition with just the four wins and only one at home, but the age profile of the list was always going to make it difficult. Looking past pure numbers there were plenty of positives for the Tornadoes, particularly going forward into the future.