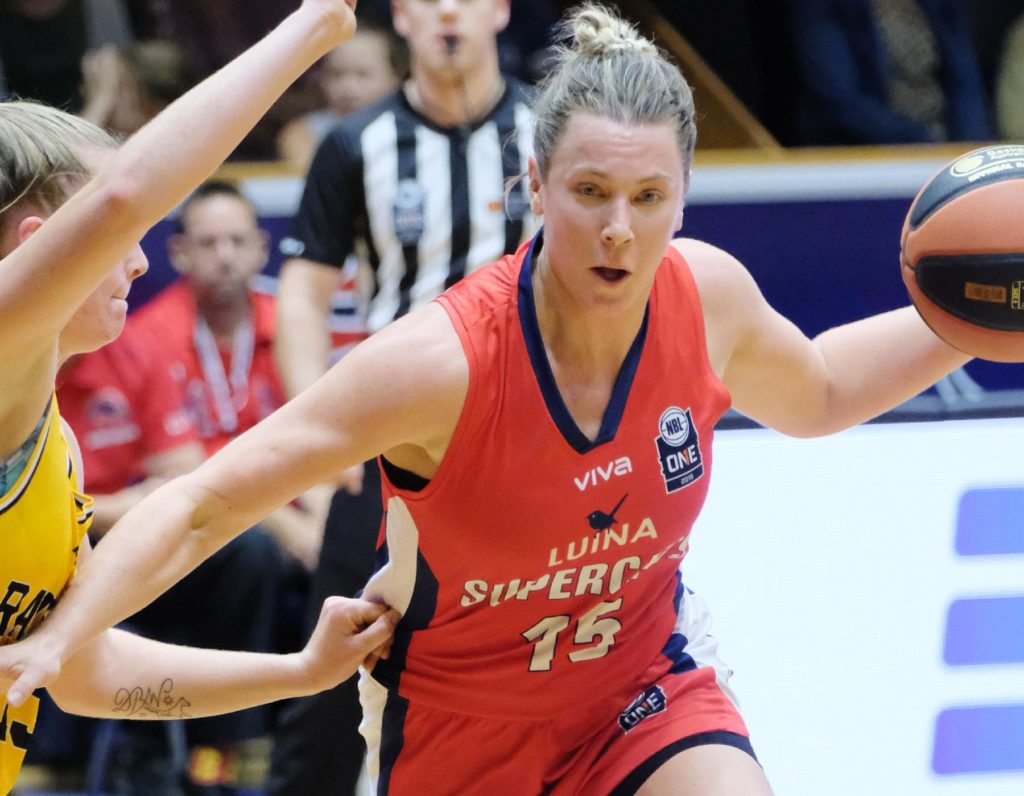 IN light of the COVID-19 global pandemic, the National Basketball League (NBL)1 South Conference has been cancelled this year. As such, while Draft Central intended to do a preview on all teams leading up to the delayed start, it will instead be a team summary from last season and what they might look to improve on for 2021. Today’s edition looks at Geelong Supercats’ womens side that came agonisingly close to a title, just falling short in the 2019 NBL1 Grand Final.

There was not too much the Supercats did wrong throughout the season, bouncing back from an early loss against Frankston Blues to go on a slaughtering 14-game winning streak to race to the top of the table. Back-to-back losses against Ringwood Hawks and eventual minor premiers, Bendigo Braves – with players missing – knocked the Supercats out of the potential top spot, though it mattered little as they returned serve on both those sides in the finals with wins. The depth of which the Supercats’ roster went was bordering on ridiculous with eight players averaging six or more points per game, showing their bench could just as easily adapt on-court as their starters. They also had six players with four or more rebounds per game, and six players with at least a steal per game, showing just how easily they could win the ball back off their opposition and set up scoring opportunities. They ranked first in the competition for defensive rebounds and total rebounds, while ranking second overall in assists, blocks and steals, whilst having the second least personal fouls. Basically, they were good at winning the ball back from the opposition and not coughing it up, which is why they had such a fantastic season.

It no doubt would have been a bitter pill to swallow having come off such a terrific season, knocked off the top side Bendigo just the week before and come in as strong favourites against Kilsyth Cobras in the 2019 NBL1 South Women’s Grand Final. Unfortunately the result was not to be, with the Cobras up and about from the first tip-off to lead by 10 at quarter time, 20 at half-time and 25 by the final break. It was done and dusted before the final term, and while the Supercats were able to score some baskets in the final term to make the margin more respectable, they were just beaten on the day.  Credit has to be given to Ezi Magbegor who played out of her skin on her way to 35 points, six rebounds, two assists and two steals, only bettered by Lauren Nicholson (36 points, 10 rebounds, six assists and three steals) who guided her side to victory in a vintage performance. Other than that performance, the other area the Supercats could have tightened up is their free throws, where they ranked 13th in the competition with a 71.1 per cent accuracy.

One of a number of teenagers who shaped the Geelong Supercats’ list and realistically could have been in the Young Gun category as well. Magbegor was a star throughout the season, with the Opals forward putting up numbers of 18.6 points, 6.6 rebounds, 1.7 steals and 1.6 blocks per game, shooting a really promising 55.9 per cent from the field. She was a reliable scorer, but also a reliable shot blocker and showed why Seattle Storm snapped her up with the twelfth pick in the WNBA Draft last year.

With so many young guns floating around in the team, Blicavs provided the Supercats with some much needed experience, as well as support off the boards to the likes of Magbegor and Zitina Aokuso. She averaged a team-high 8.8 rebounds, as well as 16.4 points, 3.1 assists and 1.8 steals in a really strong season where she was hard to beat as the side’s second oldest player – yet was still only 26-years-old.

Another young gun who showed some great signs developing alongside Magbegor under Blicavs, the 194cm tall went toe-for-toe with the others throughout the season in terms of output, averaging 15.9 points, 8.6 rebounds, 2.4 assists, 1.0 steal and 1.1 blocks per game. She was the clear third prong when it came to the Supercats’ attack, and she also shot at a greater than 50 per cent accuracy from the field, as well as a team-high 41.2 per cent from three-point range.

There was no shortage of who could be in this category, but with Magbegor and Aokuso up in the top players, Isabelle Borne is the next choice in line after a really promising season off the bench. She played 15 games, starting five times and averaging 9.0 points, 5.9 rebounds and 1.1 steals per game. The team’s defensive work is contagious and Bourne slotted right into the mix when on court, and is still a teenager with many years ahead.

Geelong Supercats do not need a lot to add to this roster, it will be more about availabilities as a lot of these young, talented players could play overseas, or receive college scholarships if they choose to do so. Magbegor is one already gone for the WNBA, and with eight players aged under 21 on the list, the wish that the Supercats might have is keeping the list together for an assault on the 2021 title.

It would have been a disappointing finish to the 2019 season, but Geelong Supercats would have to look back and smile at what was a really impressive year on many fronts. They had all the key ingredients to take out the title, and unfortunately were just beaten on the final day by a side in form and with a red-hot scorer on the loose. If the game was to be replayed multiple times, there is every chance the Supercats end up the NBL1 inaugural winners, but for now they will use that motivation to burn deep and prepare to tackle 2021.