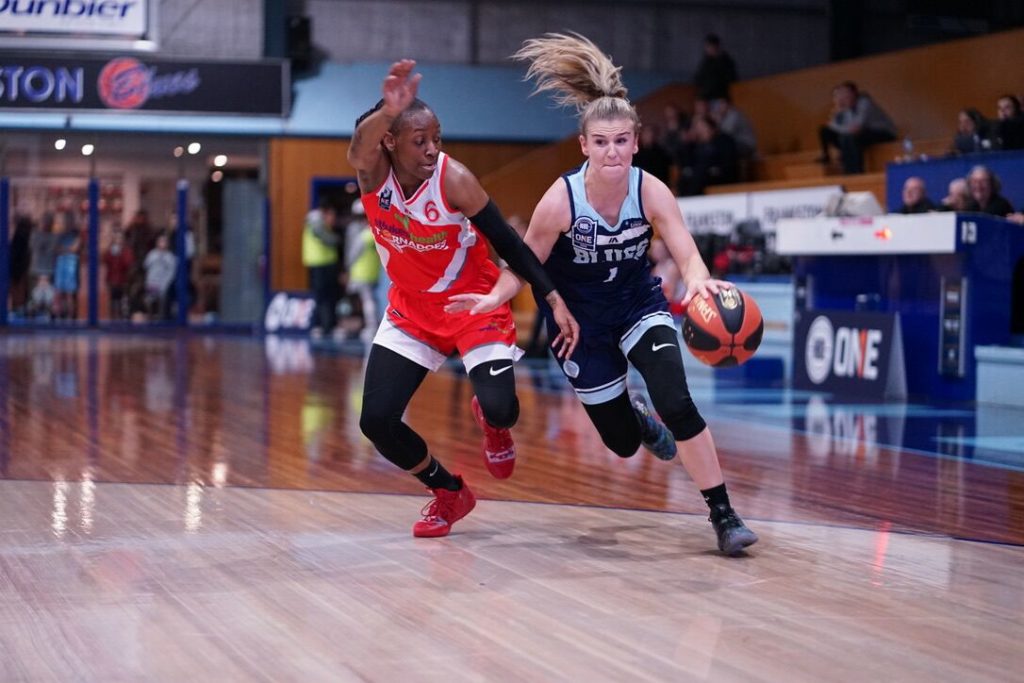 IN light of the COVID-19 global pandemic, the National Basketball League (NBL)1 South Conference has been cancelled this year. As such, while Draft Central intended to do a preview on all teams leading up to the delayed start, it will instead be a team summary from last season and what they might look to improve on for 2021. Today’s edition looks at Frankston Blues’ womens side who stormed home in the last couple of months, but fell short of finals, finishing 10th overall on the table.

Frankston had plenty of positives in a season that very much could have been something special. The Blues started slow, but finished in a barnstorming manner, winning seven of the last 11 from May 25, dropping just the four games – two back-to-back on the road and the other two heartbreaking losses to bottom six sides Sandringham Sabres and Ballarat Rush – in what would have made the fans smile. There was not too much to smile in the first half of the season bar an upset one-point thrilling win over Geelong Supercats. The other highlight was Steph Reid‘s whopping 50 points that she dropped on Launceston in front of home fans during the Blues’ 114-67 victory over the Tornadoes. She spent 34 minutes on court and had a ridiculous 19 from 25 from the field, including seven from eight dropping outside the arc. She also picked up 10 assists, seven steals and two rebounds in a match to remember. Defeating the Supercats and the eventual premiers, Kilsyth Cobras during the season would have been a huge boost for the Blues’ confidence going into next season, whilst their offence was ranked in the top four for points and two-point field goal accuracy. Defensively, pick-pocketing opposition sides nine times a game on average put the Blues fifth overall.

Not making the finals would have cut deep for the Blues, but there were some clear deficiencies in their game, as well as the slow start that could attribute to that fact. Frankston won just two of the first nine games – the one-point upset over Geelong and the Launceston smashing – having to head into their 10th game with just a 2-7 record. This meant they were playing catch-up for the rest of the season, and while they nearly got there, losses to those bottom six sides hurt and ultimately cost them in the end. Statistically, Frankston ranked last for blocks per game with just 1.1 on average, and the highest ranked individual recorded just 0.4 for her season average. It does not come as a surprise that the Blues had a shorter list than their competitors with just seven players over 180cm, and the tallest measured in at 186cm. Along with blocks, the Blues also ranked 15th overall in total rebounds, which again speaks to the height of the side. Perhaps an addition or two of size could really catapult the team up the ladder.

Whilst Reid’s 50-point game was the highlight of the season, Richards provided the most points for the season on average, albeit from less games. She played 13 matches, averaging 29.9 minutes on court, getting close to the basket more than any other player on the team with 196 attempts, sinking 117 of them at 59.7 per cent. When fouled, she converted 81.6 per cent of the time, and used her stronger frame up both ends to average 10.9 rebounds per game, which was almost a third of the team’s total average. throw in two steals and assists per game, and it would have been great to see her be able to get on court more for the Blues.

Reid was best known for that stunning half century, but she did put together a reliable season, averaging 21.6 points per game. Like Richards, Reid was unavailable for a number of matches, playing just the 15 games in season 2019, and picking up 35 rebounds and 6.3 assists as the primary playmaker in the side. She also picked up 1.6 steals per game and when she was on she was red-hot, dropping an impressive 41 per cent of her three-point attempts, as well as 52.7 per cent from two-point range, and 83.1 per cent from the free-throw line.

While the points dropped off after the top two players, Smith was a reliable source across the board, being one of just two players to play every game in the season for Frankson. She averaged less minutes than the others (26.7 per game) but sank more three-pointers than anyone else (34), albeit at a lower accuracy of 30.6. She almost went at a 1:1 split between her two-point and three-point attempts, and if her accuracy had been higher she could have had a huge season. In the end, Smith finished with an average of 12.4 points, 4.3 rebounds, 1.7 assists and 1.1 steals for her troubles.

Considering the age bracket of this list, any number of players could have slotted into this spot, but Taylor makes it after being the only other player with Smith to take to the court in all 20 games. More impressively, she averaged the third highest minutes behind Reid and Taylor Lee, with 30.8 per game, and with her extra matches, meant she spent more time on court than any other Blues player – at age 20. The 183cm forward dropped 10.4 points, 5.5 rebounds, 1.8 assists and 1.6 steals, and had a team-high 0.4 blocks per game in the season.

Height and experience. The Blues had just three players over the age of 23 entering the season, with the weight of numbers on the younger end of the scale. Along with the age difference, they were also a shorter side, so bringing in a big or two would help meet the needs in the rebounding and blocking department.

If Frankston Blues can take their late season form in 2019 and run with it in 2021, then beware. They have a strong core of youngsters who could play for the next decade if they chose to remain there, while the Blues have some clear areas of improvement – that are very fixable – which would five fans plenty of hope going forward into the future.