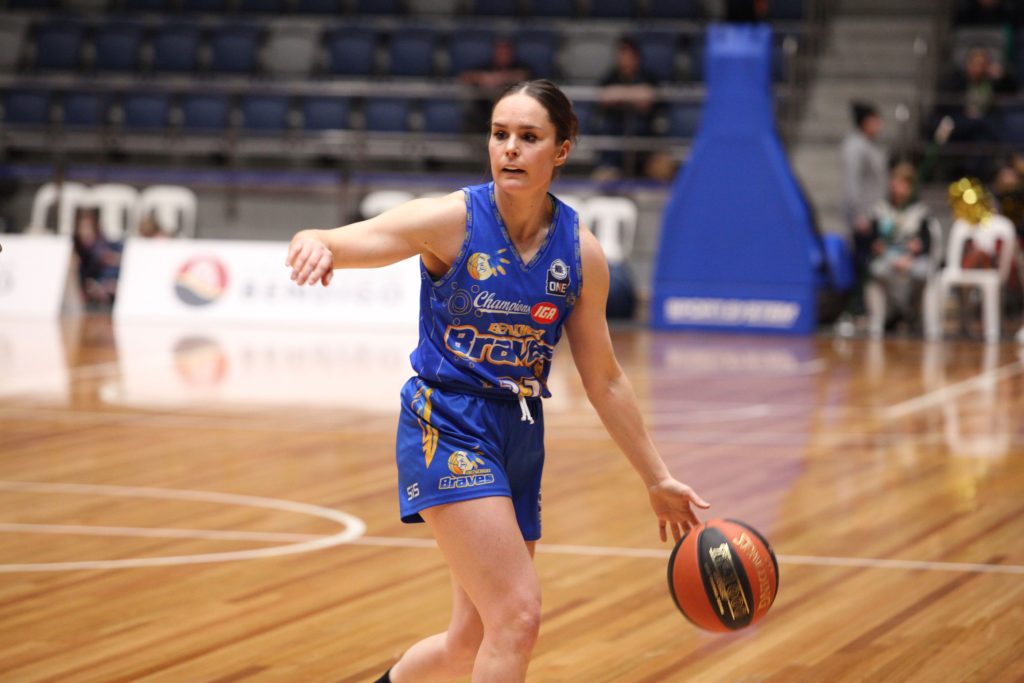 IN light of the COVID-19 global pandemic, the National Basketball League (NBL)1 South Conference has been cancelled this year. As such, while Draft Central intended to do a preview on all teams leading up to the delayed start, it will instead be a team summary from last season and what they might look to improve on for 2021. Today’s edition looks at last year’s minor premiers in the women’s competition, Bendigo Braves who fell in the finals series.

Prior to the finals series, it was hard to really find too much of a chink in the Braves’ armour. They finished minor premiers ahead of Geelong comfortably, and even had a big 30-point win over the – albeit understrength – Supercats in the final round of the season. Their only loss of the regular season came in round 11 against the Supercats, and with a 12-game winning streak heading into the finals series, few would have predicted what was to follow in the last few weeks of the competition. Aside from how it ultimately finished, the Braves were a dominant side both at home (9-1) and on the road (10-0) and were the clear standout team when it came to offence. They were ranked the top of the competition in both two-point field goal and free-throw percentage, which ensured they were getting the points whether they were fouled or not. They were also creative in their attack, able to find targets through opposition defences, with neat passes which led to assists – they topped the competition in that statistic as well – whilst remaining disciplined with the least personal fouls per game at just 12.7. In other words, so much went right except August.

Had this review been up until the end of the regular season, it would be a real head scratcher to find too much wrong with the season. They had only had the one loss to the Supercats and were firing on all cylinders come August. No one would have predicted a shock loss to Kilsyth Cobras in the qualifying final – with the Cobras sneaking into fourth, but Kilsyth racked up a whopping 16 offensive rebounds to five, and beat the Braves at their own assist game (25-22). The finals series by the experienced Lauren Nicholson was out of this world, and the qualifying final was no exception, though Sarah Boothe‘s 21 points and 17 rebounds – eight offensive and nine defensive – is what won the Cobras’ the match. A heartbreaking loss to Geelong on the road in the preliminary final ended the Braves’ chances at a flag, but they could certainly look back on a wonderful season, even if they did not get reward for effort.

An incredibly player who is almost super-human with her endurance, averaging a mind-boggling 38.4 minutes per game in the 40-minute matches. She had almost 350 attempts from the field, and got to the line for 135 free throws, averaging 87.4 per cent for the latter. Finishing the season with 19.3 points, 19.5 assists and 6.4 rebounds, as well as 2.0 steals, it was no surprise to see Wilson named as the Most Valuable Player (MVP) in the competition. Received a lot of plaudits for her season and deserved it too, with the 34-year-old like a fine wine.

A rebounding machine, Rebecca Tobin was simply remarkable off the boards, averaging 13.3 rebounds per game, with 9.3 off the defensive end and 4.0 from the offence to try and create second chance points. She also finished the year with 2.6 assists, 1.7 steals and 1.6 blocks in a really consistent season, and would have been in MVP calculations too had it not been for Wilson’s unbelievable season which just topped her and Tobin could only manage the 15 games. Unlike her teammates, Tobin did not try and shoot outside her limits, with the 30-year-old center only making one three-point attempt and mostly using her bigger frame to get to the line to muscle her way in to the basket.

Richards provided a two-prone attack off the boards with Tobin, averaging 9.2 rebounds per game and coming close to a double double herself. She averaged the 14.1 points and played every game of the season, also picking up two assists and one steal per game. Like Wilson, the 34-year-old was strong and used her bigger body to advantage around the basket, which is what made the Braves such a dominant team with two stars rebounding it so consistently every match.

The Braves do not have as much youth as other sides, with their experience leading them to the minor premiership and as a title contender. But with three teenagers named on the list at the start of the season, it was O’Toole who managed to get on court the most with 13 games, albeit with an average of just under five minutes per match. She made up for lost time however, putting up 3.4 points per game, which is almost a point-per-minute. Most impressively, O’Toole looms as a long range shooter, averaging 46.4 per cent from three-point range, sinking 13 of 28 attempts, ranking first for accuracy in the side, and equal fifth for attempts despite much less time on court.

Young depth. Bendigo’s core group of players are elite talents, but are still the wrong side of 30 and with another year on, will begin the season with a couple of 36-year-olds and a few more past 30. Tessa Lavey (27-years-old by next year’s season start) looms as the youngest starter, and while some of the teenagers got minutes, it will be about blooding the next group of players to come through the Braves program. Hopefully the veterans will look to go a week longer and push on in 2021 for a strong season.

They came so close to a title in 2019, and will be hungry to go better in 2021. There are questions around the age profile of the group, but with the form they were in for last season, it is hard to doubt them. If anything, a season off might prolong the careers of some of the veterans who earn a much needed rest. Bendigo will be a team to watch and if the list can relatively remain stable, then the Braves will be the team to beat.